Review – Message From The King

Message from the King is a neo-noir action thriller. A Netflix Original. Wait, what? Yes, you read correctly. It appears the media giant is trying to distribute through every genre possible. It also stars Chadwick Boseman. Before he completely disappears into the Marvel Universe, we get to see him showcase his talents in this dark narrative. Intrigued? So was I.

I am not going to lie. When I hovered over the thumbnail and read the description I rolled my eyes. I deliberated whether to press play. The Xbox Netflix app has this persistent feature where it either plays a snippet from the movie or starts the episode and, to my annoyance, it meant I had to press back a few times. Here is the basic premise: a South African man named Jacob King lands in Los Angeles to avenge his young sister’s death. It sounds like a typical action narrative that is good for the tired brain that cannot be bothered to concentrate. Here is how the premise really sets itself up: Jacob lands in LA, investigates the daily life of his sister in order to find her, ends up at a morgue as per advice from a local, identifies his bloodied and mutilated sister and gets extremely angry. Jacob is quite clearly a character that has more to him, yet reveals only grains of his personality. Who killed his sister is not clear, and who is important remains to be solved. The first twenty minutes of Message from the King gives you a convincing impression that we may have an absorbing thriller on our hands. I was surprised.

Yes, though with a few gripes which I will discuss later. The opening of the movie is immediate and straightforward. It does not begin showing his life in South Africa. It rolls from an L.A. airport where two unknowing border control men ask the suspicious questions and consider the shady answers. From there, it moves to Jacob investigating the whereabouts of his sister. Less is more because of the setting, the atmosphere between characters, and the slow revelations. It keeps you engaged. There is a moment in particular where Jacob passes his motel neighbour and she throws him the enquiring glance. He returns the favour so you know that she will be important at some point. By the time he finds his murdered sister you are ready. His pain and anger can be felt. Whether or not the slow build-up to the key moment was intentional, it works because when he first participates in an action scene you are exhilarated by his violent side. Message from the King wants you to know that this is not action reliant. There is a real character on display.

So it’s that good?

It is by no means perfect. The slow build-up works but then the movie, at times, has other slower moments that do not work as intended. From the moment Jacob found out his sister was dead, it should have been the catalyst to start a slow momentum to the climax of the story. The build-up was okay, but I expected a bit more with the time left remaining in the film. Message from the King fancies itself a bit, and it needs to look away from the mirror. My criticisms do not make it a bad film. It still has the integral ingredients to keep you entertained, which is fortunate. 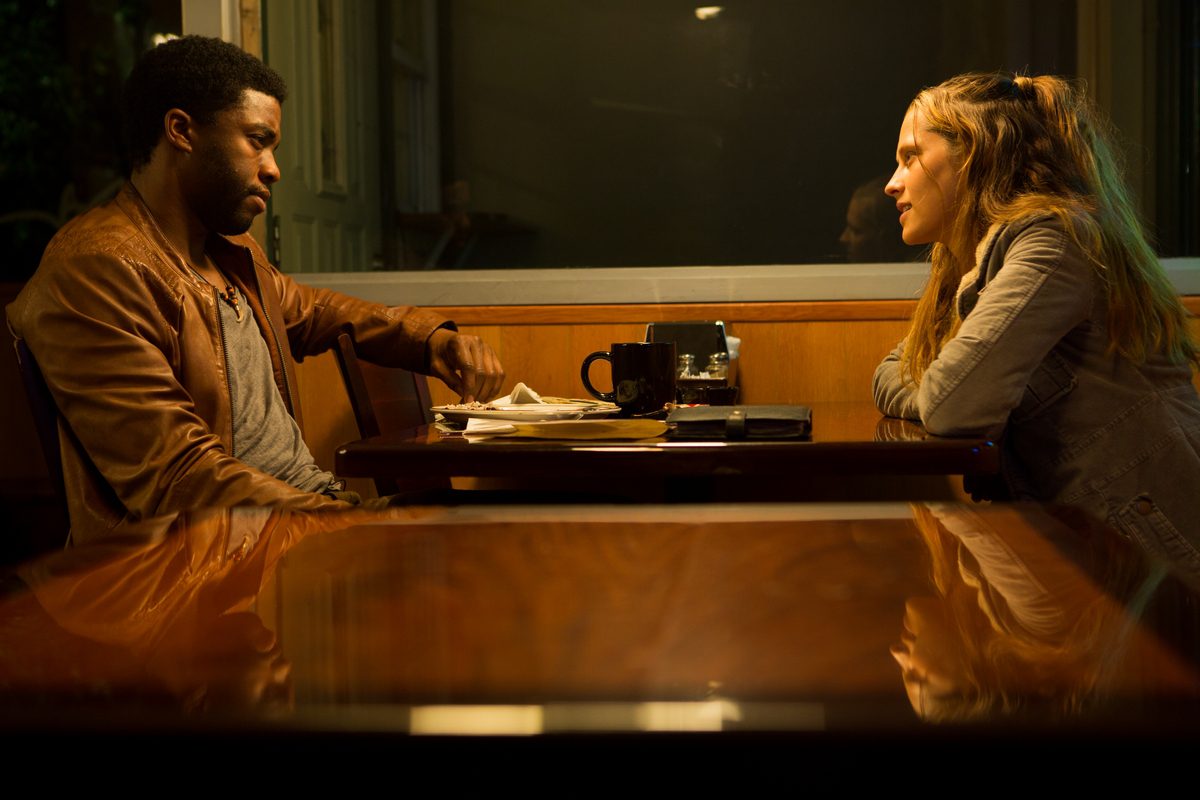 This is pretty much Chadwick Boseman’s film, which provokes good supporting performances. I mentioned recently on the podcast that some actors can do very little in terms of dialogue but their facial expression, body language and mannerisms tell more of a story. This one of those films where the lead character says little but means a lot. Especially in moments where he is in close proximity to his neighbour where most of his emotions appear to spill over slightly. The moments where danger is present are tense, which is very much needed in a slow burning movie, though I did note that some tense moments dissipate rather quickly.

What saves the movie from average to good is two elements: firstly, you genuinely want him to achieve his revenge and seek the real reasons behind his sister’s death. Secondly, he has an unspoken connection with his new neighbour, which pushes you to be curious because you desperately want to know how she will play a part in all this. Will it be romance? Friendship? A traitor? It has a slight air of Drive, where the driver has an unspoken romance yet with this film it feels less conspicuous.

Yes, when I first saw the premise I was irrationally snobby. Message from the King delivers despite moments that lacks tension with too much of a slow build-up in the middle act.

The fact is, Netflix is starting to either invest or distribute the right movies. The corporation is beginning to get the movie originals right for one reason or another. Who would have thought that after those atrocious Sandler movies I would be sitting here praising a Netflix neo-noir movie?

A Netflix neo-noir movie. It does not sound right.