It happened. It finally happened. If you are a dedicated Suits fan you will know what I mean. I did tell you last week that an episode titled “Donna” was always going to be a hit.

I had a different recap in mind to this one, but the ending was the most important moment that has happened since Mike went to prison. Everyone else became the conduit for Harvey and Donna, except Harvey and Donna. Mike somewhat surprisingly intervened and then Louis Litt, the man of the hour, delivers a relatable heart-string-pulling monologue that drives Donna to a point of uncontrollable emotion, and she does it. She kisses Harvey. Okay, I sound like a high school gossiper, but let’s best honest: we have been waiting for something to happen for seven seasons. I also feel like this recap created the Suits oracle because I did say in my summary of “Home to Roost” that I think a court case between them maybe the catalyst of something happening.

What happens now? Will the court case against Malik be undermined by this act of romance? Will Harvey break up with his ex-therapist? Will Harvey want to pursue a relationship with Donna? What will this mean for the firm? These are the burning questions which I am sure crossed your mind when that unusual moment happened. There is no point in making a prediction as anything could happen from this point onwards. Regardless, their friendship will never be the same again. The fact is, Donna has broken Darvey protocol (yes I finally used the merged names) and this will serve as an imbalance in their relationship. It is not about Donna protecting Harvey’s interests anymore. She is protecting her own. She wants to know where she stands with her own feelings. 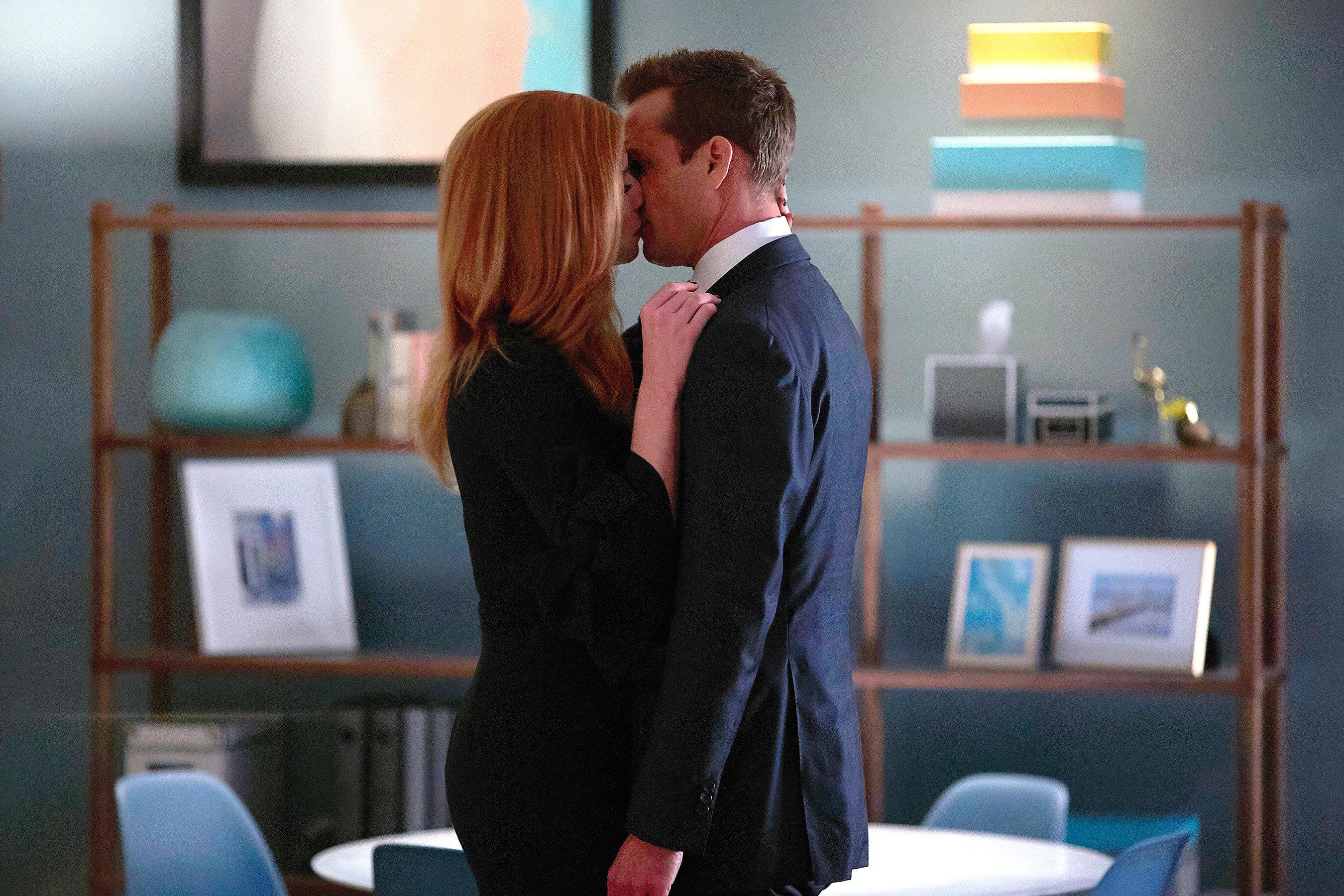 Anyway, to respect the fact that this is a recap I’ll move on.  Considering the episode is called “Donna” I found it odd that the flashbacks were about Robert Zane. The episode title, at first, did not add up. His attempted revenge resumed and came to a legal blood-thirsty conclusion. He succeeded, and in the memory of his sister he achieved justice. It was satisfying to witness the power shift to Rachel in this trial. Usually her dad is battering her down with his professional reputation, but it was her time to shine and her dad gladly appreciated the help. What next for Rachel? It is hard to fathom where her character will end up. I still predict that she will end up breaking ties with Mike.

Elsewhere, Louis is still being Louis. He feels like he is letting everyone down but the irony is that he is actually helping everyone. His character means something different now to previous seasons. The personal lessons he is achieving are fast becoming a good backstory to season seven. The problems he intentionally brought to the table were irratating by season six, so it is refreshing to have a new dimension of this character. I’ve mentioned this before, but I do believe he will be rewarded for all his personal efforts this season. There is a sense that the writers have something in store. I do wonder how he will take Jessica’s name getting removed off the wall after her sacrifice for Mike. Which order do their names go up now? Surely Specter Litt. In the past Louis would argue such small details, but not now. Hopefully.

Mike and Harvey are solidifying their brother status further. I previously predicted that they are going to go to war, but it looks like since the resolved prison case I am completely wrong. Mike will surely help Harvey, personally and professionally, for the rest of the season now.

Oh wait, I’ve just thought of my prediction: Harvey and Donna are to finally become an item, but just as all is happy, Harvey will end up in prison over the Malik case and Mike will feel helpless to save him. Oh, the irony.

What the hell is going to happen next week? Oh wait, it’s a mid-season finale. So nothing. We will have to bloody wait.

Enjoyed reading this recap? Then you will probably like listening to us too so check out our podcast