It surprises me every year that I return to the couch for The Apprentice. There is something uniquely delightful watching blundering mistakes by so-called business professionals. This year I would like to share my delight and recap each week as it unfolds, with a variety of car crashes which I am sure we will savour. Warning: there will be major spoilers in this recap.

This week’s episode is titled “Burgers” and as a person residing in Manchester, I understand the weighty importance of serving up a good burger; I mean, we do seem to have a burger restaurant around every single bloody corner. The task this week traditionally started the season on a simple foot. The candidates had to sell burgers on a stall. Let’s be honest, this episode felt more embarrassing than usual.

First of all, Michaela’s staggering claim to already have businesses with £3million turnover? The way she bumbled her words over that assertion confirmed that it was a categorical lie. 100% false, and I wish for her to make it to the interview. The reaction of the candidates was priceless. It was the most awkward opening to the boardroom ever, coupled with the cheesy “surprise” by bringing in previous winners. Sir Alan Sugar, who comes across less intimidating with each season, looks less patient by pressuring the men and women to pick a project manager immediately: Danny and Sarah are first up. 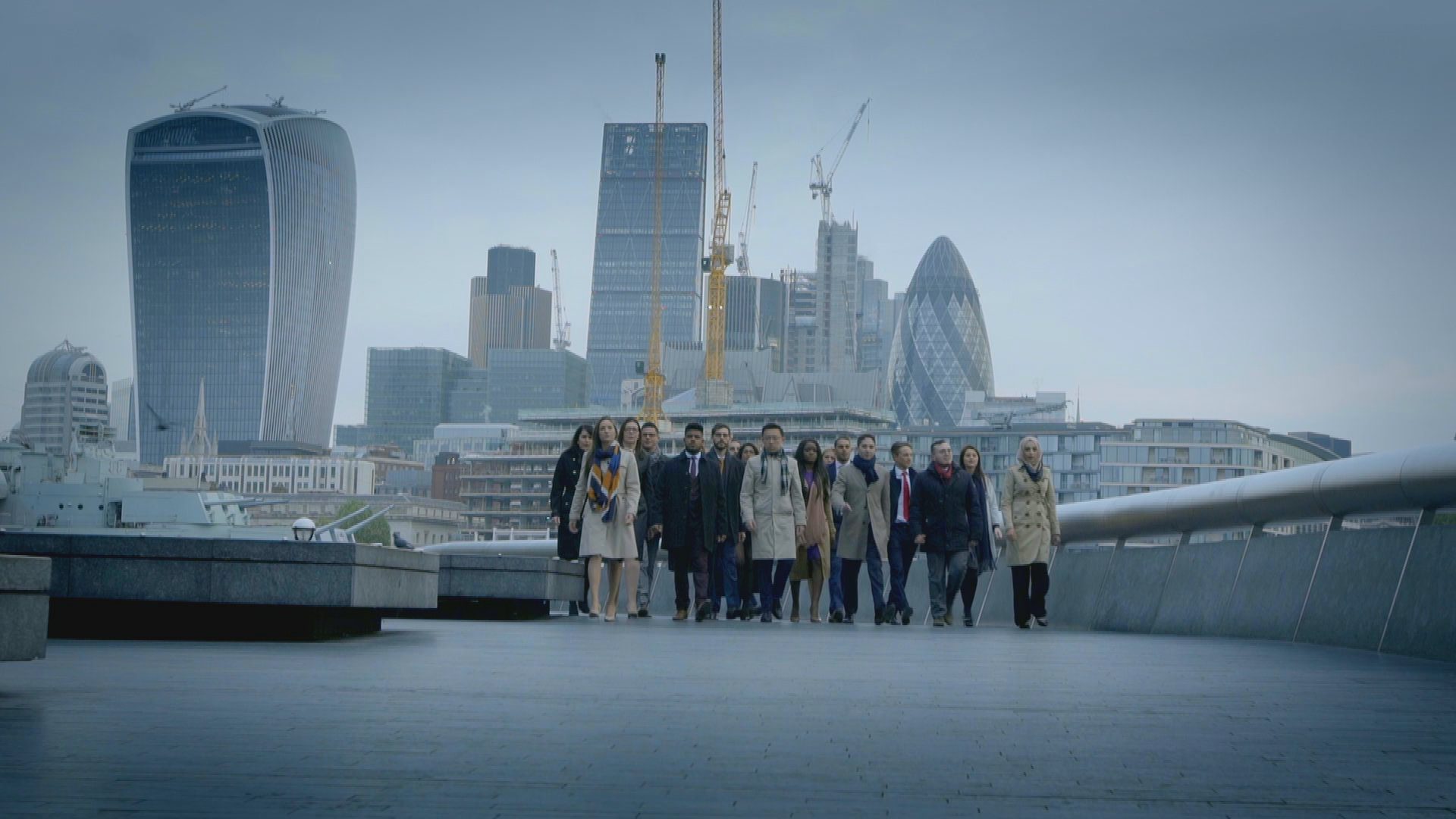 The task itself was rather dull. Nothing really happened. The women were a little ahead of the game, picking their meat, labelling them and setting up the stall by 12 noon, whilst the men forgot one important detail – lunch. They bloody missed it. That issue, in the end, was the deciding factor to the entire episode, as Danny flapped around shouting for his team to keep making burgers whilst Charles sweated over cost per meat calculations. It was no surprise that in the end the women won, but for the men to make a loss on the bottom line, on burgers, is dreadful.

Sugar just knows how to deliver those pitiless blows, doesn’t he? But what is even more worrying is that the men never realised the objective of the task. It was to make a profit, that is it. Both Danny and Charles had the same idea and they were essentially arguing about the same thing; let’s sell burgers / how much for? If either of them had a brain cell they may have fathomed that they had a great idea – sell burgers at a good price! Jeff Wan made the urgent tactical comment that both of them overlooked the task.

I knew as soon as Danny fluffed his decision on who was returning to the boardroom that he was fired. It bemuses me that with each season no-one learns from that. “Burger” was a rather straightforward episode that felt rather bland and at stages confirmed that like last year, there is no candidate worth winning. If you cannot sell a burger then what the hell can you do. The highlight of the episode is when Siobhan suggested that only attractive females should sell burgers. That well and truly riled Karen Brady. I expect her to be fired soon.

Speak to you next week.

Enjoyed reading this recap? Then you will probably like listening to us too, so check out our podcast.