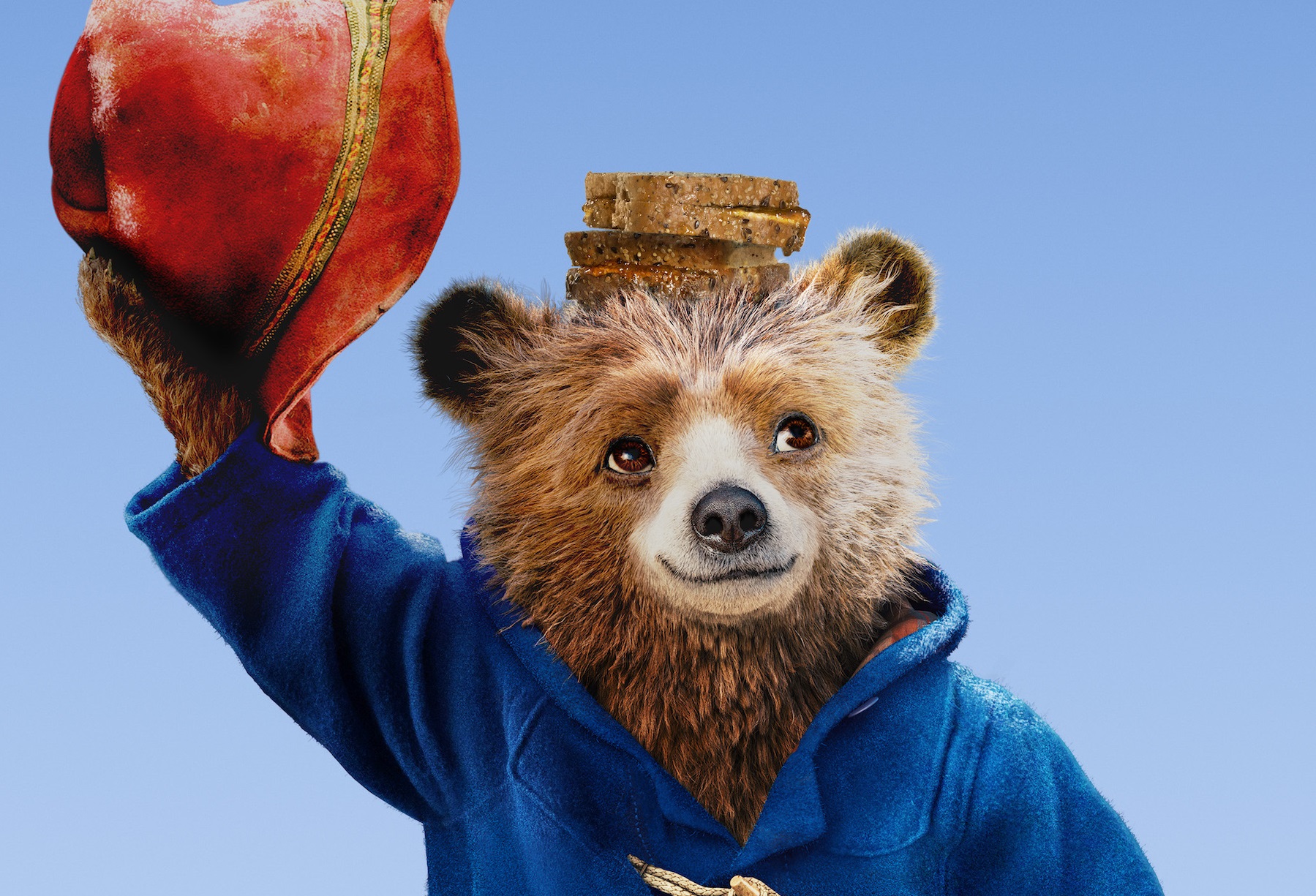 When Paddington arrived on the big screen in 2014 I was a little sceptical; childhood favourites have a history of disappointing on the big screen. Yes, I’m talking about you Optimus Prime. It turned out that I couldn’t have been more wrong. Paddington is an absolute delight, a warm bear hug of a movie that makes you feel that everything is right with the world. When a sequel was announced I felt an all too familiar sense of excitement with an extra helping of dread. Surely, they couldn’t make something to surpass the original?

Alright then, so what’s Paddington up to this time?

Paddington’s (adoptive) Aunt Lucy (Imelda Staunton) has a bit of a special birthday approaching. She’s going to be 100, and that’s rather a decent age for a bear. Paddington (Ben Whishaw) wants to find her the perfect present, which just so happens to be a pop-up book of London.

Well Paddington 2 sounds quite simple. A film about basic commerce won’t be much fun will it?

Ah hold on a second, it’s Paddington – of course it’s not that simple! Antique pop-up books aren’t exactly cheap and bears aren’t renowned for having a great deal of disposable income. Paddington decides that he’s going to get himself a job and so he’s joined the capitalist rat race.

It’s about a bear doing odd jobs then, like the Chuckle Brothers but more fur?

The first part of the film isn’t a million miles from that sort of slapstick fun, but things take a turn when the pop-up book is stolen by a mysterious thief and Paddington is framed for the crime. Things take a bit more of a turn for Paddington when he’s sent to prison and has to make friends with the likes of Knuckles McGinty (Brendan Gleeson). The race is on to clear Paddington’s name, find the real thief and get the book in time for Aunt Lucy’s birthday. Marmalade related hijinks ensue.

I can’t think of a better way to describe Paddington 2 other than utterly charming. The plot isn’t exactly complex, but then it doesn’t need to be. It is certainly a film that children will love but it’s also a film that has a lot for everyone to love. After a year of mega-franchises and shared universes, it’s a delightful change to see a film that doesn’t have a complicated back-story, an ever-expanding cast of heroes or a multi-film arc. I am (at least on paper) an adult, and I was utterly captivated by Paddington 2.

There are probably more laughs here than in any other film that I’ve seen this year. There are some great slapstick gags; for example an early scene in a barbershop is brilliant. One of the things I like about both Paddington films is that they don’t really have jokes for the kids with a few knowing jokes for the parents. Everything is meant to be funny for everyone, and it’s all the better for it. There is a bit of a trend recently for comedies to feel quite mean spirited, where we’re laughing at people rather than along with them. Thankfully, this really isn’t the case with this little brown bear.

Ok, if you say so. But it really does sound like a children’s film?

Yes and no. It’s a film about a marmalade sandwich eating bear but at the same time it covers some much broader themes. Paddington’s miserable neighbour, Mr Curry (Peter Capaldi), is the embodiment of a little Englander, a mean and narrow-minded man who looks to see the worst in anything different. It’s only when Paddington is away in prison that the rest of the community starts to notice just how much of a difference one small person (bear) made, and I really liked that as a central message.

It’s not a million miles away from something like It’s a Wonderful Life, as it does focus on the difference that small acts of kindness can make to the world. While it is presented as a kids movie, the essence of the film is actually much deeper. This is helped in no small part by Ben Whishaw’s excellent take on Paddington; he manages to perfectly balance innocence with a healthy dollop of knowing wisdom.

Wow, that does sound quite good. Was that Hugh Grant I saw on the poster?

I think it’s pretty reasonable to say that Hugh Grant is brilliant in Paddington 2 as Phoenix Buchanan. A former actor reduced to opening fetes and selling dog food. Hugh Grant’s career has been a bit of a rollercoaster of late, as he tried to wring out his last few outings as a traditional romantic lead, but his last couple of movies have really seen him move gracefully to better roles. This is an incredibly over the top and camp performance but intentionally so, and it’s really, really good. It seems unfair to say Hugh Grant’s best role of late is as a washed-up actor, but there you go. It’s certainly a compliment.

I think it’s fairly apparent that I am huge Paddington fan, so I can wholeheartedly say that this is a must. I left the cinema feeling like maybe everything would be alright with the world in the end. It is a very funny film, with a great big heart. It actually has something important to say that feels incredibly relevant at the moment. Paddington 2 might just be a film about a bear in a duffle coat, but my goodness it makes you feel good about life.