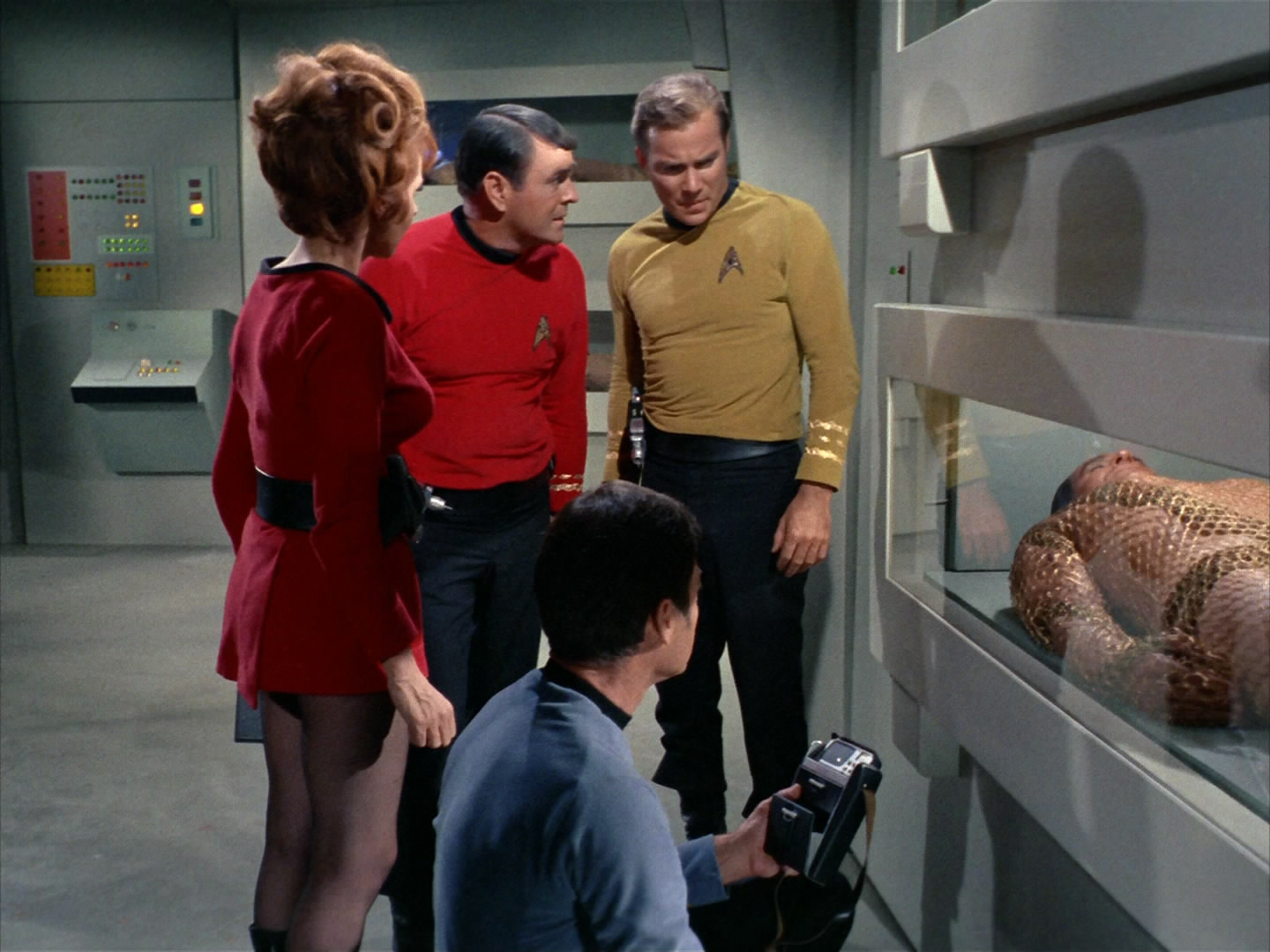 The Enterprise encounters a derelict ship, the S.S. Botany Bay, floating adrift in space, and it’s filled with 72 people sleeping in suspended animation. They revive the ship’s leader – rather, the ship revives him and when he nearly dies during reanimation the crew must save his life. This man is Khan Noonien Singh (Ricardo Montalban), a genetically engineered superman who attempted to rule the Earth during the Eugenics Wars of the 1990s. He and his crew were sent off to the stars in search of other worlds to conquer.

Soon after being revived and identified as a tyrant who ruled roughly a quarter of the Earth’s population from 1992-1996, Khan attempts to wrest control of the Enterprise from Kirk, nearly succeeding, if not for the efforts of Lt. Marla McGivers. For a short time, she was awed by Khan’s prowess, but she took pity on the crew and stopped him. In the end, Kirk exiles Khan on the planet Ceti Alpha V with the challenge: “Mr. Khan… can you tame a world?” 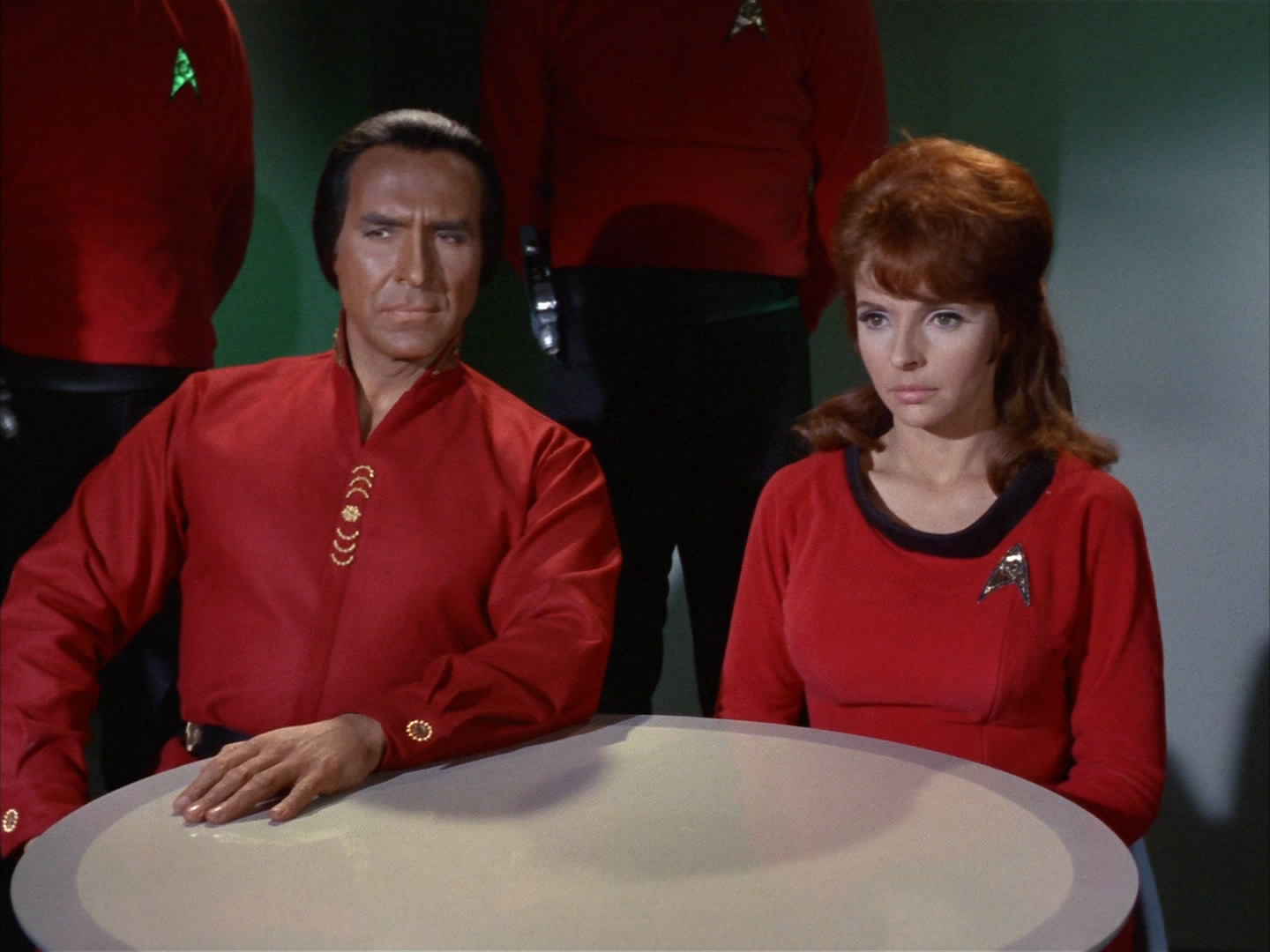 In many ways, this is simply an excellent world-building episode, deepening the show’s history and raising interesting questions about Earth’s past and our fictional future. It brings up issues of eugenics and whether or not we should meddle with our DNA. If we create supermen, would they not, by nature of might making right, possess the right to rule? Why would we assume they might submit to the will of, as they would see it, lesser beings? Does not “superior ability breed superior ambition,” as Spock states? Later, when Khan is left on Ceti Alpha V, Khan alludes to John Milton’s Paradise Lost regarding that offer: “It is better to rule in hell than to serve in heaven.”

This is also just a fantastic episode of Star Trek, not merely for the intriguing questions it raises, but also for the time it takes to establish Khan as a formidable foe worthy of Kirk and company. Kahn steals each and every scene, slowly and surely taking over the ship. 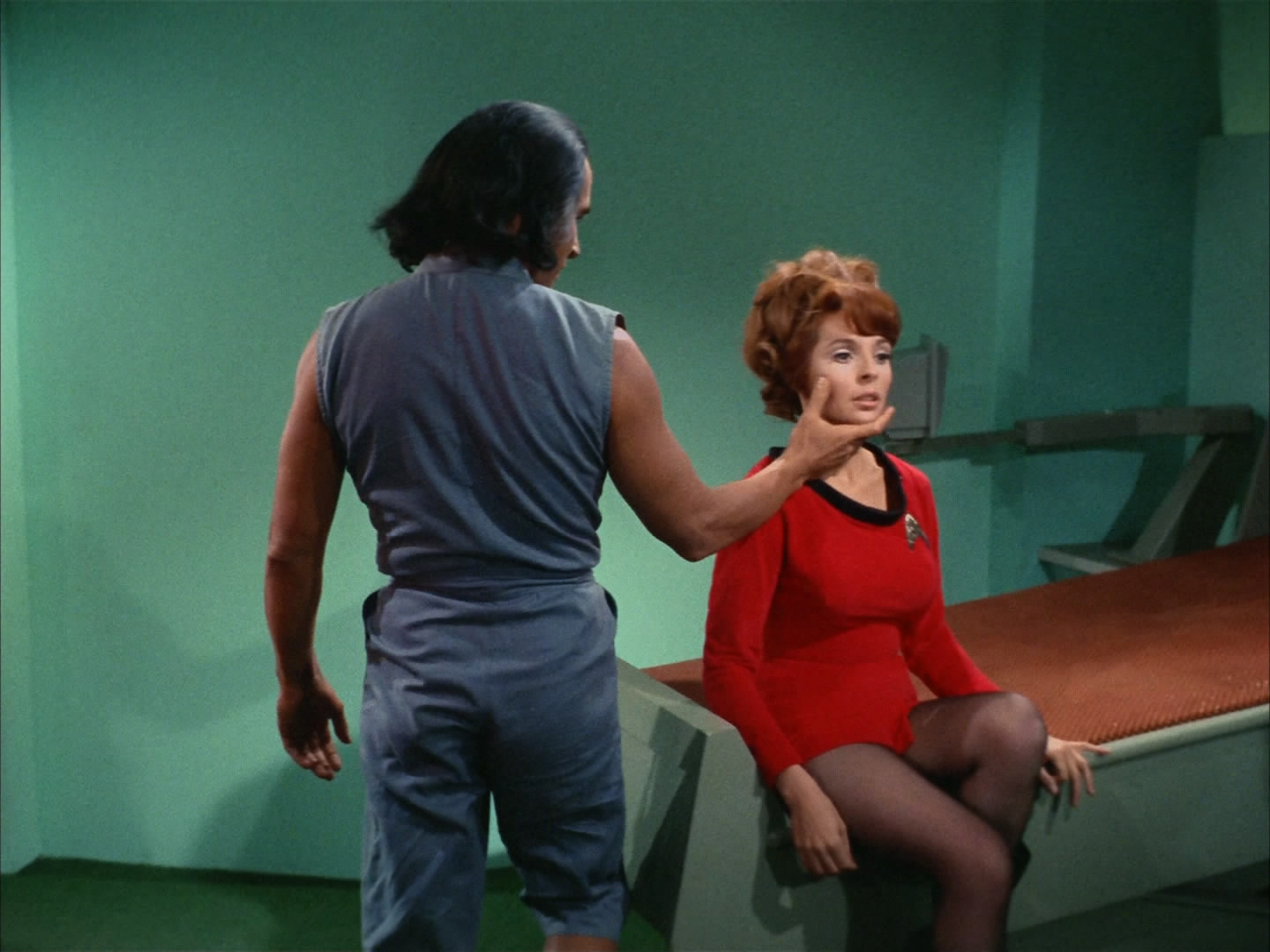 This leads to maybe my only critique of the episode: Lt. Marla McGivers (Madlyn Rhue). I should say, this has nothing to do with the actress, who does a good job. However, for the first example of a historian and artist aboard the Enterprise, all she does is fawn over Khan. He’s directly both emotionally manipulative and physically abusive of her, and she decides to support him. They take pains to make us see her basically drool over him. Even more, this means she’s essentially falling desperately in love with the equivalent of Hitler – so much so that she betrays her crew and her ship to help him. I don’t buy it. It stinks of 60s sexism.

At least she redeems herself a tad by helping to break Kirk out. But for me, it’s too little, too late. That’s “Space Seed’s” one flaw, which I can forgive amongst the rest of this episode’s sheer brilliance. 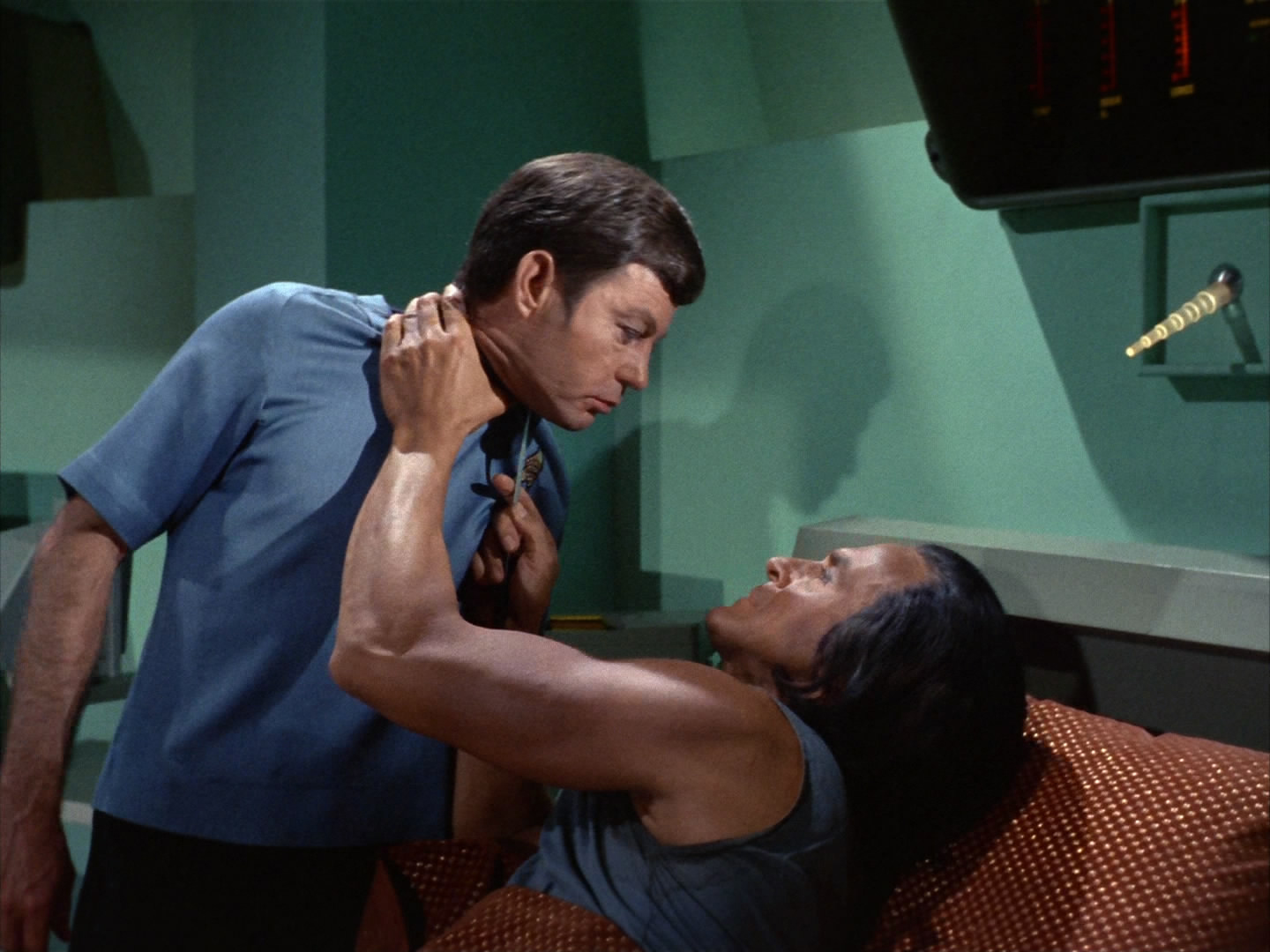 Star Trek seems to be doing a good job with supporting roles. Does that continue here?

Dr. McCoy is a complete badass in this episode. Not because he’s fighting and killing, but for doing his job exceedingly well. He saves Khan’s life, and when his patient grabs a scalpel (why do they have scalpels, when we know the can operate without them?) and holds it to his neck. McCoy looks Khan, a superman with a blade, dead in the eye and confronts him:

McCoy: “Well, either choke me or cut my throat, make up your mind.”
Khan: “English? I dreamed hearing it. Where am I?”
McCoy: “You’re in– [Khan squeezes McCoy’s throat]You’re in bed, holding a knife at your doctor’s throat.”
Khan: “Answer my question.”
McCoy: “It would be most effective if you would cut the carotid artery just under the left ear.”
Khan: “I like a brave man.”
McCoy: “I was simply trying to avoid an argument.”

Wow. Bones is really no Jim Kirk, but when there’s a knife at his throat he steps up! I forgot about that moment and nearly cheered when it came onscreen. 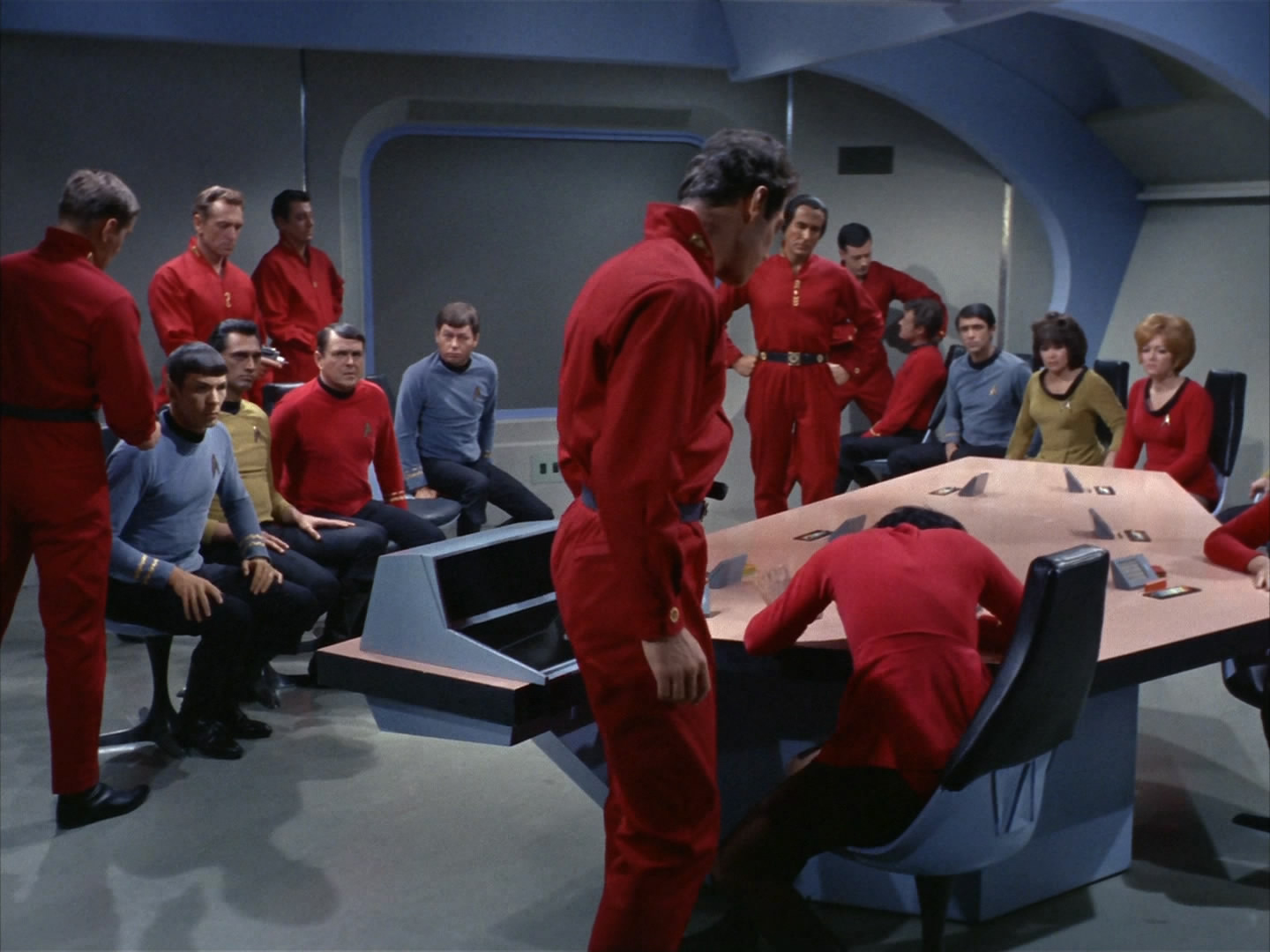 Uhura (Nichelle Nichols) refuses to be coerced into helping Khan, earning a slap and being dragged across the room by one of Khan’s henchman. McCoy is quippy, Scotty is defiant, and Spock is stoic, frustrating Khan. 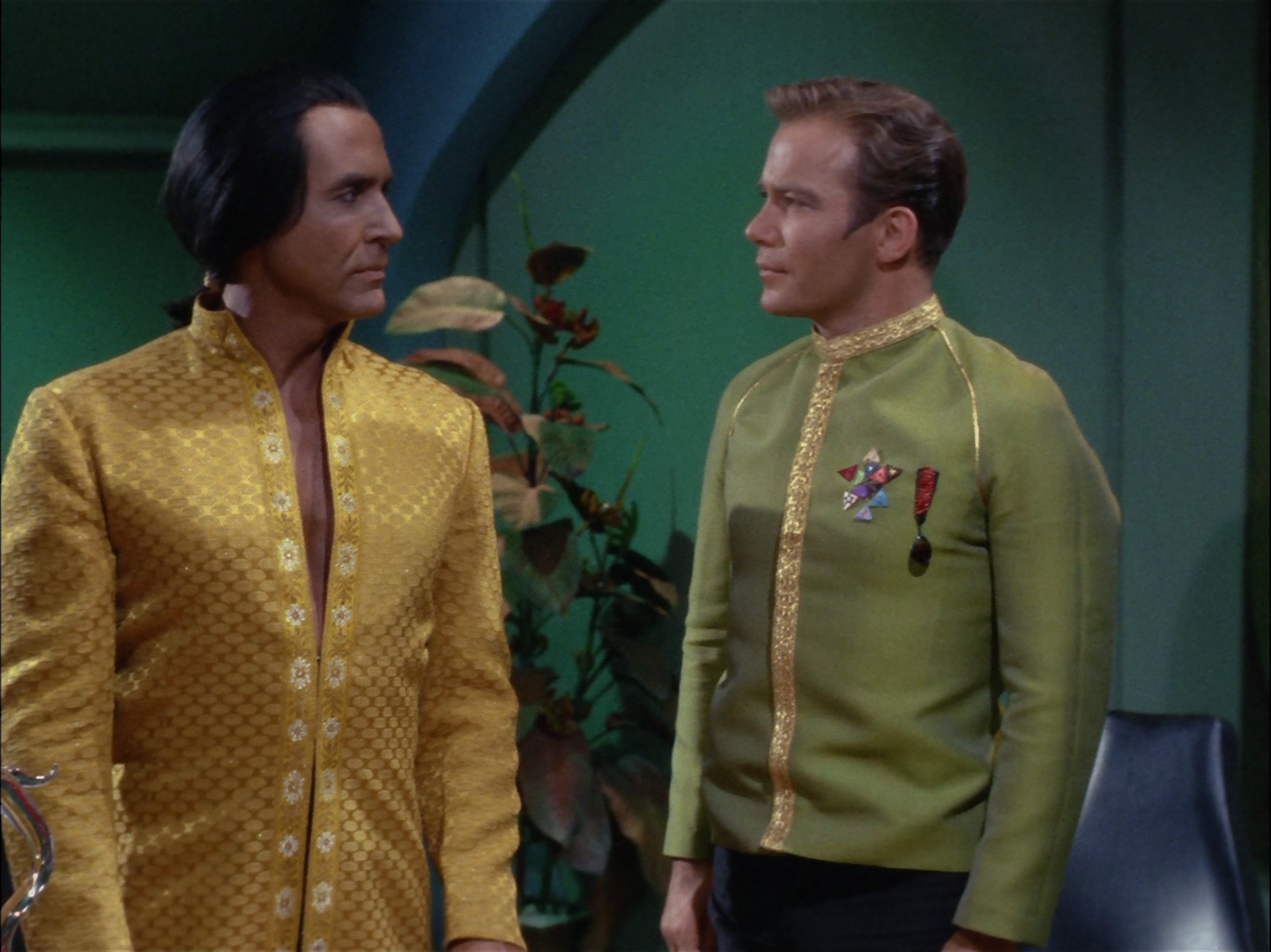 As I mentioned last week, this is a universally loved episode of Star Trek because of the world that it opens up, digging into Earth’s history (well, the history of the show) a bit more, showing where this near-Utopia of the future would come from. It’s also because of Ricardo Montalban’s absolute genius in the role. He’s hyper-masculine, ultra-strong, and exceedingly charismatic. We can feel exactly how he might be able to rule continents and tame worlds. He may be megalomaniacal, but he’s terrifyingly sane and calculating.

2018 is supposed to be the year that we develop interplanetary space travel that doesn’t require suspended animation! Yay! Come on, Elon Musk!

Enterprise would later explore the Augments, offshoots of other preserved genetic material from people like Khan. It’s a great trio of episodes, guest starring Brent Spiner and retconning the Klingon ridges. 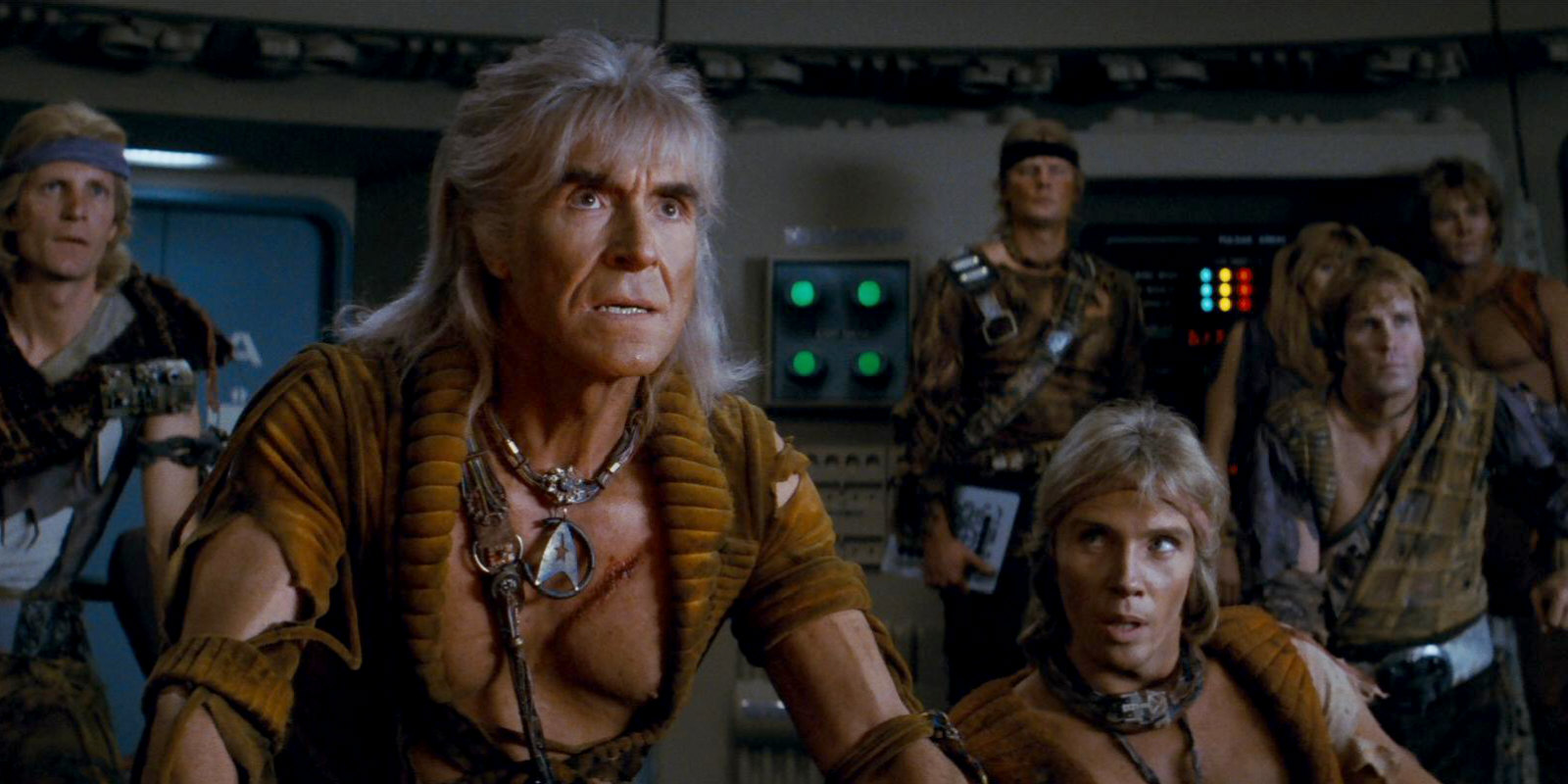 At the end of the episode, Spock muses: “It would be interesting, captain, to return to that world in a hundred years and to learn what crop has sprung from the seed you planted today.” This is the first Star Trek episode with a feature film for a sequel: Star Trek II: The Wrath of Khan, which is not only a brilliant Star Trek movie, but an excellent film overall. Star Trek Into Darkness would later pick up Khan’s storyline in their alternative universe, with Benedict Cumberbatch as Khan.

This means that both a Hispanic actor and a white British actor have both now played the same character: a Sikh. Hmm…

“I signed aboard this ship to practice medicine, not to have my atoms scattered back and forth across space by this gadget.”

–McCoy, griping about using the transporter (for the first time of many, I believe)

“The trip is over. The battle begins again. Only this time it’s not a world we win. It’s a universe.”

–Khan to his people, just before the attempt to take over the Enterprise

We go from the amazing intensity of Khan’s genetically superior ability to a planet which wages war via computer.