This week is HEAVY on the superheroes. Is that a bad thing? HELL NO! We’ve got 5 comics for you to pick up this week and each one of them is a must-read, especially Tales of Suspense #100 – 101. Take your time, save your money, and enjoy our comic corner. 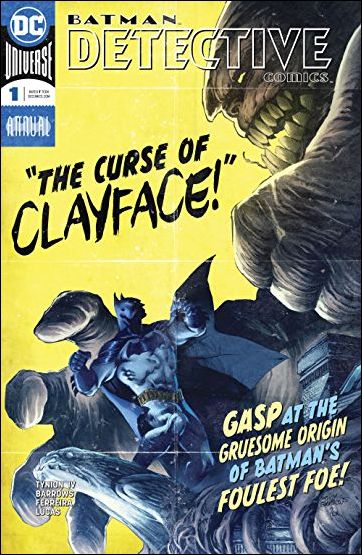 Detective Comics has been on a great ride the past few years, especially with Tom King, James Tynion, and Scott Snyder lending writing duties from time to time. For those who are new to comics, an “annual” issue is usually released maybe twice a year. Annual issues are twice, in some cases three times the size of a normal comic issue, and either introduce a new story or play the part of a self-contained story, not connected to the current storyline of that comic. In this case, James Tynion IV, Eddy Barrows, and numerous other colorists and artists help to bring to life Detective Comics Annual #1, the origin story of the Batman villain, Clayface.

This may be one of the most beautifully colored comic books I can remember. Great storytelling of a “2nd tier” villain that brings heart as well as heartbreak. Don’t skip this one 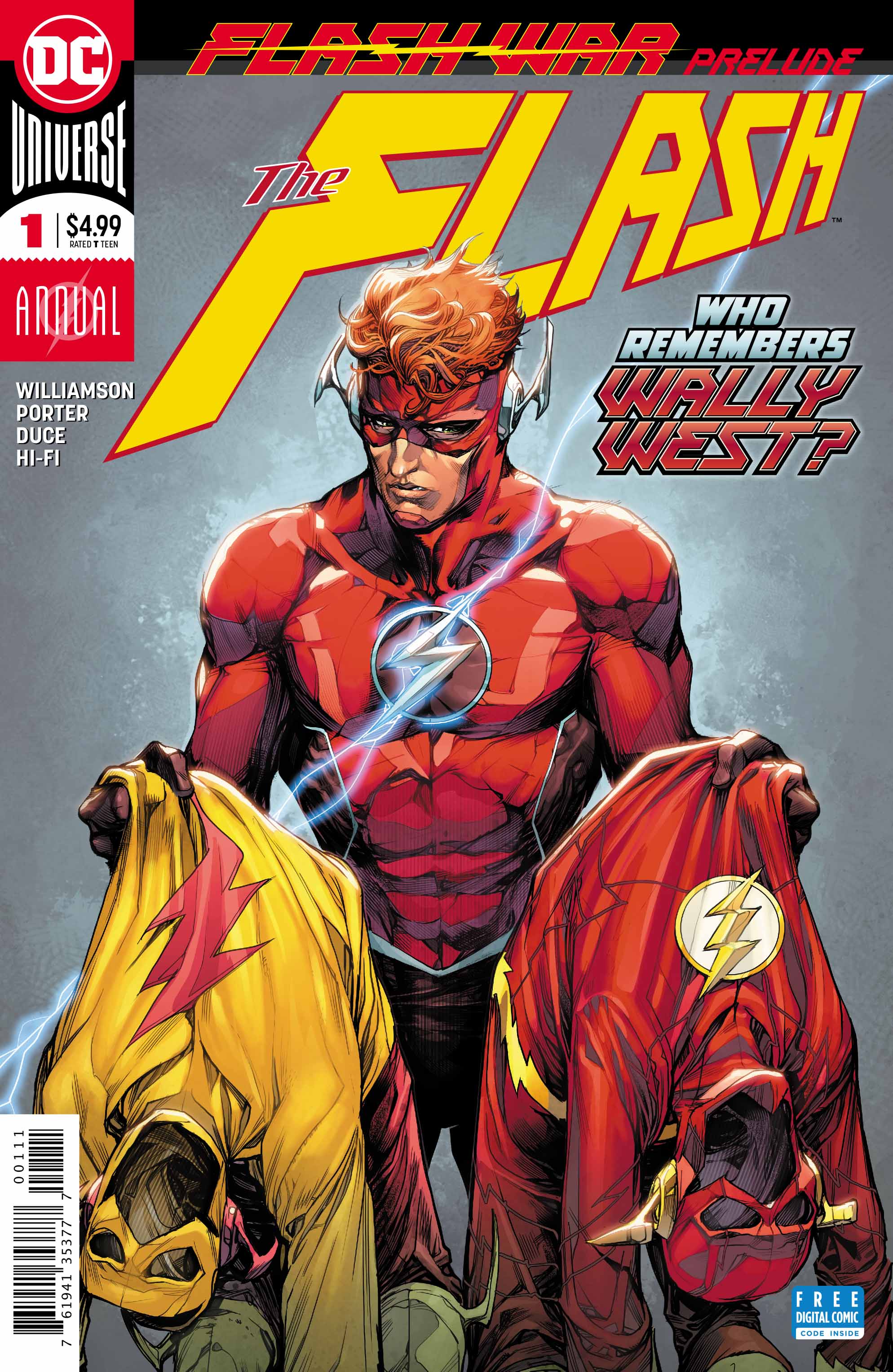 We’ve got another annual on the list. I am a fan of any annual that brings me more story, art, and characters in a book that I already love. For fans of the CW TV show The Flash, the comic issues of Flash may be a little bit confusing. For starters, there are three Flashes… and two of them are named Wally West. Confused yet? Just wait; there’re 2 more Flashes involved. This issue is written and drawn to leave your head in a spin as you try to wrap your mind around the next step in the Flash War! Great issue by Williamson, Porter, and Duce. 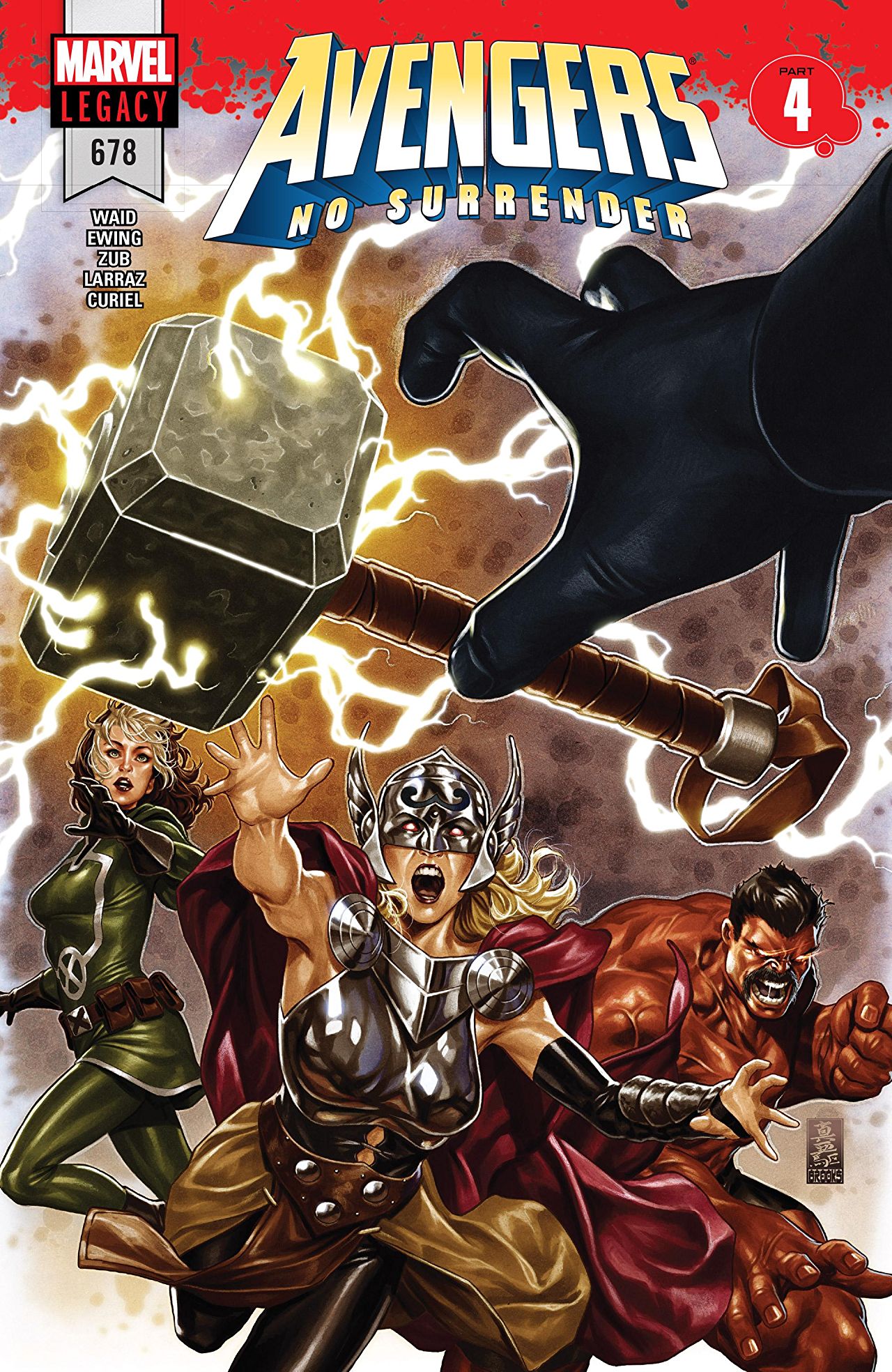 Mark Wair, Al Ewing, and Jim Zub. Thank you for this issue. This comic has slowly gotten better, and this issue is filled with the action-packed moments that make the Avengers such a bankable property. Continuing in the “No Surrender” storyline, the three teams of Avengers are starting to realize that they are pawns in a much bigger chess game of which they have yet to decipher the true players. Explosions, great dialogue, and amazing detail make issue #678 the best so far in the series. Will our heroes finally figure out how to play this game? We will find out next week! 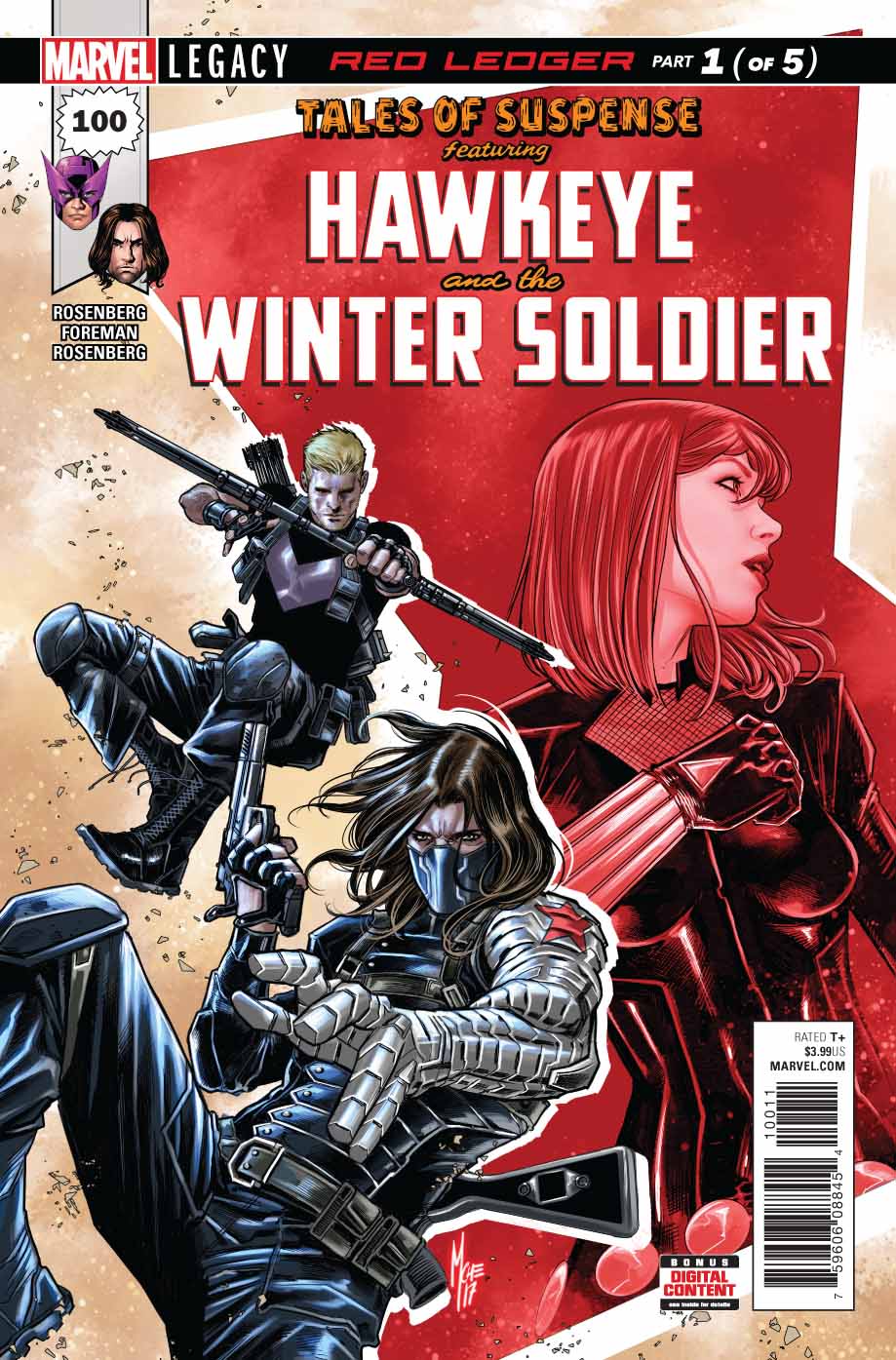 This is my comic of the week. Imagine this… The Winter Soldier and Hawkeye in a comic book version of Lethal Weapon or Bad Boys. A buddy-cop comic in which the cops secretly hate each other’s guts, and both pine after the same woman, Black Widow. Here’s the kicker, Black Widow is dead… supposedly. When people start disappearing, Bucky Barnes and Clint Barton are the only ones who notice Black Widow’s certain style of murder. Is she back from the dead? Does she still love them? Can Clint bench press more than Bucky Barnes without his metal arm? This story writes itself, and basically screams to Kevin Feige (The Grandmaster of the Marvel Cinematic Universe, which I’m currently walking through) make this a standalone movie!

Seriously, though, this comic is fantastic. Funny, witty, action-packed, and a great ride, and we’re only 2 issues in. This will be the first comic I pick up every week it is released. Written by Matthew Rosenberg and colored by Travel Foreman and Rachel Rosenberg. 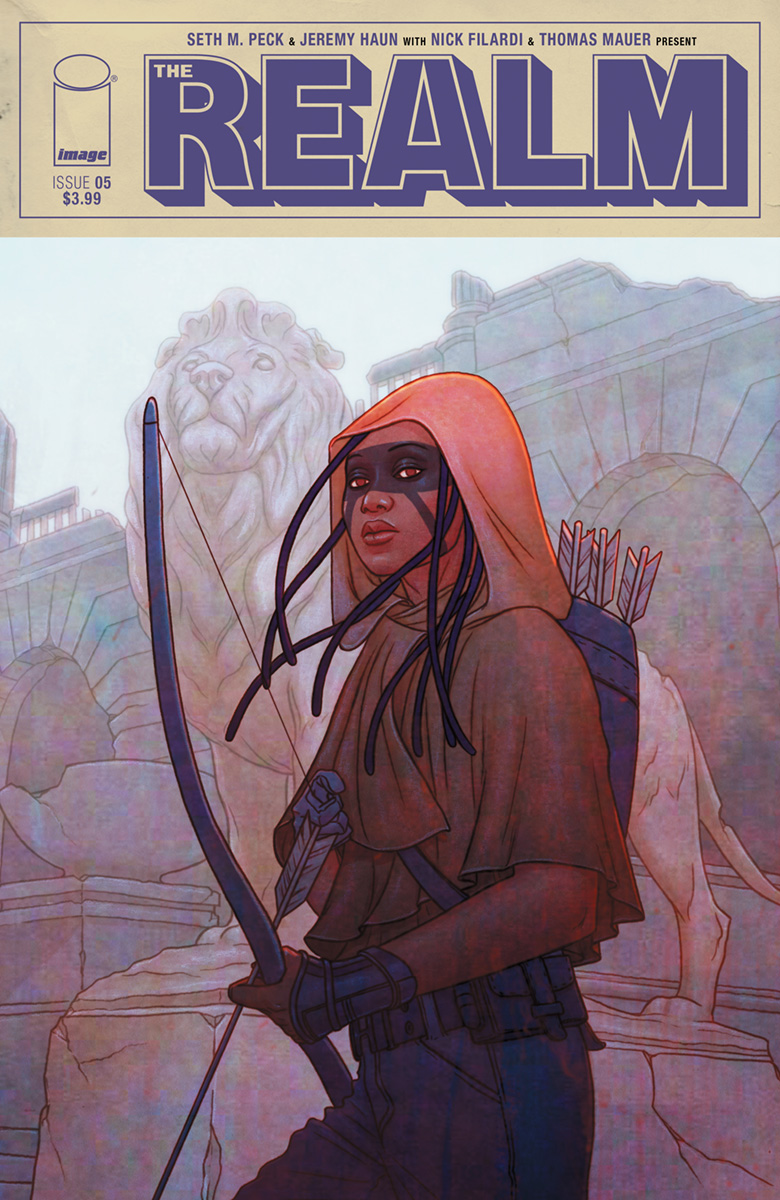 Oh, how I’ve issued this book. Last issue left on a cliffhanger before a major action set piece. This issue starts right on track without skipping a beat. Our gang of misfits bands together behind their walls in an almost Tolkien-esque last stand against an unspeakable creature. This issue does not skimp on the gore, and the reader should be aware. Limbs, heads, even eyes fly through the air as orcs, monsters, and dragons fight to break down the wall. Sacrifices are made, and the story is moved forward to an interesting place. At this point, I still have more questions than answers, but I am in love with the complexity of this story. Looks like I have to wait another month for the next one. Godspeed!

Did we forget any comics this week? Comment down below and let us know! We want to join you guys and read comics with you. Until next time!