In Gotham by Gaslight, the latest DC animated feature, the Dark Knight goes up against Jack the Ripper in an alternate, Victorian-era Gotham City. Sam Liu directs from a screenplay by Jim Krieg. Starring Bruce Greenwood and Jennifer Carpenter.

In Gotham by Gaslight, the latest DC animated feature, the Dark Knight goes up against Jack the Ripper in an alternate, Victorian-era Gotham City. Sam Liu directs from a screenplay by Jim Krieg. Starring Bruce Greenwood and Jennifer Carpenter.


Batman: Gotham By Gaslight is a DC Universe Animated Original Movie. Check out the full archive by clicking these words.

If you haven’t read Gotham by Gaslight, you’ve probably heard of it. And at the very least you’ve felt its influence. The success of the one-shot graphic novel by Brian Augustyn and Mike Mignola was largely the inspiration for the “Elseworlds” imprint that allowed DC’s most famous heroes to muck about outside of canon.

It also inspired its own follow-up, Master of the Future, by Augustyn and artist Eduardo Barreto. The latest installment in DC’s line of Animated Original movies collapses these two stories into one briskly-paced 78-minute feature. It’s a unique-looking animation with a distinct steampunk aesthetic that sees Gotham City poised to embrace turn-of-the-century technology. And while it retains the look, tone and essential essence of the source material, it has the good sense to deviate from it where necessary. A slavish adaptation this most certainly is not. With original plot points, cameos, and the bold choice to change Jack the Ripper’s identity, Gotham by Gaslight is a taut whodunit that might not be quite as clever as it thinks it is but is just about clever enough.

A stellar voice cast bolsters the film. Anthony Head voices Alfred; Yuri Lowenthal plays Harvey Dent; Scott Patterson is James Gordon. Bruce Greenwood returns to the role of Batman (he played him previously in Batman: Under the Red Hood) and delivers a nuanced performance. He’s complemented well by Jennifer Carpenter’s Selina Kyle, who is inarguably better served by the animation than any of the women were in the original book. She has real agency and is pursuing Jack the Ripper as determinedly as Batman is. 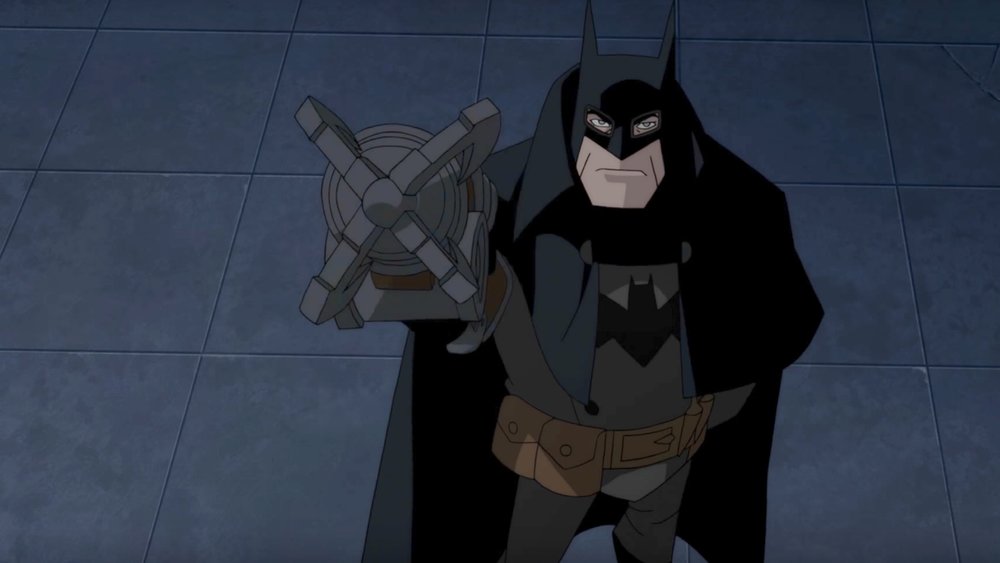 The greatest success of Gotham by Gaslight is how well Batman as a character and Gotham City as a setting are served by the Victorian era. The opportunity to populate the story with second-string heroes and villains hasn’t been missed. But the script also makes time for period-appropriate humor, and wrinkles in established character dynamics. It isn’t just that Batman’s utility belt has been given a steampunk makeover. The setting colors characters’ viewpoints in ways we aren’t necessarily used to.

Even so, it does kind of matter that Batman can’t rely so much on his antiquated gadgetry. It excuses a handful of punch-ups. Bruce Wayne in this story has a fun Queensbury Rules-style of pugilism. He gets the s**t kicked out of him more than once, which helps to raise the stakes, especially when his adversaries aren’t super-powered aliens or monster men, but regular dudes with a more well-rounded boxing game. What can I say – I’m a fan of the martial arts.

You have to think, though, that maybe those blows to the head have knocked loose a few too many of Batman’s brain cells. The World’s Greatest Detective never does come across as much of a sleuth, does he? Without that all-seeing, all-knowing computer in his basement, his ability to put clues together is severely compromised. And while it wouldn’t matter usually, it kind of does here. Gotham by Gaslight is, at its heart, a detective story. Wandering through the plot and occasionally stumbling on the right face to punch does not a detective make. 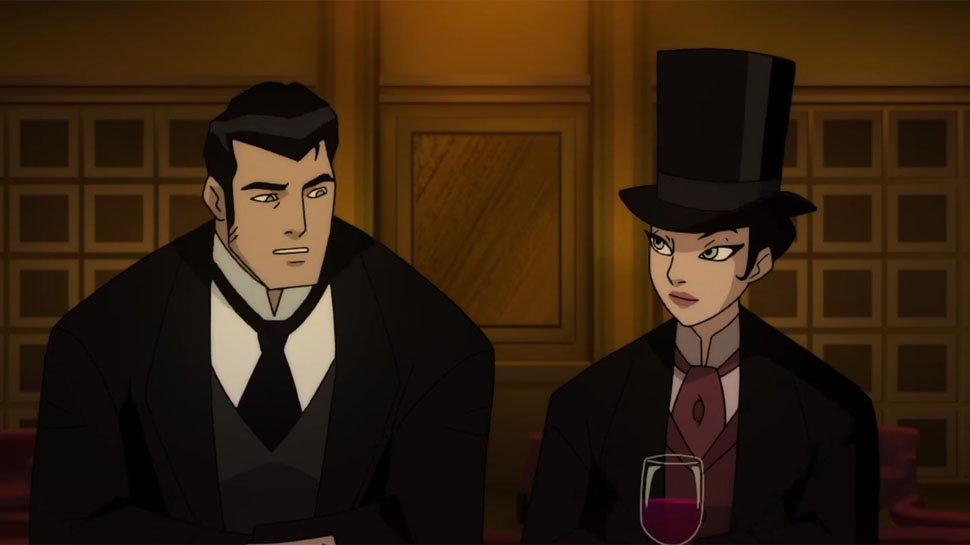 Still, that doesn’t mean it isn’t fun to follow along. The clues are there. What’s clever, though, is how Gotham by Gaslight subverts the source material and the broader Batman lore to trick you into not noticing them. The ultimate reveal is genuinely unexpected and, I suppose, a little bit controversial. But it reminds you why these alternate-universe stories exist. Why they’re popular. It’s fun to see characters you think you know surprise you.

That, then, is the selling point of Gotham by Gaslight. It, however temporarily, reinvents Batman’s mythology. The film handles the transition well. It’s another enjoyable entry into a catalog full of almost nothing else. But its greatest achievement is reminding you that despite DC animation’s absurd focus on the Dark Knight, there’s always one more Batman story worth telling.

Seriously, though. Can we have a bit less Batman now?