Welcome, ladies and gentlemen, one and all, to Ready Steady Cut’s first ever wrasslin’ PPV preview piece. Here’s where I break down the upcoming action and make inevitably incorrect predictions about each match. We’ll be covering the WWE Elimination Chamber 2018 live on Sunday night, so I can complain in real-time about WWE’s ludicrous booking practices.

So, look forward to that. In the meantime, let’s take a look at how the card shapes up. 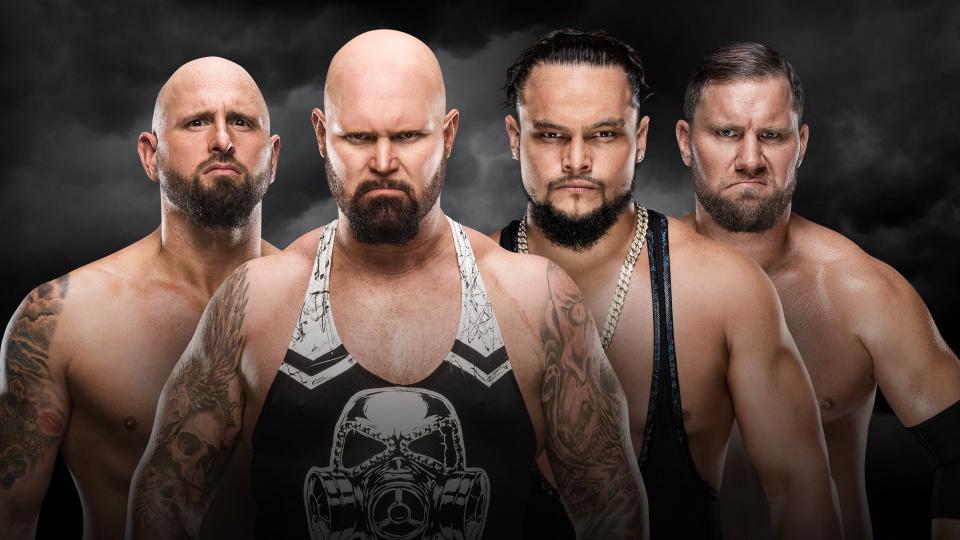 This was added relatively late when someone realised that nobody will watch the kickoff show unless there’s a match on there. I mean, most people won’t watch it anyway. But a match helps, even one like this, which holds almost no interest whatsoever and presumably exists just to stoke the crowd for all the stuff that actually matters.

Gallows & Anderson should go over here; they are, after all, a legitimate tag-team, whereas Bo Dallas and Curtis Axel are the Intercontinental Champion’s comedy stooges. You never, ever know, but it’s a pretty safe bet. 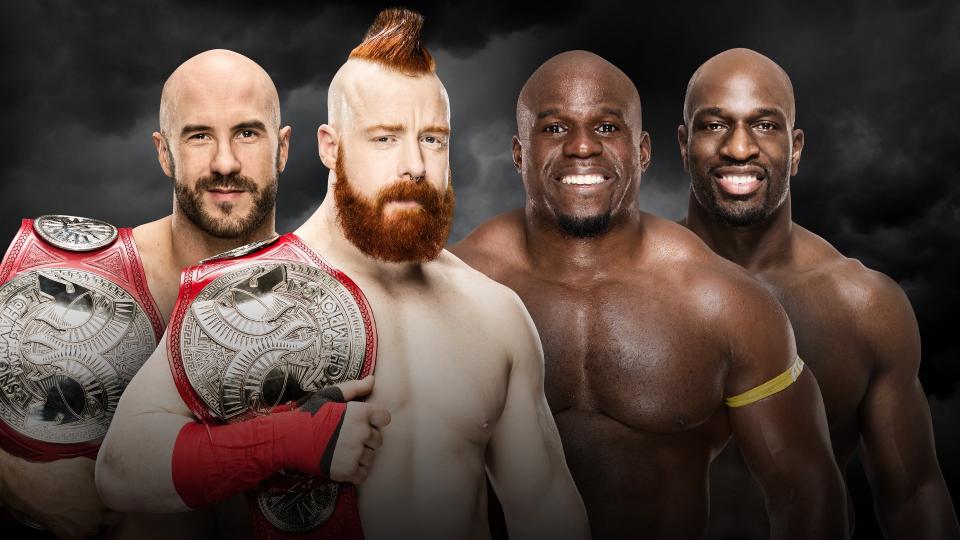 I’m starting to think that we’re probably approaching last orders for the Bar, but I doubt this week will be where they lose the gold. Raw’s tag team division is a bit thin; it’s champions are two solo guys who were put together because they had no storylines to chew on and just happened to get over as a pair better than anyone was expecting. That’s fine, and I like them both, but it’s hardly sustainable.

Then again, who else do we build the division around right now? We’re in a bit of a holding pattern here, which is why I’m anticipating the champions retaining for now. WrestleMania will likely host some kind of multi-team shakeup match where we’ll get some actual, real progress, but until then, it doesn’t make much sense to me for the Bar to drop the belts. 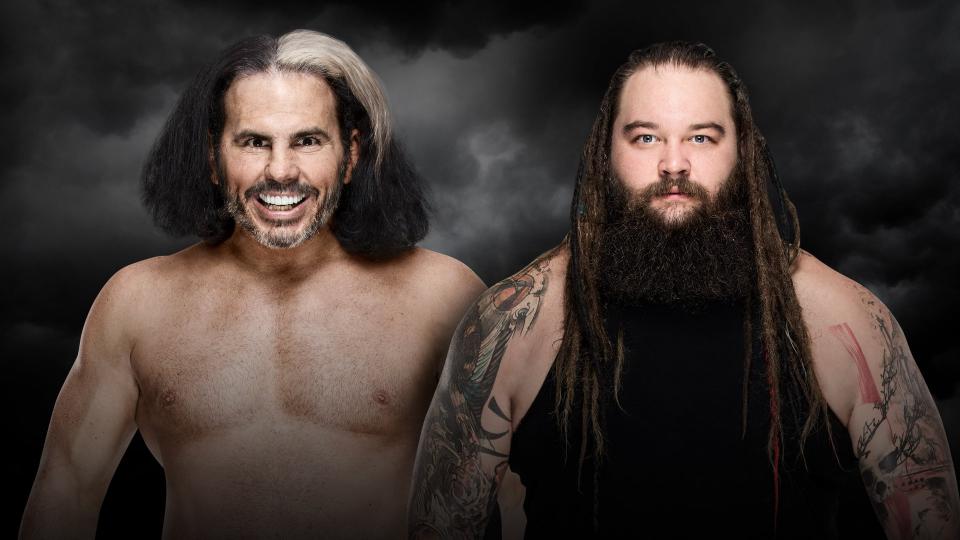 I was suspicious of recreating Matt Hardy’s “Woken” character within the confines of WWE’s rumbling marketing machinery, and I think those suspicions were justified. This feud has been awful. It has gone on way too long without any action, and the two men exchanging cackling promos isn’t enough to keep people engaged, especially when Bray – easily WWE’s most consistently underused and mistreated talent – has been doing the exact same s**t for years.

I’m pretty sure Jeff Hardy is due a return, so this might be a good time to get that out of the way and add a little livener in the form of “Brother Nero”. I don’t expect much for the match itself, but considering what I just said above about the Raw tag team division, it might just serve a purpose. 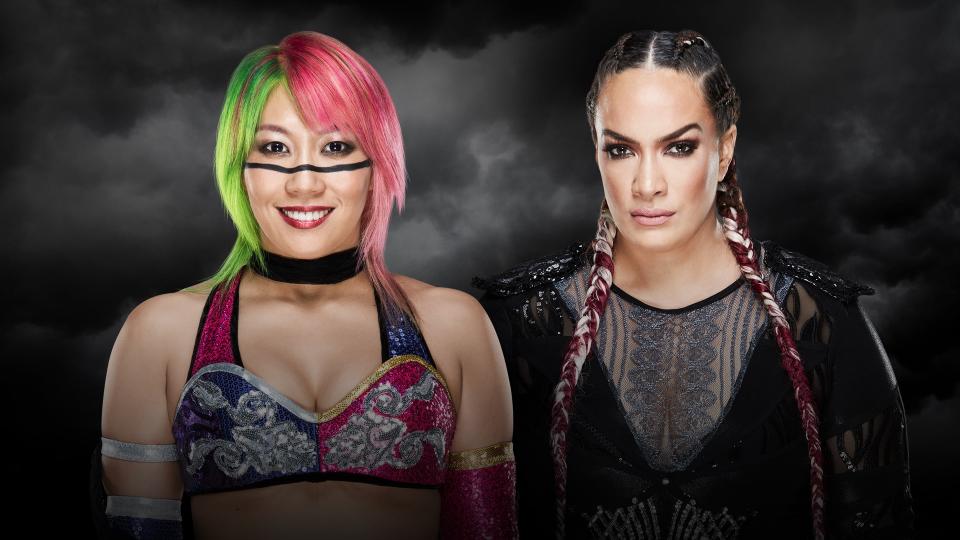 And here, folks, we have a quintessential example of WWE painting themselves into a corner. The currently-undefeated Empress of Tomorrow won the Royal Rumble, which means that Nia Jax, the other absurdly well-booked performer in the division, needs a way into a title match at WrestleMania. But Asuka’s undefeated streak can’t be snapped in a singles match before ‘Mania, because that would be absurd. So, what do we do?

I honestly don’t know. There’s no way I see Nia going over Asuka clean here, and if she does it will be a colossally bad decision. WWE Creative isn’t immune to those, but even by their standards, this is a pretty obvious no-no. So in all likelihood Asuka wins here, presumably by submission after taking a pretty bad beating, and then she goes on to call out SmackDown Women’s Champion Charlotte for WrestleMania, leaving Nia to do something else.

It should be known that I was – and continue to be – perfectly okay with Ronda Rousey in the WWE. She’s a lifelong fan of the business, she’s been training since last summer, she’s signed a multi-year fulltime contract, and despite the two beatings she took at the end of her UFC career, she’s a hell of an athlete. Competitively, she’ll be fine.

But I worry about the booking, and I worry that fans don’t care about her for the same reason that they don’t care about Roman Reigns – she doesn’t belong, in their mind. She’s getting a free ride on the strength of her name, and you can tell that WWE are putting a lot of apples in that basket just by how excessively her very presence has been marketed.

The plan, as I understand it, is for Rousey to team with a male wrestler (The Rock if they can get him, but most likely Kurt Angle) to take on Triple H and Stephanie McMahon at WrestleMania. Which sounds absolutely terrible to me. But with both Steph and Kurt present for the signing on Sunday, it does seem like that’s the direction they’re going. We’ll see.

Prediction: Steph acts like a bitch, Kurt comes to Ronda’s defence, there’s a brief spot and then we move on. 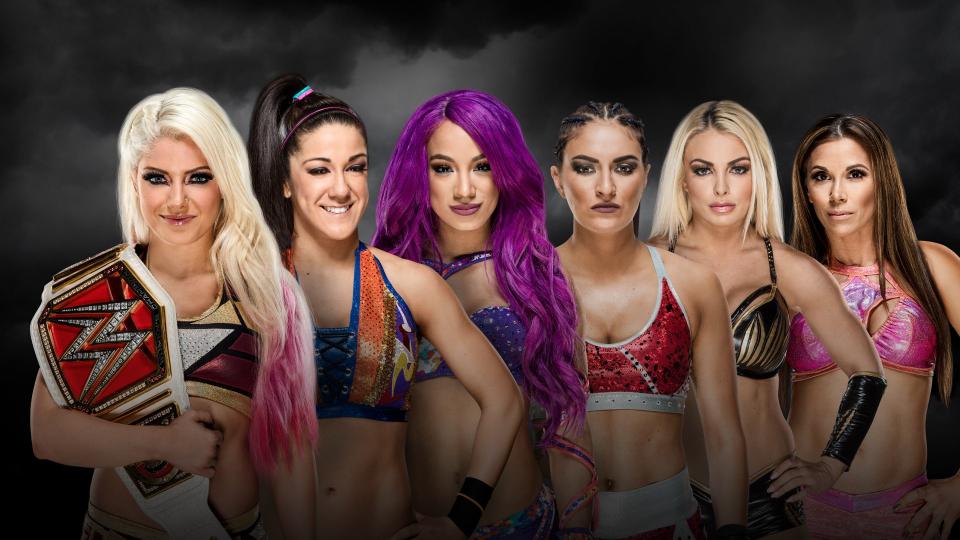 The historic, first-ever women’s Elimination Chamber match also has Alexa Bliss’s Women’s Championship on the line, for some extra sugar. Even with that in mind, though, I don’t care about this as much as I feel I should.

Making history is always good, but after several weeks of build-up focusing on how much Alexa’s title is threatened here, I’m struggling to see an outcome other than her retaining. Plus the peripheral storylines seem fairly predictable to me. Mickie James has put herself forward as an “ally” for Bliss, which I’m sure she’ll appreciate right up until she turns on her. Mandy Rose and Sonya Deville don’t have much business being here, as most of whatever was planned for the Absolution stable has been derailed by Paige’s injury and they don’t have much steam as individuals.

And as for Sasha Banks and Bayley, well – how long have we been waiting for their feud? Sasha eliminated Bayley from the Royal Rumble, so it makes sense that here, Bayley will pay her back. Either that or Sasha will turn on her, which might be likelier considering that Bayley is pretty firmly locked into the “John Cena, but a girl” role. So those are your highlights.

Elimination Chamber: Braun Strowman vs. Elias vs. The Miz vs. John Cena vs. Roman Reigns vs. Seth Rollins vs. Finn Balor 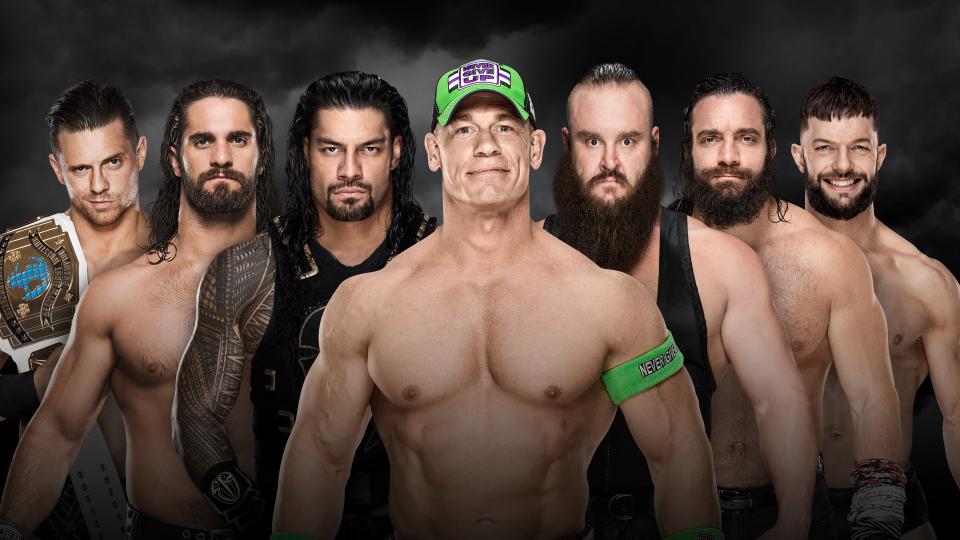 The only real worthwhile question regarding the outcome here is whether Creative will stick with their long-term plan of having Roman Reigns win here and face Brock Lesnar at WrestleMania, or if they’ll pull a last-minute swerve and allow somebody else (I assume Braun Strowman) to take his spot.

Reigns winning here has been preordained for such a long time that I feel it’s incredibly unlikely that Vince McMahon’s scheme won’t come to fruition. I have no problem with Reigns, and while I have something of a problem with long-running plans being so predictable, I’ll still be interested in him taking on Lesnar.

What you can expect for the rest of the match, then, is the establishing and/or development of other stories leading into WrestleMania. A big one is John Cena, who’s currently working the “unsure if he can still run with the new guys” angle. This is being pushed as his last hurrah; his last run at a title on the Grandest Stage of Them All. I’ll believe it when I see it, but I like the story. I think he gets pinned here, cuts a promo on Monday to say that he thinks he might be done, and then gets interrupted by the Undertaker. That’s his ‘Mania booked.

Finn Balor vs. Seth Rollins is, if you ask me, one of the best matches that you could possibly set up right now, so anything that moves those two in that direction is fine by me. Elias has no real business being in this match, so I’d like to see him get eliminated without much fuss, but he seems well-liked behind the scenes so you never know.

As for Strowman and Miz, I think the obvious angle there is that Miz pulls some sneaky bullshit to get Strowman eliminated, and then Miz gets those hands at WrestleMania. Makes sense to me.

Prediction: Roman Reigns wins and goes on to face Brock Lesnar at WrestleMania.