In the season 2 of Marvel and Netflix’s Jessica Jones, the eponymous PI is forced to come to terms with her past trauma in order to keep her friends – and the rest of New York – safe from a new threat. The showrunner is Melissa Rosenberg; starring Krysten Ritter, Rachael Taylor, Carrie-Anne Moss and J.R. Ramirez. The 13-episode second season aired on March 8, 2018.

Note: This review is based on the five episodes we were provided for review, and thus doesn’t contain a score. It will be updated after the season’s air date.

Jessica Jones is the raven-haired heroine of Marvel and Netflix’s best super-powered series. She rolls her eyes a lot. And if you were to describe her to someone who wasn’t familiar with the material, they might roll their eyes, too. The character collapses a lot of film noir’s mainstays into one person. The tough-talking dame; the cynical private eye. She cracks wise and hits the bottle and throws a mean right hook.

The first season might have conformed to the hallowed traditions of on-screen private eyes, but it also, under the confident guidance of Melissa Rosenberg, felt like something else, too – a show about women, told from the perspective of one who didn’t give much of a s**t what you thought. You could almost forget that this was ostensibly a show about a superhero. 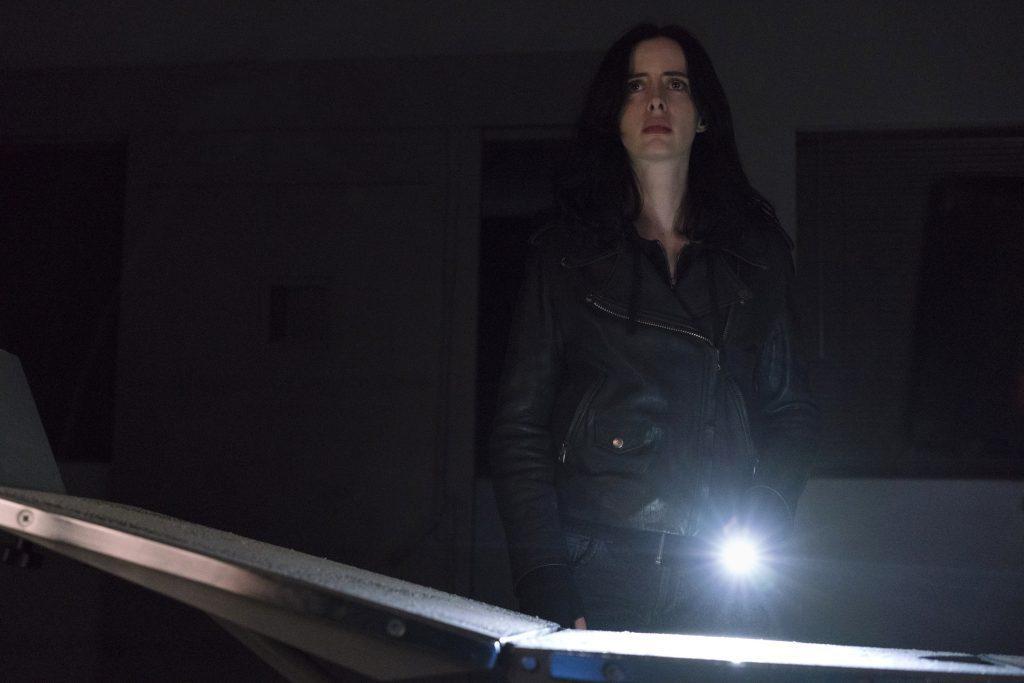 That, though, is what has generally characterised these small-screen collaborations between Marvel and Netflix, which have varied in quality from the very good to the pretty bad to the mostly in-between. Jessica Jones was the best of them, in no small part because it was more tonally complex; darker, more sexual, but with the bittersweet undercurrent of a title character who had been the victim of sexual assault, had suffered as a result of it, but refused to let those experiences determine who she was.

In season 2, Jessica is still coloured slightly purple thanks to how much space Kilgrave (David Tennant) occupied in last season’s narrative and her own head. But her priorities now are piecing together the fragments of her past: the death of her parents in a car crash that she barely survived; her adoption by Dorothy Walker (Rebecca De Mornay), the mother of Jessica’s best friend, Trish (Rachael Taylor); and the experiments conducted on her by IGH, a sinister and mysterious private research corporation that you might recall from last season when they sent Trish’s ex-boyfriend, Will (Wil Traval), somewhat doolally. 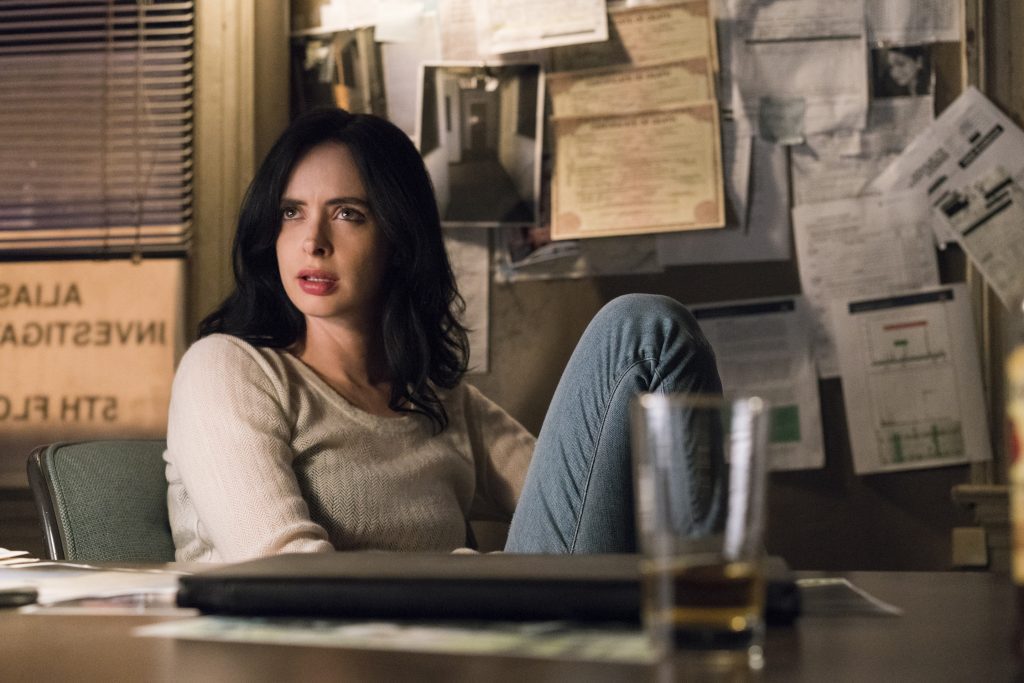 I say these things are Jessica’s priority, but they’re not really – at least not for a while. Like last season, Jessica is prone to bad decisions, keeping secrets and shirking responsibility. She’s something of an antihero in that sense. Thankfully Ritter plays her with such charisma and deftness that her foibles are as compelling as her heroism. Well – perhaps I should say they were.

In the first season, which was primarily about power and control, particularly over women, Jessica’s refusal to let her damage define her was the entire thematic point. She wouldn’t be cowed and stifled by social pressure; she was who she was, and she did what she did. In The Defenders, her specific brand of sarcastic disinterest worked because she was surrounded by characters who were utterly serious, utterly ridiculous, or both. 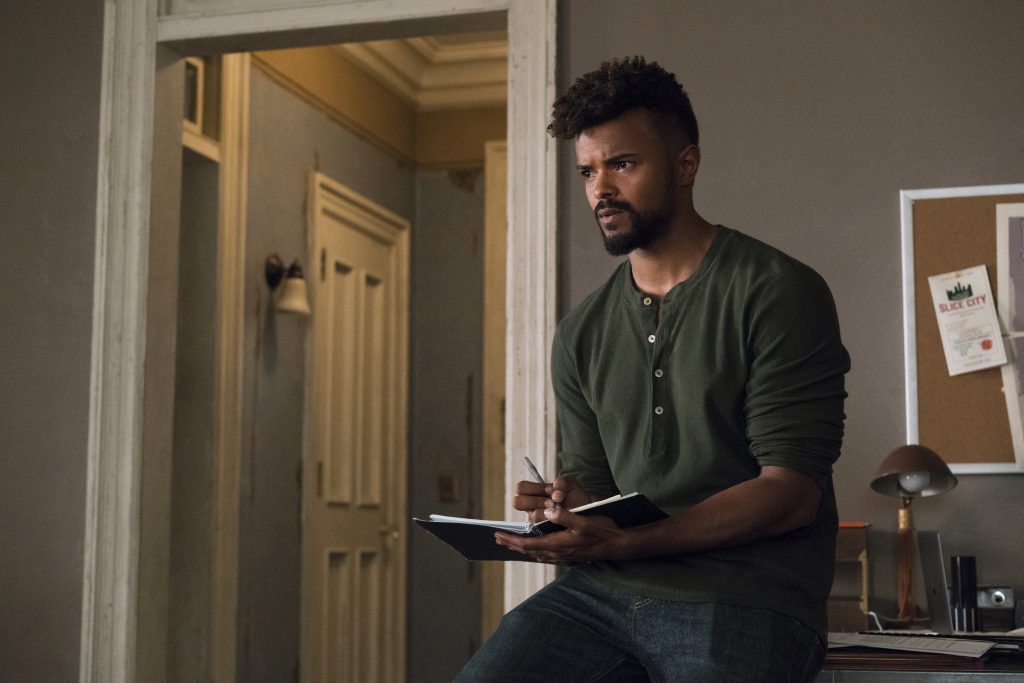 Here, in season two, Jessica still being so stubborn and aloof hurts the character. Before, thanks to her wit and her boldness, you could understand the unswerving loyalty of her few remaining friends. Now, you find yourself asking why they bother. The way she needlessly berates her ex-junkie assistant, Malcolm (Eka Darville), makes her unlikeable; her aggression towards Trish, who is explicitly acting in her best interest, is frustrating.

We’ve seen this arc before. We’ve seen Jessica refuse to get involved until she’s forced to by something terrible happening to her or someone around her. She should know better by now. The saving grace, again, is Ritter. Her impressive range reminds you that for all her pithy quips and aggression, Jessica is still damaged and sad. This is crucial texture, and prevents a minor annoyance from becoming a major storytelling catastrophe. 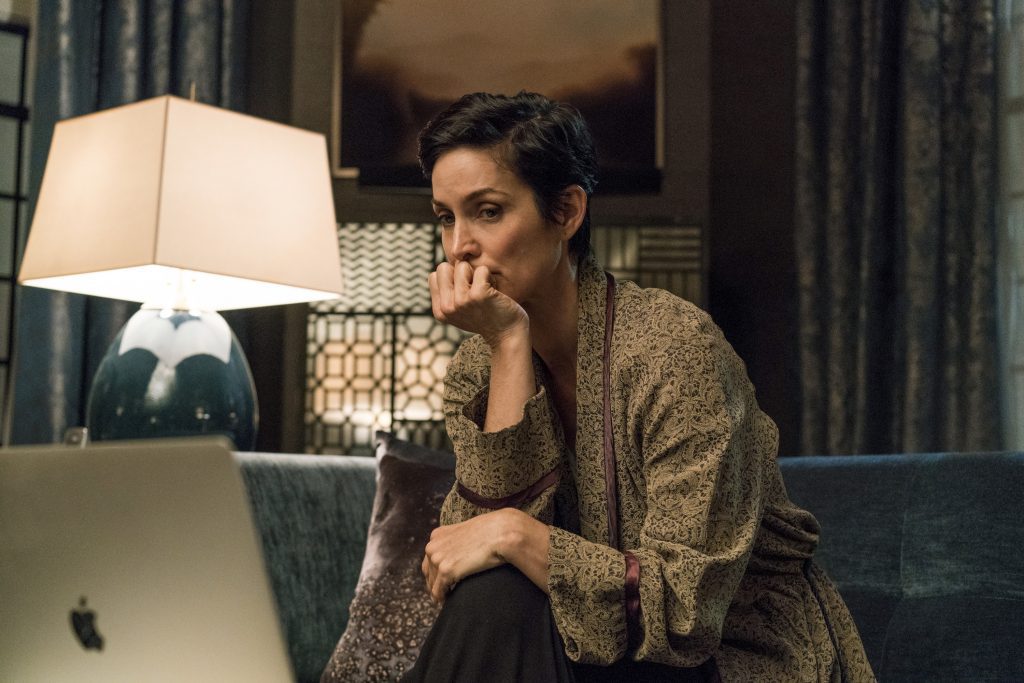 Season 2 of the show doesn’t have the extensive to-do list that the previous one did. It doesn’t have to spend time establishing the title character’s gumshoe bona fides, or introduce supporting players like Luke Cage (Mike Colter). That work has already been done, which allows more space for the supporting cast to be properly developed. There are interesting subplots concerning Malcolm’s newly-sober ambitions, Trish’s somewhat tragic upbringing as a child star, and the current tribulations of Jessica’s ruthless attorney, Jeri Hogarth (Carrie-Anne Moss). That last one is perhaps the most compelling, and if there’s an actor here besides Ritter who could be considered a real MVP, Moss is it.

New to season 2 is J. R. Ramirez as Oscar, the new manager of Jessica’s apartment building, who has a predictably chequered past and a young son whose custody he’s currently battling for. While initially appearing as a standard love interest, Oscar quickly reveals himself to be something else entirely, and his young son, Vido, is a cute mouthpiece for how the New York populace sees Jessica and people like her following events elsewhere in the Marvel universe. 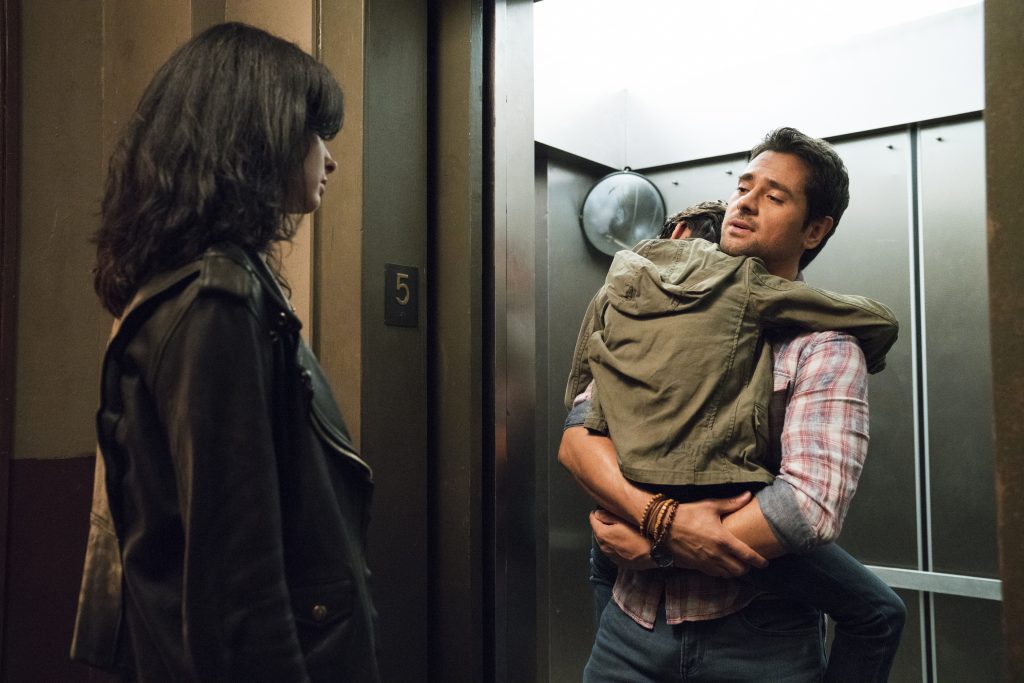 What’s missing is Kilgrave – not Tenant’s character specifically, but a villain like him who is canny and malevolent enough to be a compelling antagonist for a full 13 episodes. Season 2 has bad guys big and small, but none who operate on quite the same uniquely watchable level. Jessica’s biggest threat is a similarly-powered woman who feels immediately less interesting but also, frankly, a bit too comic book-y for a show that pitches itself quite so seriously.

It’s nice to see Jessica Jones prowling the rain-slicked streets again, even if it does feel like we’ve trodden them with her before. This is an attractive package; it contains all the requisite action you might expect from a Marvel property, but woven together with that uniquely adult sense of self that made the first season such a surprising hit. In its first five episodes, Jessica Jones has managed to re-establish itself as a poignant and powerful slice of superheroics, but it doesn’t take a detective to see that unless the season livens up and goes somewhere new, it won’t quite be able to fill the Kilgrave-shaped hole the first season left behind.