A Wrinkle in Time is a decent movie. Unfortunately, it could very well be a great movie–if not for the Zack Snyder effect. There are elements of Ava DuVernay’s film that are moving, funny, and heartwarming, but for each of those moments, there are many more that detract from them, overshadowing them like the Darkness that Meg and the Misses seek to fight.

I want to highlight the good before getting into the deep unevenness that cuts through A Wrinkle in Time. First, I’m not unique in my love for L’Engle’s book. I’ve read it countless times. I just reread it last week in anticipation. It’s beautiful in its simplicity: Meg Murray’s (Storm Reid) father (Chris Pine) has been gone for four years. Everyone gossips about it. As a result, Meg’s grades have taken a downturn; she gets in fights at school; her brother Charles Wallace (Deric McCabe) is labeled a freak; and everyone says that her father just walked out on her mom (Gugu Mbatha-Raw). In reality, Mr. Murray used a tesseract to travel through space and time. But he’s been captured by a darkness called the IT, on a planet called Camazotz in the middle of a spreading darkness. Three Women, Mrs. Who (Mindy Kaling), Mrs. Whatsit (Reese Witherspoon), and Mrs. Which (Oprah Winfrey), call upon Meg to go find her father and bring him back home. 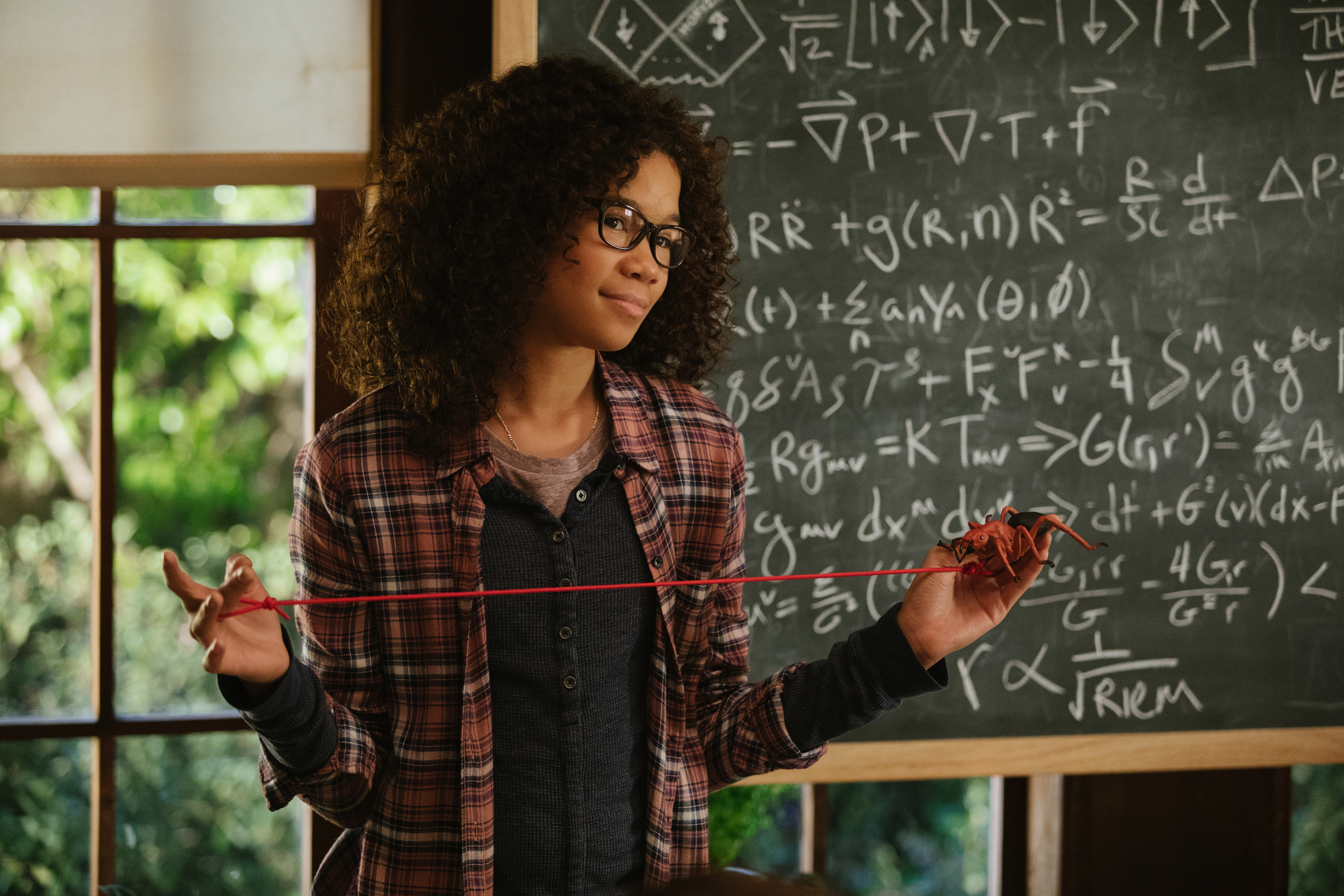 More than just a journey to find her father, it’s a journey for Meg to find herself, to discover her inner strength. It’s always been powerful, and I know many, many women who have been inspired by Meg’s struggle to overcome her own demons and to grow. Because, just as The Lord of the Rings is much more than a guy hoping to drop a ring in a hole, Meg’s quest is far greater than a girl flying through space to find her dad. It’s a moving love story between a girl and her little brother and her father (and no, George R.R. Martin has nothing to do with this–don’t even go there. Gross). She gets help and encouragement from the Misses, as well as a boy who seriously awkwardly crushes on her, but in the end, she must face the evils of the universe, faults and all.

Luckily, despite the movie’s many faults, the book’s deep heart does remain intact.

Storm Reid is the heart and soul of this film. As with any young actor, she’s got some rough edges, but that actually goes to help her more than anything–because Meg is deeply flawed. There’s a scene toward the end, where Reid is speaking with Chris Pine, that really moved me–and I’m a fairly jaded moviegoer. But the reality and intensity of Reid’s performance is something to be lauded, not lumped together with many of the lesser aspects of this film.

While there’s greatness to be found in the novel, there’s not a lot of detail. We aren’t treated to the pages and pages of description that Tolkien provides us. L’Engle follows in the footsteps of Middle Grade and YA writers of the sixties (which is a retroactive application of contemporary terms, I know), like Susan Cooper or Lloyd Alexander, who give us spare descriptions, allowing the reader’s imagination to fill in the blanks. So, I completely expect any adapting filmmaker to need to flesh it out. However, this is where we begin to go wrong. 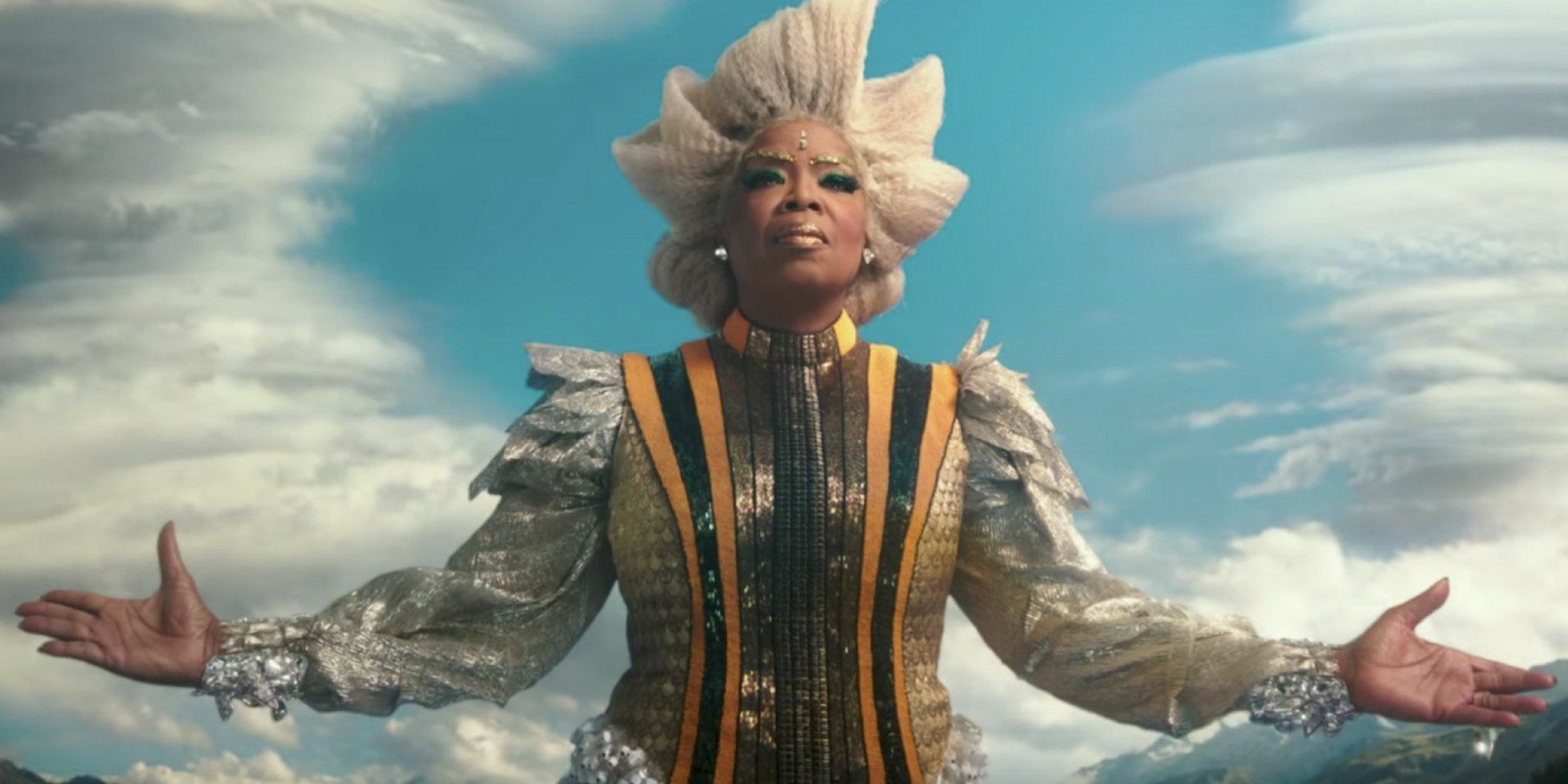 L’Engle’s structure is so simple that, like the description, it must be too tempting to stray from it and to Zack Snyder it (I eventually need to write an article outlining my intense dislike of just about everything that Snyder does to ruin movies that could be great). But what I essentially mean is that there’s a tendency to over-CG a film with unnecessary randomness. There’s a random chase scene on Camazotz with shifting terrain and trees throwing them around. Oprah is actually only physically present in maybe two scenes of the entire film–Mrs. Which misjudges her size, so she’s way too tall, and had to be CG’d into the scenes. This leads to an uninspiring detachment. At the end, when the climax should feature Meg and her brother, alone in the darkness, where she can profess her love for him to bring him out of the IT’s clutches, there are these crazy tentacles (think the end of Man of Steel) that begin whipping her around. They come out of nowhere and it’s super awkward. And finally, what’s the worst is Mrs. Whatsit’s transformation into a giant piece of Romaine Lettuce that flies through the air to show her the impending darkness. I’m not kidding at all. 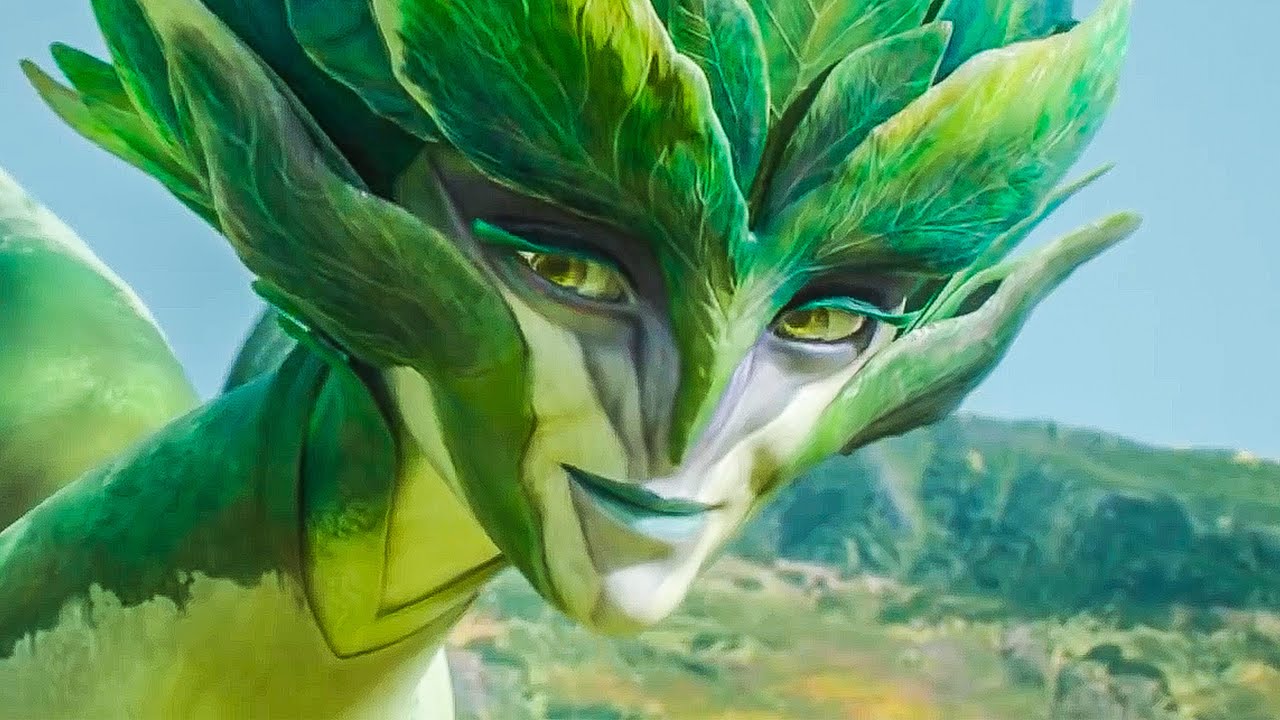 For my complaints about Oprah’s detachment from A Wrinkle in Time due to CG and not actually being physically present, there’s one scene where she does actually interact with Meg. Seeing her put her arm around Meg and give her sage advice, supporting her, is one of the highlights of the film. The animation just got in the way far too often, trying desperately to mask its heart. 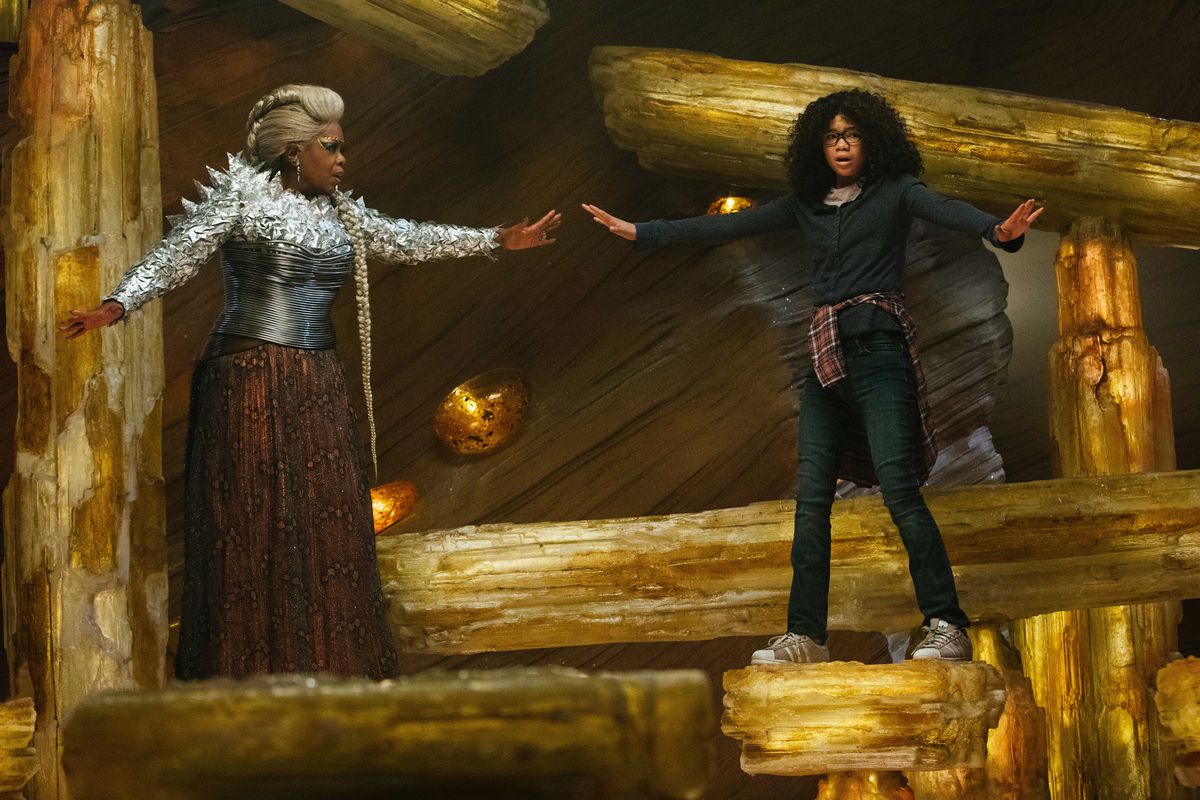 I could go on and on, and I already have, but suffice it to say these serious flaws are not a reason to avoid A Wrinkle in Time. Families need to go see it if only to spur on discussions of love and family relationships. For me, that’s worth the ticket price and putting up with all the other issues. The emotional resonance found here is profound—Meg is such a relatable character, and Storm Reid plays her with such subtlety that I cannot help but be impressed.