Netflix Original First Match tells the story of Monique, hardened by years in foster care growing up in Brooklyn. She decides to join the boys’ wrestling team to try and reconnect with her estranged father. Directed by Olivia Newman and starring Elvire Emanuelle, the drama was aired globally on Netflix on March 30, 2018.

Netflix film First Match makes it tremendously difficult for audiences to like the lead character Monique (Elvire Emanuelle) in this coming-of-age sports drama. On various occasions you become discouraged by the lead;  her attempts to self-sabotage and demonstrate such animosity towards her feeble foster mother. The sports drama places doubt on whether she will ever overcome her underlying problems. The movie does not present glimpses of light to offer hope. Monique has been severely let down; with a hopeless upbringing and a towering resentment, the last thing she needed was her father returning, in a dirty shirt, taking out the trash for a takeaway shop. Initially, you can feel merry for her when her father has a low-paid job after leaving prison. Christmas had come early. 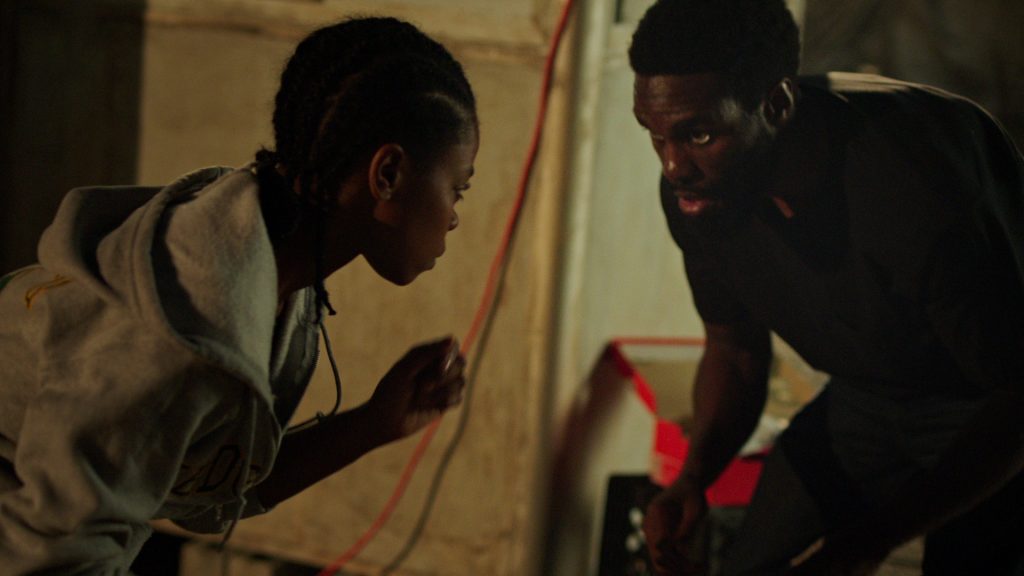 The importance of wrestling is a turning point. Knowing her father was a great wrestler, she attempts to integrate herself into the boys’ team in order to impress, holding out a torch so the father-daughter relationship has common ground. You cannot help but feel saddened that the only way she is able to reconnect is by getting onto the wrestling mats with disrespectful and pushy school boys. First Match showcases an unfortunate relationship with s**t parents, and how it can unduly affect how you think, feel and act. The Netflix Original spends a great deal of time positioning the scenario as if you were from the outside looking in; where naively you wonder why her behavior is odd and frantic. Monique does not attempt to engage with the audience in any way, even though she spends the majority of the time being the lead character on the screen. Director Olivia Newman has done a fine job keeping you at arm’s length with the lead character, despite her core involvement.

First Match undoubtedly displays sexism. The hormonal teenage boys sneer, laugh and become too proud when they have to fight her. They shout nonsense remarks like “get some” and “don’t let her beat you”. The fine moments come when she eventually becomes one of the good wrestlers in the team, which is when the sexism lingers, but there is a clear acceptance. Some will probably wince at this story progression but let’s be honest, it’s realistic. The wrestling becomes important to the plot, especially when her father starts to get more involved, which is when the problems start. 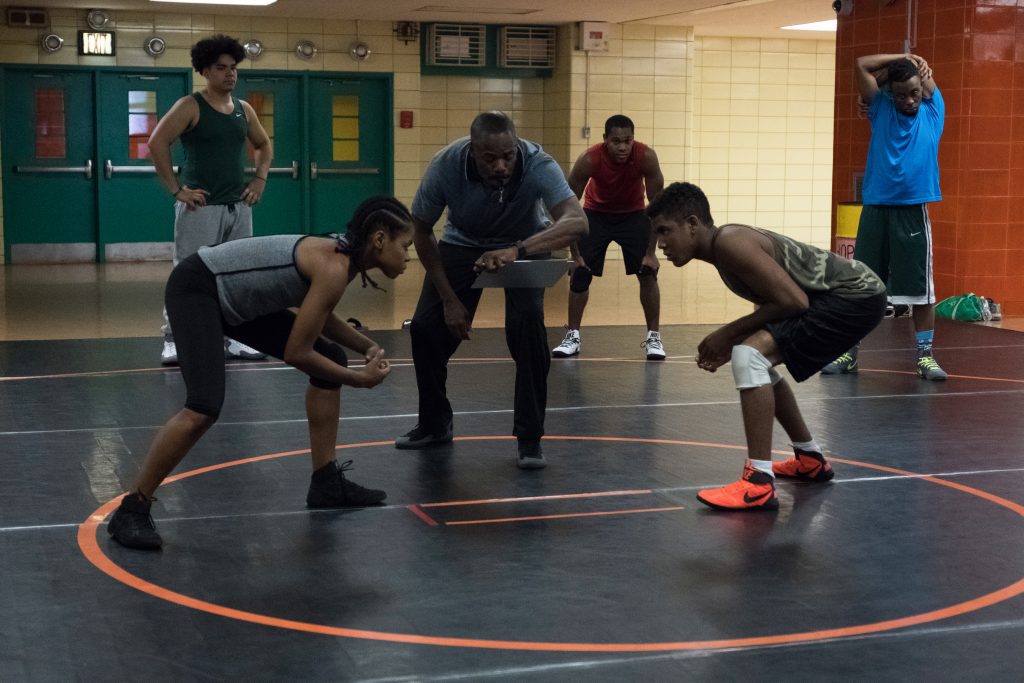 In the end, it could be argued that First Match is about Monique trying to find family in life. Despite the difficulty in trying to engage with her, you eventually understand that not all stories are meant to progressively reach a happy point. Unfortunately, and in many cases, some upbringings are horrendous, and a wrestling team cannot fix that. The issues that Monique suffers runs deeper than that. Like many coming-of-age stories we face at present, First Match is of one with honesty – growing up does not mean you find yourself, your life can get dramatically worse and a father returning does not necessarily mean it can be fixed. Especially if that parent does not have your interests at heart.

Despite the lack of an attempt to allow the lead character to find an emotional connection with the audience, First Match will provide realism. Parents cannot just turn up and expect everything to be okay, which is as realistic as a coming-of-age story can get.