A short British horror drama about a team of paranormal investigators and the secrets they uncover at a haunted house. Directed by Scott Lyus, written by Tony Sands, and produced by both. The short film stars Sophie Tergeist, Paul Dewdney, Mac MacFadden and Tony Sands.

I’ve just watched Echoes of Passed for the second time, because I want to write about it, but don’t know where to begin. That ending… Chilling…

Echoes of the Passed is about four people who gather at an empty – and reputedly haunted – house for a night of investigating whatever they observe. It’s about four people; not about ghosts or about a haunted house or tired cliches. We meet them, they get to know each other, and they get under our skin… All within twenty minutes. This tells me that the names above are worth following if nothing else.

Paul Dewdney is Professor Naughton, and Sophie Tergeist is Liz, his loyal assistant. Mac MacFadden and Tony Sands are Freddie and Frank, techie helpers (Sands also the writer). The acting is high class, especially from the first two; though Sands has also received Best Actor awards for this film at festivals. 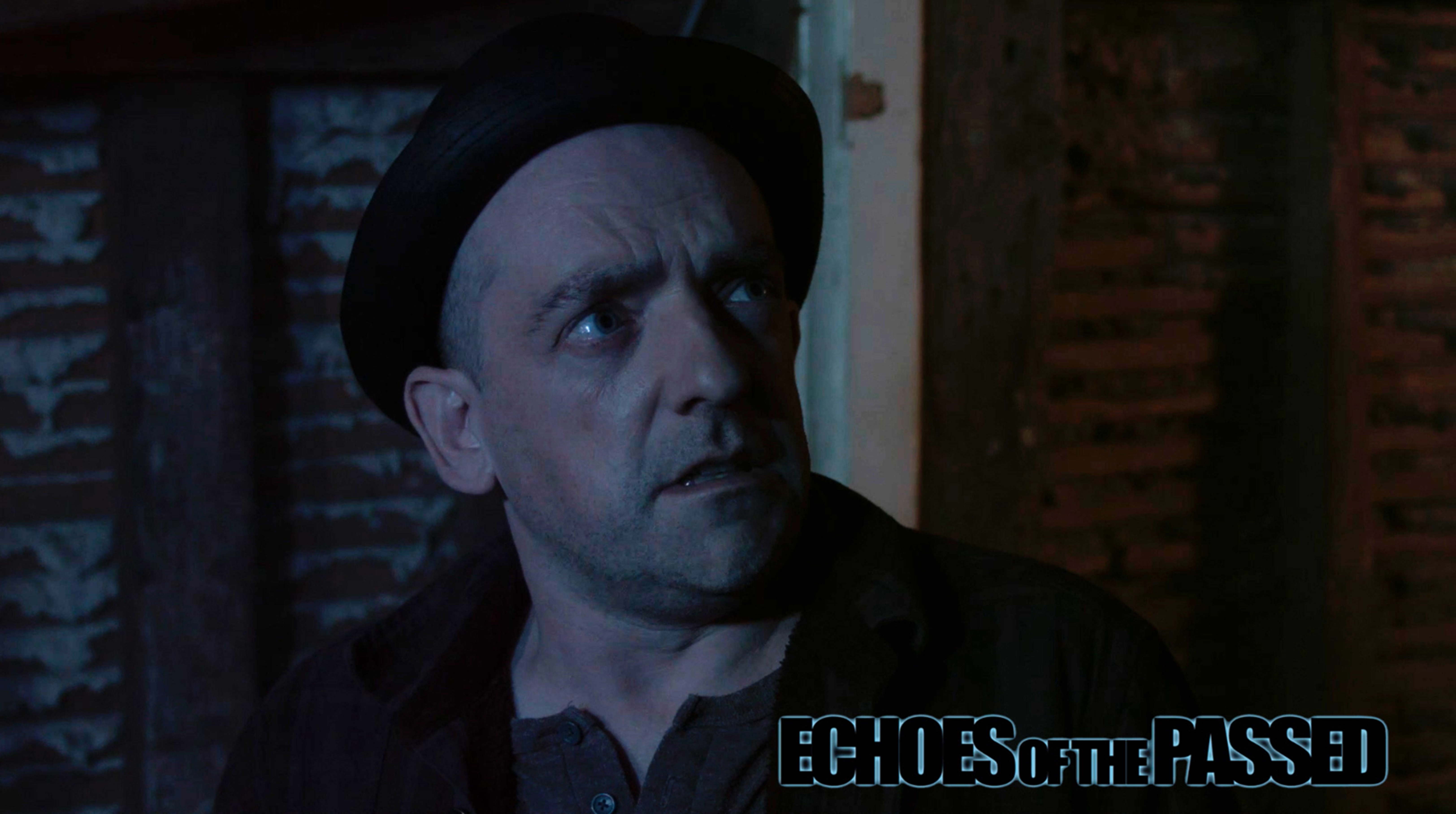 Scott Lyus’s direction is spot on. Particularly, I like the unhurried pace. Often with short films, there is a sense that the story has to be told quickly because time or resources are limited. But in this case, the story itself could be told in just three or four sentences. The majority of the film is about the characters, giving them depth and credibility.

The cinematography is very careful and atmospheric, observing our team from different angles and distances. This sometimes gives the film a claustrophobic effect; sometimes makes it feel like there’s someone else in the room.

This is the second short film I’ve seen directed by Scott Lyus; Silently Within Your Shadows was the other. Echoes of the Passed is still doing the festival rounds as I write this (March 2018), but considering Silently is available free via Amazon Prime, I hope this one will be in due course too. In the meantime, the trailer is here to whet your appetite:

I may be wrong, but I think in any film, the various elements (direction, writing, cast, soundtrack, etc.) have to fit neatly together; if one of them doesn’t fit with the others, it can jar badly. In Echoes of the Passed, the partnership between writer and director particularly is clear; I could not say how much of the film’s success comes down to one or the other, and I do hope they work together again. I shall watch out for Sophie Tergeist, too; my favorite actor here (who also starred in Silently Within Your Shadows).

On another note, it’s been interesting writing about this just a couple of days after Ghost Stories. Guilt and memories have a lot to answer for in British horror.