Rampage is a monster action film about three mutated animals run amok in Chicago, loosely inspired by the Midway Arcade games of the same name. It was directed by Brad Peyton, written by Ryan Engle and others, and stars Dwayne “The Rock” Johnson, Naomie Harris, Malin Akerman and, oh yes, Jeffrey Dean Morgan. It was released in cinemas on 13 April 2018.

Rampage is a riot. The roars, the destruction, the explosions, the huge jaws, and the stern brows.

You may know of the video games (and there have been several over the years) featuring “The Wrecking Crew”, three mutated animals smashing buildings and cars. This is the live-action film inspired by those games and featuring the same animals. They’re bigger, and their mutation backstory is different, but these both make some sense in the context of monsters made to look like they could be real, doing – you know – potentially real things, rather than cartoon-like game creatures. The creatures really made this film (although Johnson seemed to think he did), and Rampage delivered exactly what I want from an action film…

Rampage has all that! With monsters! 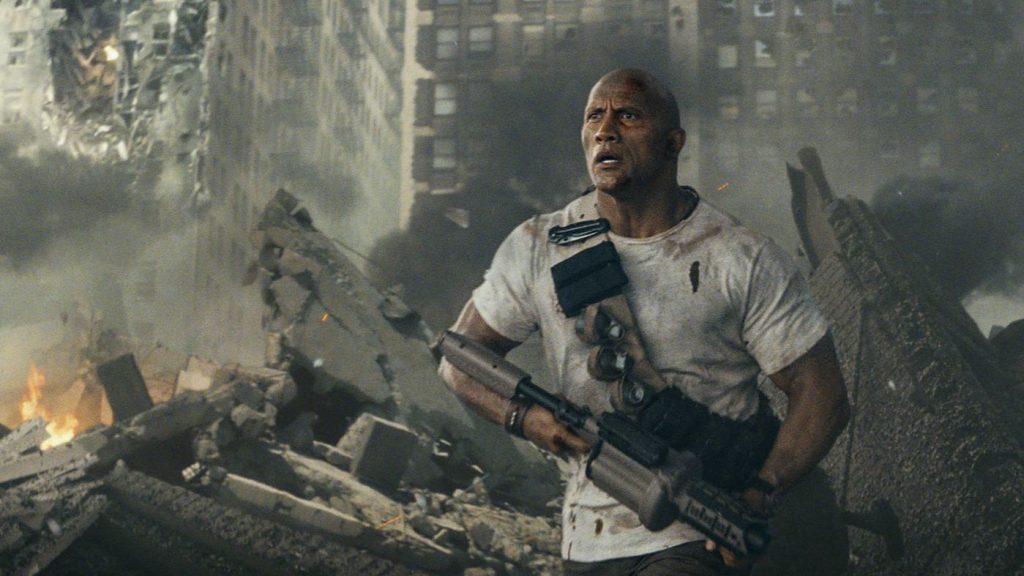 The acting was OK, but frankly not that important; all that matters on that front is not having poor acting or annoying tics that take you right out of the film. I had enjoyed Johnson in Jumanji, and again he had a role where he could be a caricature, and it worked just fine. It was, of course, terrific to see Jeffrey Dean Negan playing a good guy again, being so used to his current (egotistical and vicious) role in The Walking Dead. But even as an Other Government Agency cowboy, he still has the same assured presence. One of his Watchmen alumni, Malin Akerman, played Rampage‘s Cruella de Vil, and it really suited her; reminded me of Teri Hatcher in Spy Kids.

The monster special effects were excellent: remember when Jurassic Park first came out, and you marveled at how real the dinosaurs looked? A bit like that, but bigger… Especially Lizzie, the mutant lizard. Some of the editing looked a bit hurried and almost blurry towards the end, so it was tricky to catch the details: but, hey, you wouldn’t if you were there in the middle of Chicago while it’s being knocked down, either, would you? 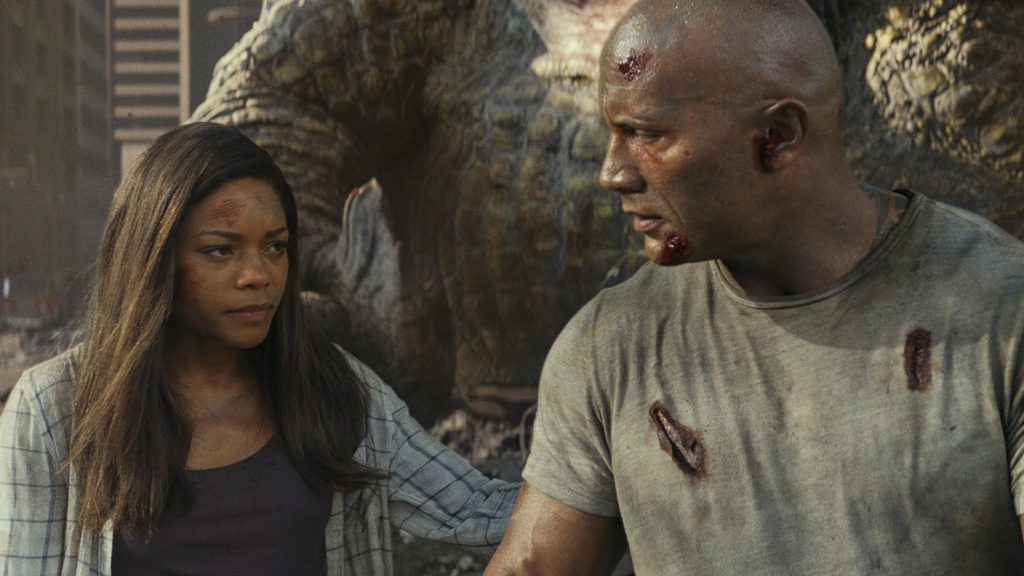 (Honestly, some of those other reviewers seem to be expecting way too much. This isn’t a high class intellectual sci-fi: it’s a low-brow romp! You can enjoy three-star films too, you know, guys!)

There were some terrific monster images; I’ll show you one here, but the other two favorites you’ll have to see for yourself… One in which Ralph the wolf’s dripping jaw leans down next to a trembling soldier’s face (a la Ellen Ripley); and the other was the long drawn out “moment” when Lizzie first shows herself, emerging from the river. 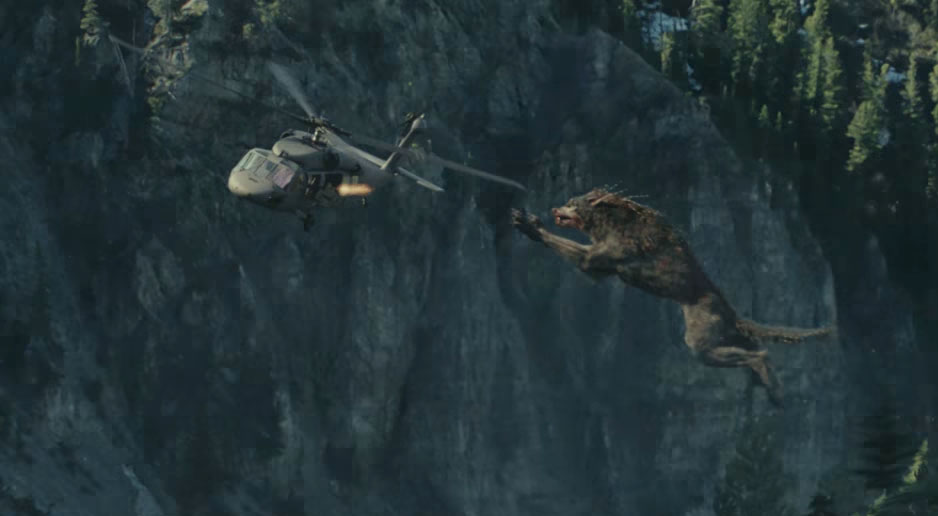 There were very obviously some elements that many other monster/action movies are made of… But why not? They work. As long as they have those elements I listed above, the film will work for me too. You could almost say the story was basically Kong Skull Island transferred to Chicago. But I got so sucked into the film that I didn’t notice.

I was lucky enough to attend the European premiere on 11 April (thanks, Heyuguys), and got to watch the film from the fourth row of the biggest auditorium I’ve ever been in. That’s the right way to do it: Immerse yourself. And the stars who came to celebrate and meet the crowds seemed so small compared to this film.

It’s big, over-the-top and fun. Don’t take your kids (some of the action is a bit too intense), but go with a mate or two and have a great time.