Kodachrome is a Netflix Original movie that follows the final few days of Ben’s (Ed Harris) life as he travels across the country with his estranged son Matt (Jason Sudeikis) on a journey that aims to develop more than just pictures.

Kodachrome is a Netflix Original movie that follows the final few days of Ben’s (Ed Harris) life as he travels across the country with his estranged son Matt (Jason Sudeikis) on a journey that aims to develop more than just pictures.

Even before I started to watch Kodachrome I felt like I had a pretty decent idea of what it was going to be like just by reading the synopsis on Netflix. Once the film started it felt like I wasn’t going to be too wide of the mark. This is a film about the relationship (or lack thereof) between a father and son, and it feels like fairly familiar ground. When we first meet Ben he’s… well he’s an a*****e, and the kind of a*****e that we’ve seen a lot in TV and film. That doesn’t sound great out of context, but you get what I mean. Ben’s a world-renowned photographer who is more at home behind than the camera than talking to his own son. He’s meant to be someone who is incredibly brilliant and well-respected, but who has no comprehension of how to be a father or a husband. So far, so familiar.

Matt’s relationship with his father is strained, to say the least. He hasn’t seen him for most of his adult life. It’s only when Ben is in the final throes of liver cancer that he tries to reconnect with his son in the form of a 2000-mile road trip to Kansas. Matt is a fairly familiar character as well, someone who holds a lot of anger and resentment towards his father, but of course he doesn’t really know the full picture. When do they ever know the full picture?

Kodachrome is an interesting film and it’s quite an inoffensive watch, but at the same time, it’s incredibly familiar ground. Right from the outset, it sets its stall out as a quirky, indie family drama complete with a knowingly alternative, indier-than-thou soundtrack.  The premise is something that we’ve seen many times before – a disparate group forced together into a quest that leads to self-discovery and a stronger bond. 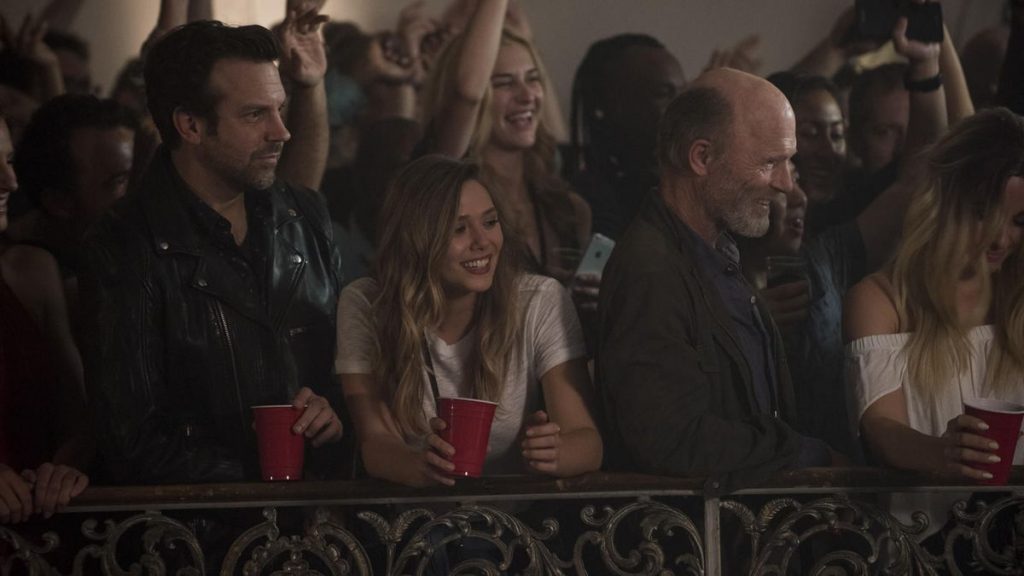 One thing that works in the film’s favour is the performances of the three leads. I really liked what Ed Harris did with the character; as I’ve said it’s a character that we’ve seen in one form or other many times before, but he manages to inject some real emotion into the performance. Similarly, Jason Sudeikis really surprised me, as I’ve only ever really seen him in comedic roles, and not his dramatic turn in Colossal. This gave him a chance to show what he can do and I was really impressed with the results. Elizabeth Olsen, as Ben’s nurse, doesn’t get quite as much to do as the others, but she’s an interesting character and she had some great chemistry with Jason Sudeikis.

The film isn’t the most original in terms of plot and characters, but that’s not the main issue that I had. I think that it’s entirely possible to still have a movie that isn’t all that original but is still really well done. What I think Kodachrome lacked was that despite having a lot of emotional beats, the film never really felt like it had earned them. The characters just seem to make emotional breakthroughs and have life-changing realizations without any kind of effort. The character growth feels like it has just been used as a tool to push the plot forward to its (telegraphed) conclusions. It’s a shame because the performances are good but the story doesn’t do enough to develop the characters in a believable and logical way.

Kodachrome is an enjoyable film in some respects but it seems to be a missed opportunity. With the cast and performances that they managed to get, it could have been something special. Instead, the film seems like it is racing through the character development in order to hit the emotional touchstones.