Netflix documentary Mercury 13 takes viewers on the moving and empowering real life journey of 13 American women, detailing victories and defeats in the once male-dominated world of space exploration. Straight from the horse’s mouth, members of the honoured thirteen disclose their struggles with prejudice and discrimination faced when challenging the oppressive patriarchy ever-present in NASA in the 1950’s and 60’s. The documentary aired on Netflix on April 20, 2018.

Mercury 13 is a tremendous demonstration of persistence, tenacity and courage, a homage to the marvelous women who took dauntless steps to change the world. Mercury 13 begins during the 1950’s when young female pilots were beginning to spread their wings, although, at the time a man’s privilege, young women were finding ways to take to the skies. Footage of soaring planes, controlled and maneuvered by the finest female pilots, demonstrates the humble beginnings of the aspiring cosmonauts. Yearning for freedom away from humdrum life, female pilots were breaking records, running air derbies and paving the way for the future of aviation.

Audiences are treated to the stories and accomplishments of notable and influential women including the acclaimed pilot Jacqueline Cochran. As a pioneer of American aviation, Cochran lay the foundation for confidence in the female ability. Mercury 13 tells of how Cochran lent her determination and ambition to ensure she was not invisible to the world of men, nor unimportant in the face of feminism. Although, Mercury 13 also tells of Cochran’s attitudes towards the women of the Mercury project and how she abandoned her fellow equals in the name of self-interest. A compelling true telling that will leave audiences passionate and disquieted in the wake of the endearing women’s tales. 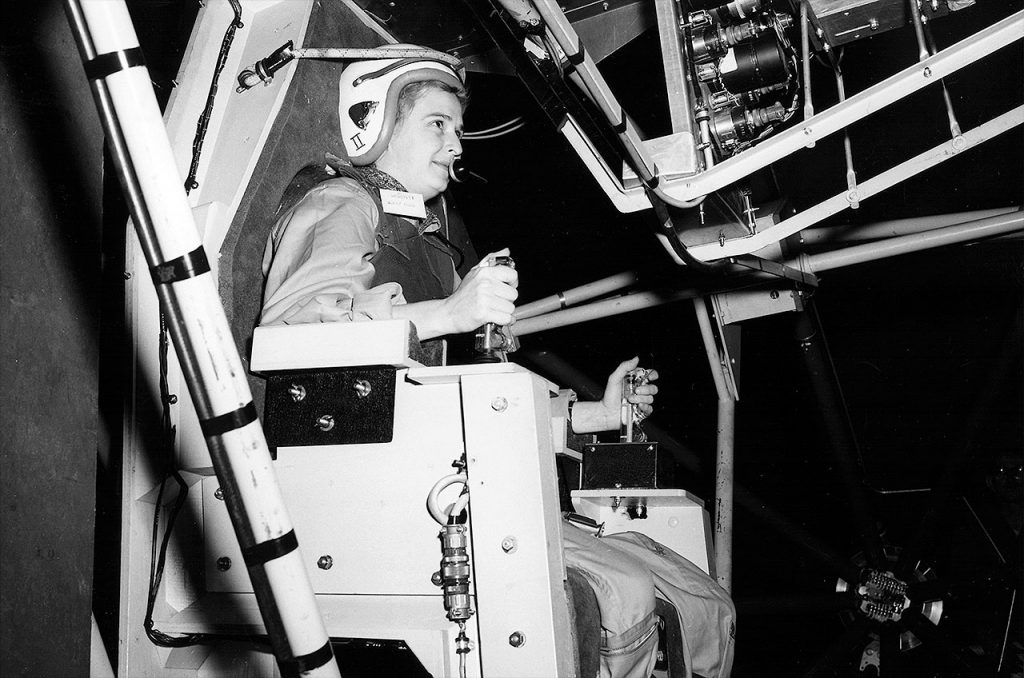 Mercury 13 also takes place during the well-known space race. Russia and America were head to head in the goal of making history, with the world looking on, waiting to see who would be the first to reach the stars. Soon after Spudnik took to orbit, America grew more and more eager to send a man into space; men were recruited and tests were hastily executed to create an ideal astronaut ensemble. NASA believed they had no need for female pilots and so the requirements were created to ensure only male applicants qualify. Dr. William Lovelace II thought differently, with the notion that women are built smaller than men and in turn possibly more suited to cramped space crafts, he funded his own research.

Lovelace privately recruited potential cosmonauts from reliable sources including the women’s pilot organization, sources that accredited the young women with impressive airtime, skill and commercial experience in aviation.  These women became the first to be granted access to some of the most sophisticated aerospace testing of the time. Physical and psychological tests were conducted and soon evidence was beginning to demonstrate just how capable these female candidates were, with many results actually exceeding those achieved by their male counterparts.

Mercury 13 continues on to speak of the devastation felt once the research and testing provided to the pioneer women was halted; the women’s hopes and dreams never to be realized as the research was deemed unworthy of funding or time. A smack in the face for the fearless 13 who had left life and career behind to pursue the restitution for equality for women.

According to the men in charge, the fact was that there was “no need for women in this kind of field and that was the fact of the social order”. As a reflection of the time Mercury 13 explores the fascist domination of male power and, in turn, reveals the insecurities that men faced when confronted with capable and tenacious women. America wanted to show off their strongest and most elite; this could of course not come in the shape of a woman. Mercury 13 delves into the frankly stagnant opinions of those who went as far as to compare the capabilities of women to that of chimps. Offering first hand retelling of stubbornness and ignorance Mercury 13 allows audiences to walk in the shoes of the people who were stripped of opportunity due to their gender.

At heart Mercury 13 is not about the failure to reach space nor the hindrance of potential but instead delivers us the undeniably inspirational stories of dedicated women overcoming adversity. Boasting interviews with members of the mercury research programme, we are treated to the voices of women that will surely inspire future feminists to continue supporting and speaking up for equality. Although some of the Mercury 13 have passed, they surely will not be forgotten, and this documentary will serve to keep their legacy alive.

Overall I believe Mercury 13 has phenomenal potential to inspire and motivate audiences, a fascinating retelling of events. From humble beginnings to final court cases, these women fought for the right to do as men could do. An exceptional reverence to the women that would soon come to inspire future generations. I highly recommend this documentary, it’s hard not to leave it behind feeling motivated and encouraged to believe that the sky is not the limit.