Chappaquiddick tells the frank story of a dark chapter in the Kennedy family’s troubled saga: the death and subsequent cover up of a loyal member of Ted Kennedy’s entourage.

Chappaquiddick tells the frank story of a dark chapter in the Kennedy family’s troubled saga: the death and subsequent cover up of a loyal member of Ted Kennedy’s entourage.

How can someone possibly live in the immense shadows of both John F. Kennedy and Robert Kennedy? When a generation’s expectations are placed upon you, how in the world can you have any kind of perspective? Ted Kennedy’s family seems to be cursed with equal measures of greatness and tragedy. From the start of Chappaquiddick, director John Curran firmly establishes the film’s perspective: Ted Kennedy (Jason Clarke) is the heir apparent to America’s political future; the hopes and dreams of a generation sit squarely upon his shoulders. Yet, he’s a human being. He makes mistakes, though his mistakes aren’t exactly like the common man’s mistakes. In this case, his night of drunkenness leads to the death of an innocent woman (Kate Mara) whose big mistake was believing in the Kennedys.

Following the deaths of his brothers, Ted is the head of the Kennedy clan now, and he has a legacy to protect. That’s the priority. He lives on a pedestal built by everyone around him. Everyone who encounters Ted Kennedy in person or on the phone speaks his name with breathless reverence, nearly genuflecting in his presence. This is how he gets away, literally, with manslaughter.

There’s no question: he’ll run for President. He admits that he doesn’t want the White House, but at a toast aimed at honoring the people who have helped him, remembering his brothers’ deaths, his best friend (Jim Gaffigan) adds that they’ll be in the White House in 1972. Everyone sees this achievement as predetermined. Yet it’s derailed by a single, senseless mistake.

To anyone else, that mistake would be life-altering. But not everyone is a Kennedy. 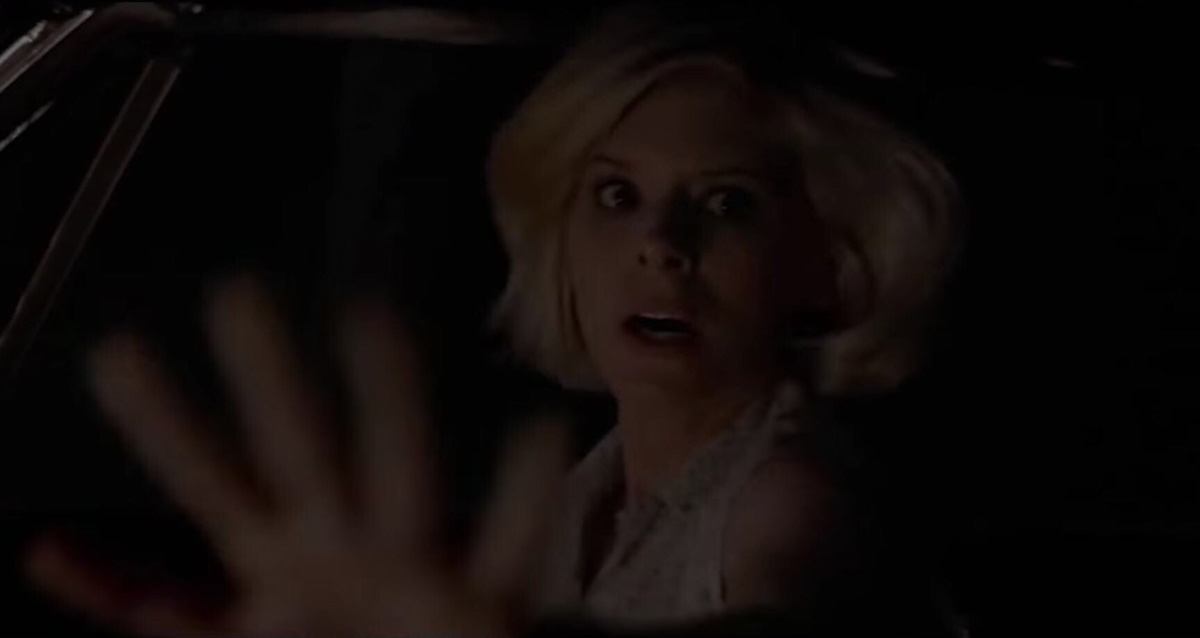 After he drunkenly swerves off of a bridge and into the Chappaquiddick Dike in Massachusetts, Kennedy swims ashore and walks back to the cottage where all his friends have remained, partying. All the while, Mary Jo Kopechne (Kate Mara) slowly drowns in the car. His first words to his friends and confidantes are, “I’m not going to be president.” Then his friends jump into action. They can’t save her, and his lawyer and a US Attorney tell him to report the incident, then they row him back to the mainland where he calls his father and then a publicist. He does not report the incident to the police.

From this point on, Chappaquiddick is an exploration of power. The next morning, he blames his confidante and cousin Joe Gargan (Ed Helms) for not reporting it himself. Everyone’s first thought is: “What do we do to help the Senator?” This includes the Police Chief, the District Attorney, and a US Attorney – the Kennedy name comes first. Damn the lowly girl who had the misfortune of simply being with him. 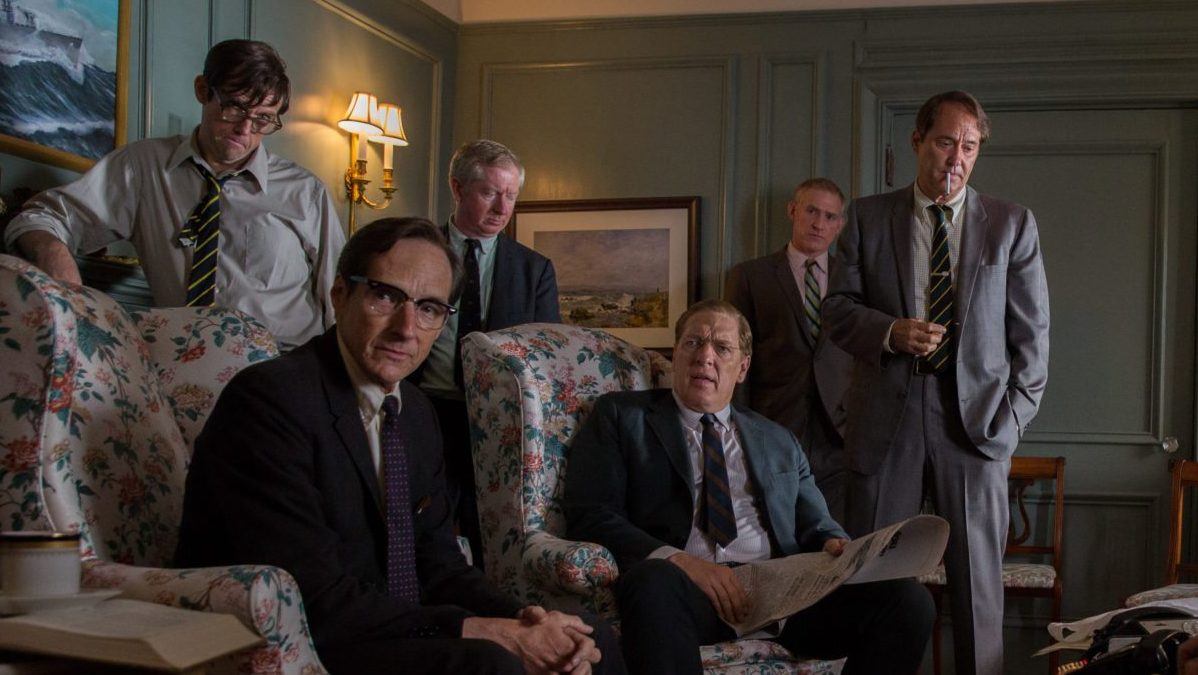 The biggest, explosive reaction that his legal team has is when Ted reveals his driver’s license has expired. All that matters is the cover-up. No one cares about the dead girl in Ted’s car, just that she inopportunely died.

Mary Jo Kopechne, the loyal staffer, becomes an inconvenient, dehumanized corpse. In order to keep secrets, Kennedy’s legal team says things like, “We need to be in control of that dead girl’s body.” Her name is rarely uttered because she is simply a roadblock to Kennedy’s political future. The moon landing, which happened concurrently with his crisis, is celebrated for an entirely separate reason in the Kennedy household: it ’s a bigger headline than Ted’s little indiscretion, so he’s free and clear. 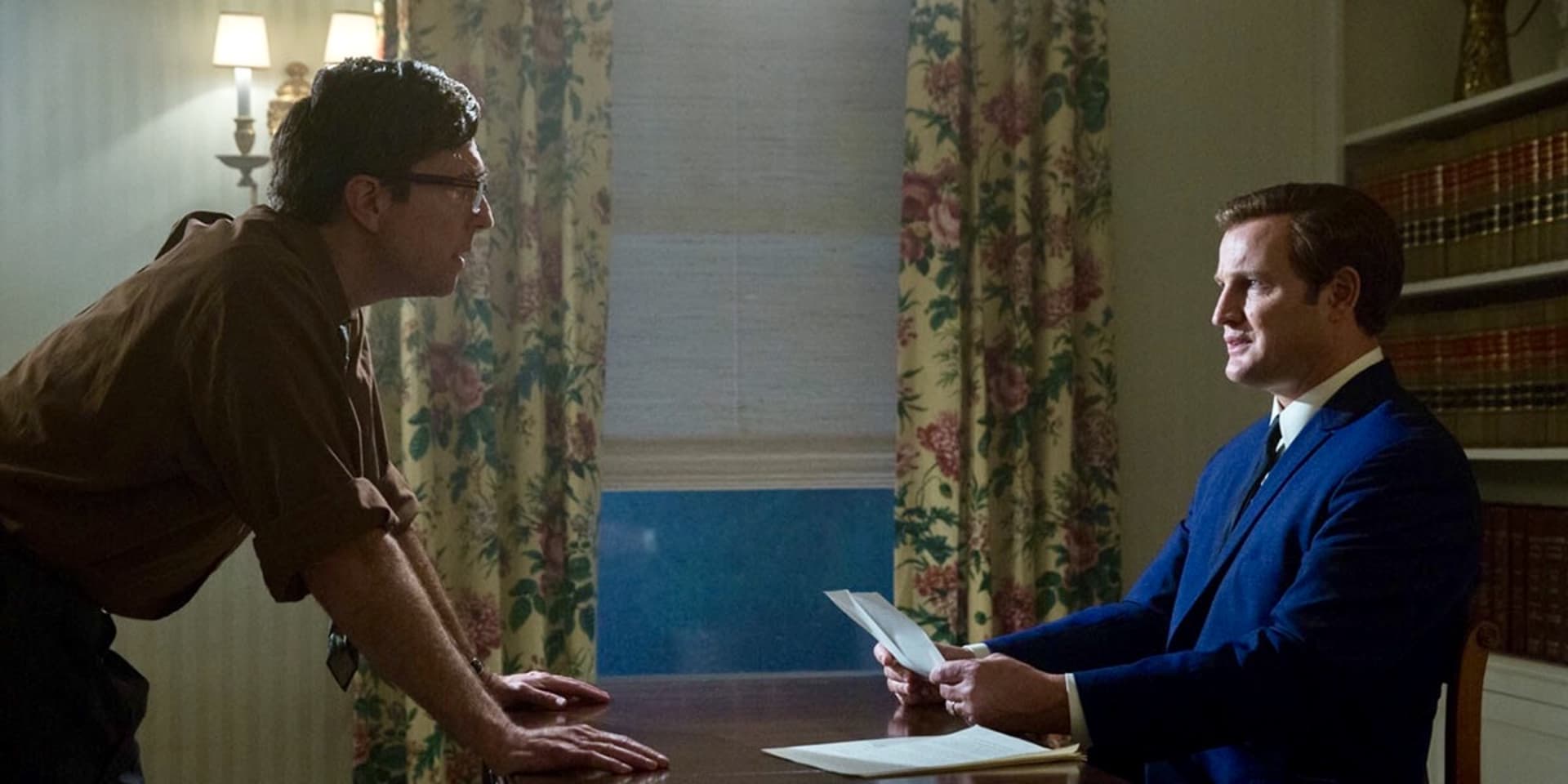 Everyone and everything pales in comparison with clearing Ted’s – and the Kennedy clan’s – name. Ted opines: “The country has a deep connection to the Kennedy name. And that’s not something to waste. We need to remind the country what this family has been through and how much we have left to give.” Finally, Joe Gargan points out that the half dozen men who are trying to pin Kopechne’s death on anyone and anything other than Ted are ridiculous. He asks: “A girl dies and somehow Ted is the martyr?” Ed Helms is sympathetic and a put-upon sycophant who finally steps aside because of his morals. He finally realizes the hollowness of the Kennedy persona when Ted shows himself willing to throw all ethics away to save his political career.

Everyone and everything becomes a scapegoat, an alibi, or a tool to clear Ted’s name. He blames his cousin for not calling the police, he blames the late hour, he even lays blame on the road and the bridge for being poorly placed.

Jason Clarke does a great job of portraying Kennedy’s problems, and Helms is wholly earnest, sticking to his morals, even though it breaks his heart. Bruce Dern plays the Kennedy family patriarch, a cold-hearted bastard (the type of character Dern plays best), whispering “Alibi” to his son. And lastly, Kate Mara’s Kopechne is instantly likable, making her death all the more tragic.

Chappaquiddick‘s greatest strength is Kennedy’s intense vacillation about the right thing do to in the situation. At times he fervently wants and tries to do the right thing, and at others he pursues a strategy of misinformation, covering up the situation. In this day and age of information and power and facts – both real and alternative – this is an impactful film. At one point, Kennedy seems to be ready to come clean. He says, “We tell them the truth. Or at least our version of it.” This presidency isn’t the only time we’ve called upon alternative facts. How many of our leaders have buried secrets? How many hands helped keep those secrets hidden?

A film like Chappaquiddick reminds us that we can vote for our leaders and believe in them, but holding deep, blind reverence for them doesn’t make sense. After committing manslaughter and publicly covering it up, Kennedy was re-elected to the US Senate for another forty years. This is no fable; this really happened. No man is without his flaws, and power must be held accountable.