In “Another Day in the Diamond”, we learn what Madison, Alicia, Strand, Nick, and Luciana have been up to since last season, and we meet a new threat who call themselves “the Vultures”.

In “Another Day in the Diamond”, we learn what Madison, Alicia, Strand, Nick, and Luciana have been up to since last season, and we meet a new threat who call themselves “the Vultures”.

Not a lot happened in this week’s episode of Fear the Walking Dead. In fact, by the end of Another Day in the Diamond, we’re left wondering the same thing we were last week: Why, exactly, have our beloved heroes become highwaymen?

Here’s what we did learn, though, thanks to an ominous title card that read, simply, “Before”. We learned that at some point after the exploding dam separated them at the end of the (terrific) third season, Madison, Strand, Nick, Alicia and Luciana reunited. We learned they’ve been living for one year in a fortified baseball stadium where they had built a peaceful, functional settlement – they were even growing turnips.

We also learned that things went bad – and not just the vegetables, although a timely weevil infestation did a number on those too. Folks, meet Charlie: a sweet, innocent, oddly curious 12-year-old who has lost her family. Nick befriends her; the rest of the crew set out to find her missing relatives in a nearby ghost town. They find another of those weird white banners with painted numbers on them. They find a woman, Naomi, who holds them at gunpoint, and who at first they assume is Charlie’s mother but who later turns out not to be.

There’s a slick (oh, I’m sorry) action sequence in a fuel silo, in which Madison and Naomi fight walkers slathered in oil, and Luciana finds a book for Charlie. They head home. In the meantime, Nick heads out. He’s been shook up by the rotting turnips and some loud classical music that seems to be emanating from nowhere. They basically crash into each other. But it turns out Nick was right to be worried. That music is played by men who sit around on lawn chairs and casually sip beer. The men know a lot; names, defences, inventory, number of people. They plant rippling white banners and spray numbers on them. 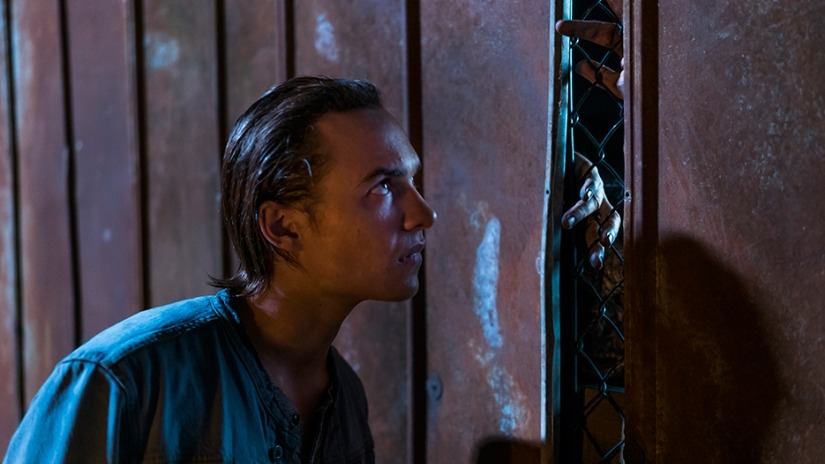 And Charlie, that little turnip-ruiner, is their informant. Snitches get stitches, young lady. That still applies in the apocalypse, right?

Those men, they call themselves “the Vultures”. They want all the Diamond’s stuff, and if they don’t get it, they’re going to kill everyone and take it anyway. The place is under siege. The crops are dying. Still, Madison continues with her building projects. The others help. Meanwhile, Luciana lays down the book she found for Charlie – I like to think that’s a kind of a “f**k you” in print form.

The next title card reads: “Now.” And we’re back to on the road, like last week. Not much learned, really. Not much changed.

And you know what? I don’t care. Another Day in the Diamond was stellar television; an effortless example of just how much better this show is than its big brother, and in so many ways. Look at the discordantly upbeat introduction. Observe the title cards and the disjointed timeline actually being used to proper effect. You were surprised by Charlie being a spy, weren’t you? The kids are never spies. Too innocent. Too easy to mine drama by putting them in peril; why would writers waste that juicy young flesh on a villain, when they could just have it be chomped on in a midseason finale? 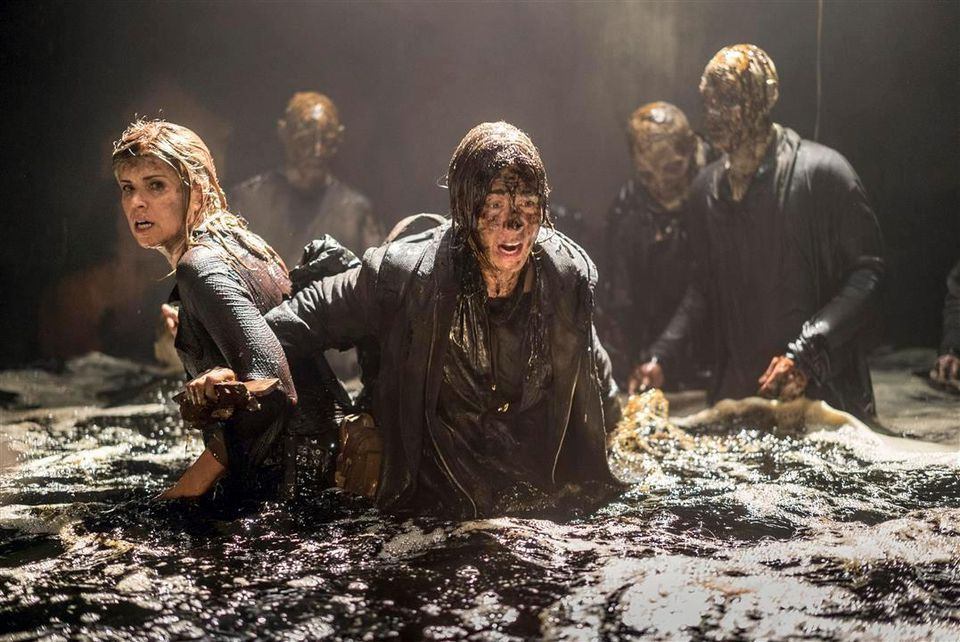 You know what it is, though – the secret? It’s the characters. Not just that Fear the Walking Dead has excellent characters, though it does, but that it presents archetypes and turns them on their heads. The sexy daughter is actually a natural leader; smart, strong, wholly capable. The self-destructive junkie is so ceaselessly charismatic and good that his occasional idiotic decisions don’t turn you against him. Even when characters veer off the rails, as Madison and Strand did at various points last season, you can understand why. You might have been surprised by the lengths Madison would go to in order to protect herself and her family, but she never lost her essential nature. She never stopped being brave and determined and self-sacrificing.

Because these characters are so consistently well-written, something like the episode-capping reveal from last week, or the fact that Another Day in the Diamond actually raised more questions than it answered, well… it doesn’t really matter. You don’t see the heroes accosting travellers on the road as a contrivance, or a cheap gotcha cliffhanger. You know these people. And you wonder what might have happened to them for them to be in that position.

There are still plenty of things we don’t know, and Another Day in the Diamond doesn’t really help with that. We don’t know what happened between the end of last season and the start of this one. We don’t know what happened between the Vultures arriving and that scene on the road. We don’t, for that matter, know much about the Vultures, beyond their predilection for banners, classical music, lawn chairs, beer, child spies, and the weird way they lure and contain zombies. But we’re interested. The steady drip-feed of answers isn’t frustrating – it’s tantalising.

Behold, ladies and gentlemen, the difference between a good show and a bad one. Let’s hope it continues as such.