Into the Badlands S3E1 Recap

“Enter the Phoenix” provides a small but significant reset of Into the Badlands, which has rapidly become must-see television of a kind unlike anything else. Old players show their hands and a new villain comes to the table in the season 3 premiere.

“Enter the Phoenix” provides a small but significant reset of Into the Badlands, which has rapidly become must-see television of a kind unlike anything else. Old players show their hands and a new villain comes to the table in the season 3 premiere.

And on the twenty-second day of the fourth month, God gave us the season 3 premiere of Into the Badlands. “And lo,” he said, “it shall be called Enter the Phoenix. And it shall be gloriously insane.”

To be honest, “gloriously insane” really sums up AMC’s colourful martial arts and fantasy mash-up, which is a bit like Mad Max had a baby with House of Flying Daggers while on LSD. And I love it because of that. It’s odd blend of far-out mythology, near-future dystopia, eastern mysticism and old-fashioned wuxia make it one of the weirdest things on American television; and not in an arty, pretentious way like, say, FX’s Legion, but in a way that suggests the show’s co-creators, Miles Millar and Alfred Gough, just don’t give a f**k about anything beyond balls-to-the-wall entertainment.

Enter the Phoenix has a job to do in repositioning the show’s various genre-bending narrative elements after the climax of season two kicked them to bits. In fact, it opens with a non-too-subtle voiceover during which territory is divided on a giant map; subtlety, of course, being one of the things that Into the Badlands has no interest in whatsoever. 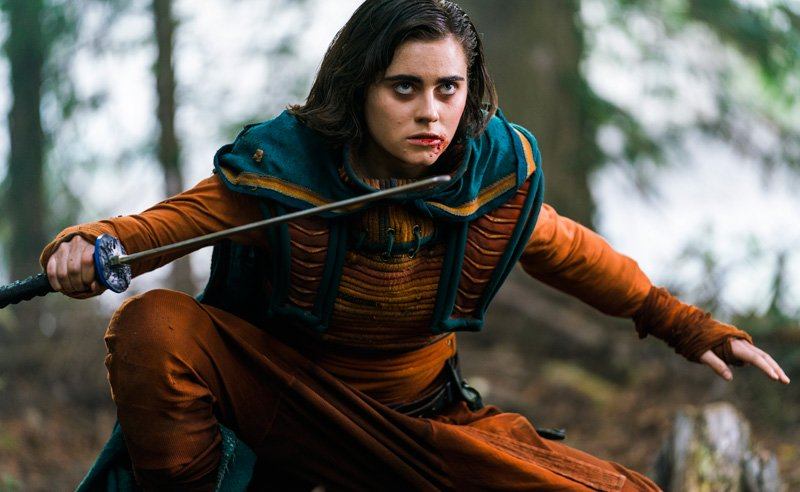 The Badlands, then, find themselves in the midst of a bloody civil war between the Widow (Emily Beecham) and Chau (Lewis Tan). Peripheral to it is Tilda (Ally Ioannides), who has fled the former’s employ and sided with the supposedly reformed Baroness Lydia (Orla Brady), and a roaming religious fanatic who rolls with two warriors blessed by the eye-blackening “Gift”. That pair whirling their way through a garrison of troops makes for a nice, showy ending to Enter the Phoenix, which reminds us all once again of the stellar work that Into the Badlands offers in regards to action choreography, editing, and cinematography.

Sunny (Daniel Wu), meanwhile, has spent the last six months wandering the landscape with his son, Henry, who it’s revealed in Enter the Phoenix also possesses “the Gift”. And at such a young age, this is, according to Nick Frost’s Bajie, a mythology-busting revelation. If there has ever been a knock on this show it has been that it chews through plot too quickly for any of its finer worldbuilding details to matter, so it’s refreshing to see these longstanding but underdeveloped elements be treated with importance right from the jump. 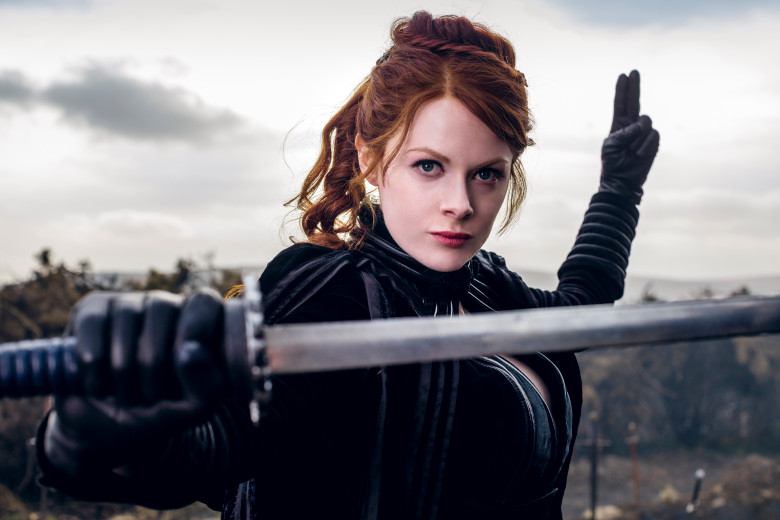 I miss Marton Csokas’s villain, it must be said, and I’m curious to see what the show does without him. The Widow, one of the show’s finer characters, might fill that void nicely, especially with her recruitment drive having picked up Nathaniel Moon (Sherman Agusutus), who wants revenge on the man who took his hand. But I enjoyed the moral fluidity that kept her allegiances temporary and her objectives indistinct; as a straight-up villainess, she might not work so well, although Beecham continues to sell the hell out of the role.

More interesting, at least right now, is M.K. (Aramis Knight). Into the Badlands recognised last season that he runs the risk of being a pouty irritant, so the show took great pains to make him cooler. In Enter the Phoenix, we find him locked in a cell in the Widow’s camp, getting high and getting laid. I can’t fault his approach. 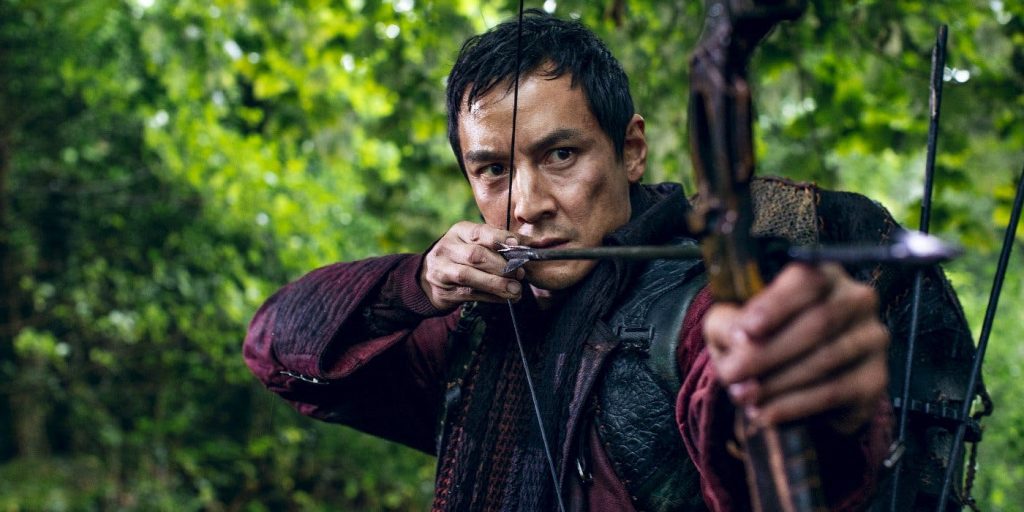 Of course, being a premiere, Enter the Phoenix also leaves us with more questions than answers. It leans heavily into being a soft-reset for Into the Badlands, and it goes by so speedily that you might find yourself wishing that AMC had aired the first two episodes just to properly welcome the new threat to the season. But blimey, it accomplishes what it sets out to with a startling level of efficiency and panache. This is a show that developed an audience through unconventionality and the elaborate – sets, costumes, and swordfights, all mental. But it tricked that audience into caring about its characters and its world through sheer force of will.

Once a reliably-entertaining distraction from AMC’s usual zombie-focused fare, Into the Badlands is now can’t-miss television. If you ask me, it has been a long time coming. See you next week.