A deadly virus carried by the rain has a devastating effect on humanity as it seemingly wipes out most of the population in this new Netflix Original series.

A deadly virus carried by the rain has a devastating effect on humanity as it seemingly wipes out most of the population in this new Netflix Original series.

The Rain is a new Danish Netflix Original series that treads fairly familiar ground – a catastrophic event has brought mankind to its knees. What remains of humanity is scattered and desperate and those that managed to avoid the deadly rain now have to scrape out an existence, whether that’s fighting for food or fighting for their lives. The post-apocalyptic struggles of mankind are almost a sub-genre in their own right now, given the popularity of TV series like The Walking Dead and also movies like The Hunger Games series. Does The Rain manage to enough to really stand out from the crowd or is it destined to be washed away with the next shower?

I really, really liked The Rain. Initially, I was skeptical about the premise; after all, how scary can the rain actually be? As I went into the series I was expecting something slightly different, I thought the virus contained in the rain might turn those unlucky enough to be caught in it into some sort of zombie. I’m pleased to report, without giving away too many spoilers, that’s not the case. 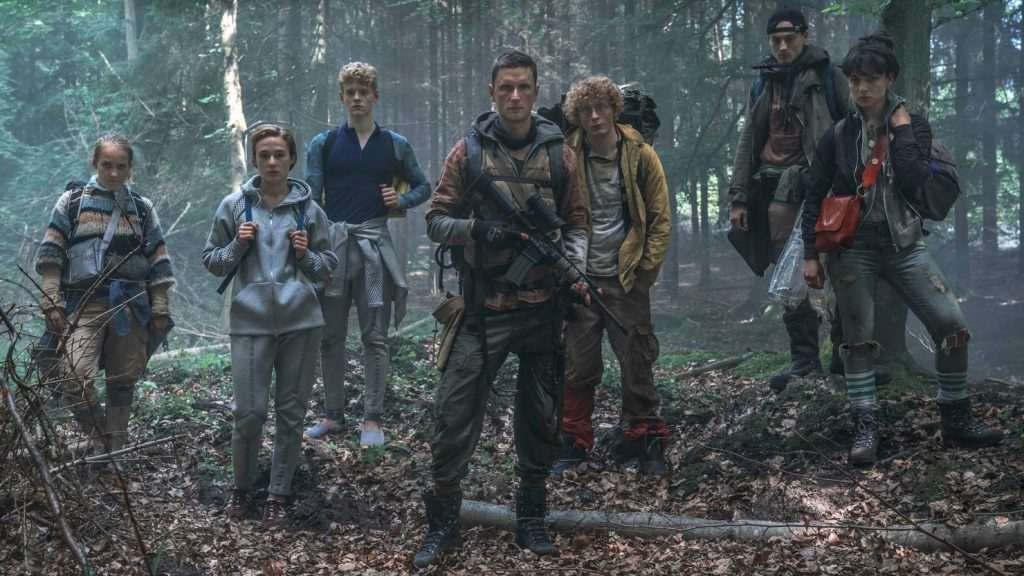 It’s actually a bit of rarity to have a post-apocalyptic world like this where there aren’t some form of monsters roaming about. Instead, The Rain manages to make something that is so mundane, and yet so essential to life, seem terrifying. There’s a real sense of tension and fear after we see firsthand just what happens if you go outside without an umbrella. It could have easily fallen into schlocky, cheesy horror film territory, but instead, there’s a genuine sense of pressure and peril flowing through every episode.

One of the things that makes The Rain just so suspenseful and enthralling is the characters. The two siblings at the heart of the show, Simone and Rasmus, are brilliantly played and their mission to find their father seems essential and logical. The main quest reminded me of Jayce and the Wheeled Warriors (ask your parents) to a degree, as we’re following somebody searching for their long-lost father, the only man who can end the cataclysmic events plaguing the world. Sorry, I got lost in my nostalgic reminiscences about 80s cartoons. The real strength of The Rain is that it isn’t only Simone and Rasmus that are well-rounded and interesting characters. The brother and sister duo soon join forces with a larger group headed up by Martin (Mikkel Boe Følsgaard) along with Patrick (Lukas Løkken), Lea (Jessica Dinnage), Jean (Sonny Lindberg) and Beatrice (Angela Bundalovic). The Rain is only eight episodes long, but it manages to give a lot of background to each of the main group, making them feel like fully realized human beings rather than character tropes. This is largely achieved with Lost-esque flashback sequences that show us how each of the group dealt with that first, fateful rain storm and they work really well. The characterization in each episode is largely fantastic; in a fairly short space of time we develop a really strong connection to each of the characters. Some of the backstories are utterly heartbreaking and all of them are packed with moments of real emotion. 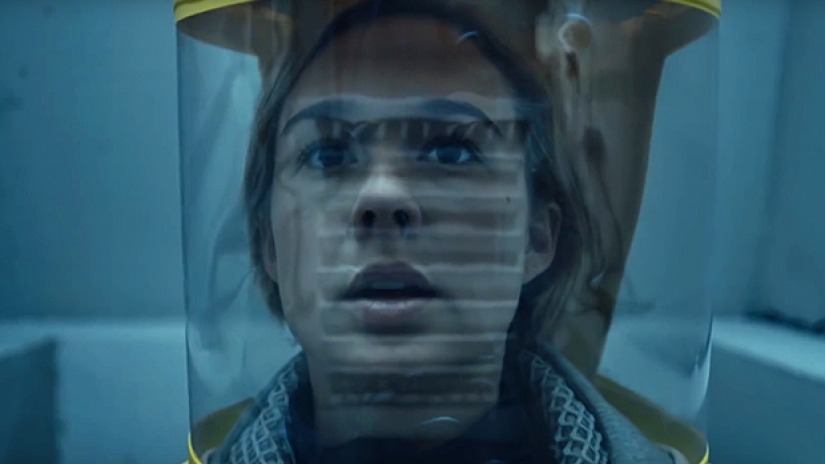 The similarities to Lost don’t end there either. Where Jack and co had the mysterious Others to contend with it’s not just the rain that troubles Simone and the gang. The countryside is being stalked by The Strangers, a group of heavily armed military types who use their significant technological resources to scour the landscape for survivors. Anyone caught by The Strangers disappears quite quickly to meet what we can only assume is not a great end.

If you think that life in this world sounds bad enough already with the deadly rain and The Strangers prowling about the place, there’s still more to come. As we’ve seen in other post-apocalyptic shows and movies, events like this often take their toll on the humanity of those left alive. The Rain is really no different. It seems that this catastrophic event has brought out the very worst in a lot of the population as they fight and kill to get their hands on a few scraps of food. This is one of the (many) things that sets The Rain apart from the likes of The Walking Dead. In The Walking Dead, we’re constantly told how people have lost their humanity and there’s a very heavy-handed attempt to tell us that it’s the humans who are the real monsters. The Rain treats the audience with a little more respect, and allows us to make our own decisions about what’s going on, but it is very interesting to see how the world would react to something like this. 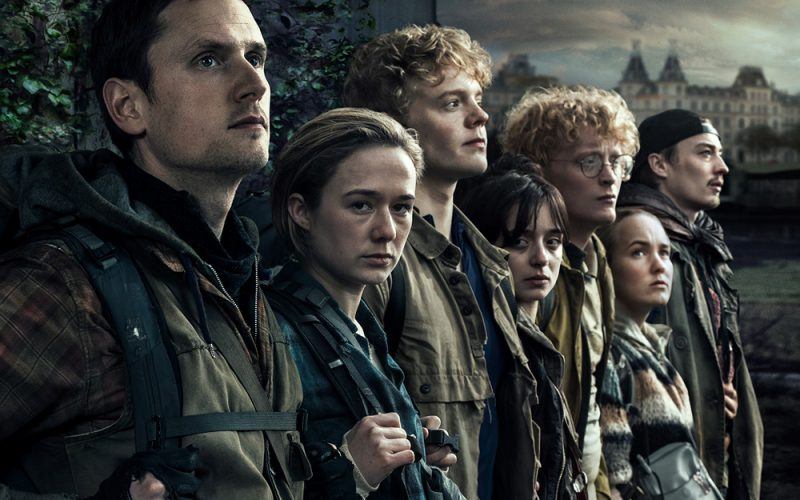 The Rain feels like a really consistent and logical world. The characters make decisions that you can absolutely relate to, and I thought that the events of the show were driven almost entirely by character development. All too often in this kind of TV show we see people doing incredibly stupid things that utterly defy logic for no other reason than to drive the plot forward. I didn’t feel like that with The Rain. I could really understand the choices the characters made (most of the time) and never really felt that moment of “well that’s ridiculous”. The choices they made were perhaps not always perfect, but they felt like they were guided by the characters that had been built and developed throughout the series. That sense of logic and consistency really does go a long way to making this feel such a superbly realized world.

I very much enjoyed The Rain. In fact, I started watching it with the intention of getting through it in 3 or 4 sittings. In reality, I ended up plowing through the whole thing in one go – it’s just such a compelling story that I had to keep going to find out what happened next. This is largely thanks to a collection of characters who are well-developed and all of whom get their chance in the spotlight. Despite this only being an eight-episode run, I felt like I knew each of the characters really well, and I hope that The Rain returns for a second season so I can follow their progress.

2 thoughts on “The Rain Review”