Innocent starts to heat up in its second episode, becoming more comfortable with its characters and positioning basically everyone as a potential suspect in the murder of Tara Collins.

Innocent starts to heat up in its second episode, becoming more comfortable with its characters and positioning basically everyone as a potential suspect in the murder of Tara Collins.


(Here’s my recap of Innocent episode 3, along with some predictions about whodunit, if you care for such things.)

Last night’s episode of the new ITV whodunit Innocent might not have exactly thrilled, but episode 2 has upped the stakes tonight, bedding the characters into the story and revealing (mostly) their true personalities, even if their motives aren’t entirely clear just yet. Virtually the whole cast might have conceivably murdered Tara Collins – a murder for which her husband, David, spent seven long years in prison.

Her sister, for instance. As we learned last night, Alice stood to benefit from Tara’s death, raising her sister’s children as her own; the cosy, happy family she always wanted. But the reality of Alice’s relationship with Tara wasn’t all sunshine and rainbows. They had a fight, exchanged horrible text messages, and often didn’t speak for days and months at a time. Alice owes Tara twenty large for failed IVF treatments, and keeps Prozac in shoeboxes around the house. She’s got something to hide, but whether it’s her sister’s murder remains to be seen.

And her husband Rob, well… he might seem too kindly and gentle for murder, but he’s a dab hand at butterfly knots, which were pretty integral to disposing of Tara’s corpse. The episode’s final shot of his handywork seem a bit obvious as a clue to me, but you never know. This is the coast, mind. Everyone knows how to tie a knot there, don’t they?

Meanwhile, it turns out DCI Beech’s “thorough” investigation into the case seven years ago wasn’t all that thorough after all. Hardly a stunning revelation, but you have to wonder what he stood to gain from deliberately not pursuing certain lines of inquiry and persuading an elderly witness to lie about a scream heard at the Collins’ house. Is he just a bent copper trying to make his life easier, or did he have a reason for wanting David to take the fall? 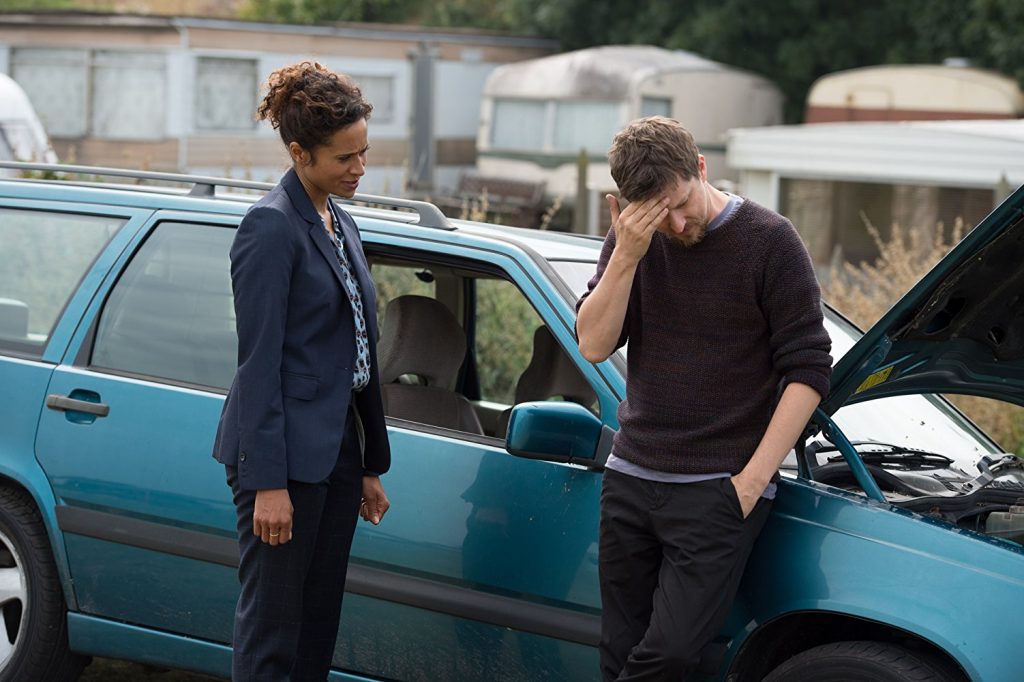 As for Tom Wilson, his motives are pretty clear. He called an end to his relationship with Tara because she “wanted more than he did”, leading to her turning up at his home and his place of work and calling his various phones at all hours. It also turns out he’s the one who broke her cheekbone – an injury previously attributed to her “abusive” husband, David.

And then, I guess, there’s still David himself. I feel like at this point him being the real killer after all might be the least-obvious and most effective twist; Innocent is so intent on pointing the finger at literally everyone else that you’ve got to start thinking outside the box.

Having said that, Phil Collins seems a bit too straight-up for me, which in a whodunit like Innocent is typically suspicious. Keep an eye on him tomorrow – I can feel a twist coming in the air tonight.