Innocent Episode 3 still has positioned most of the cast as potential suspects, even if some are more likely than others. In this recap I make a few rash predictions about who Tara’s killer might actually be.

Innocent Episode 3 still has positioned most of the cast as potential suspects, even if some are more likely than others. In this recap I make a few rash predictions about who Tara’s killer might actually be.


(Here’s my recap of Innocent Episode 4.)

Innocent Episode 3 didn’t really remove anyone from the firing line tonight – except, of course, David Collins himself, who has been more or less exonerated by the very evidence that convicted him seven years ago. Although that feels very much like intentional misdirection to my cold and cynical mind, but we’ll discuss it in a moment.

For now, seeing as the show hasn’t really wavered in quality since last night’s episode, let’s just use this space to maybe take a look at the potential suspects, have a guess at who the culprit is, and then tomorrow we’ll see how it all panned out. Okay? Okay.

First of all, weaselly Tom Wilson is basically off the hook as far as I’m concerned. Yes, he intentionally fudged his retelling of events to try and get David sent down, but he has a good, typically self-serving reason for doing so and I think he has suffered enough so far given that he has been assaulted and embarrassed in each episode.

Innocent Episode 3 spent a fair amount of time on Tom, arguably too much, but he’s pretty integral to how the evening of Tara’s death and the evidence surrounding David’s conviction actually takes shape. Turns out, for instance, that Tara was wearing David’s coat when Tom smacked her around, which is how her blood got there. So, you know, Tom has done his bit.

Alice, too, isn’t a likely suspect, despite having repeatedly lied throughout the investigation and flagrantly tried to corrupt David’s kids. She’s also quite nakedly unstable, which makes her too obvious. She owed her sister a hefty chunk of change, and she also kind of hated her, as did her husband, but she just doesn’t strike me as capable of murdering Tara or getting away with it. 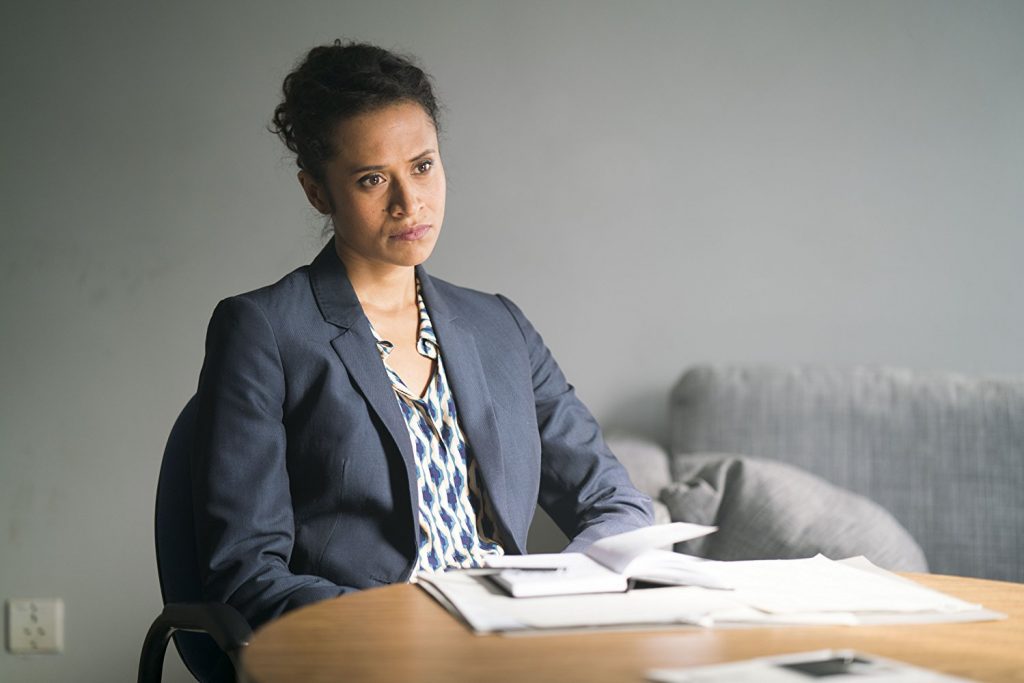 Speaking of Rob, her husband, Innocent Episode 3 made sure he was interrogated on his knot knowledge and his speeding on the night of Tara’s death, but after the rather obvious set-up last night and his “cautioning” tonight, he too seems overly obvious as a culprit.

So, who’s left? DCI Beech? Maybe. He obviously corrupted the original case to a frankly ludicrous degree, but that doesn’t equate to guilt any more than it does self-serving rule-bending. Plus he hasn’t factored into the show’s drama quite enough for that to have any interest as a reveal.

Here are my chief suspects, then. I have two; one’s more likely than the other, and the least likely would feel a bit cheap, all things considered, which is why I think there’s a fairly decent chance it’ll happen. Whodunits always enjoy pinning the tail on the least likely suspect, after all, and Innocent Episode 3 was the most loaded with typical whodunit drama.

So, I think it might be David’s brother, Phil, for no better reason that he hasn’t been treated as a suspect thus far. He’s openly selfless and sensitive, his conversation with David’s son in Innocent Episode 3 hinted at a woman in his life who is no longer around (why might that be?) and he works on the shipyards – hence, knots. This is the one that would feel cheap, because unless someone comes up with a really good reason for it, Phil didn’t have much reason to bump off Tara beyond maybe trying to protect David from her affair with Tom. But that seems a stretch.

My other prediction is David himself. The season is literally titled Innocent, and we’ve spent every second of the running time thus far proving him such, but that’d make for a more effective twist, wouldn’t it? What a surprise that’d be. A disappointment, even, after we’ve seen him suffer so much. But it just might happen.

Tell you what, though – I think Phil Collins did it. I’ll see you back here tomorrow night to find out.