As if Isla Nublar wasn’t quite dangerous enough, the island’s volcanic foundations have sprung to life. The poor dinosaurs of Jurassic World face extinction (again) and the rest of the world, including Ian Malcolm (Jeff Goldblum), aren’t keen on rescuing them. Thankfully, John Hammond’s hitherto unknown partner Benjamin Lockwood (James Cromwell) is keen to move the residents of Isla Nublar to a nice quiet sanctuary and so it’s down to Claire Dearing (Bryce Dallas Howard) and Owen Grady (Chris Pratt) to try and cancel the dinosaur apocalypse.

As if Isla Nublar wasn’t quite dangerous enough, the island’s volcanic foundations have sprung to life. The poor dinosaurs of Jurassic World face extinction (again) and the rest of the world, including Ian Malcolm (Jeff Goldblum), aren’t keen on rescuing them. Thankfully, John Hammond’s hitherto unknown partner Benjamin Lockwood (James Cromwell) is keen to move the residents of Isla Nublar to a nice quiet sanctuary and so it’s down to Claire Dearing (Bryce Dallas Howard) and Owen Grady (Chris Pratt) to try and cancel the dinosaur apocalypse.

You would think that people might learn that dinosaurs and humans just don’t mix. At the very least you would hope that the species of dinosaurs that were found in nature were sufficiently exciting (and dangerous). Jurassic World imagined a future where people were so ambivalent about seeing actual dinosaurs brought to life that the park’s owners genetically engineered an even bigger and (supposedly) more deadly dinosaur. I’ve often wondered how a dinosaur could be “more deadly”; I would be equally dead whether I was facing down a T-Rex, a velociraptor or some ultimate killing machine. Let’s not even start on the logic of creating carnivorous dinosaurs for a family-friendly theme park.

I thought at the time that Jurassic World’s plot was actually a clever satire about how we as humans are never impressed and have such fleeting attention spans now that we’re always looking ahead to the next big thing. Jurassic World: Fallen Kingdom has made me realize that probably isn’t the case, as there is an even more dangerous and deadly dinosaur cooked up by perhaps the biggest d******d in the Jurassic-verse, Henry Wu (BD Wong). I think that the makers just think they need to keep showing us bigger and more deadly dinosaurs for some reason.

The original Jurassic Park is unquestionably one of my favorite films; it is perhaps the greatest summer blockbuster of all time and a superb film in its own right. The problem is that the sequels have largely been a case of diminishing returns. The most impressive thing about the sequels is that they consistently manage to have less convincing dinosaurs than the original film, which is now 25 years old. I had high hopes for Jurassic World: Fallen Kingdom as I thought that Jurassic World did the best job of recapturing the spirit of the original (even if it isn’t as good a film as The Lost World: Jurassic Park.) 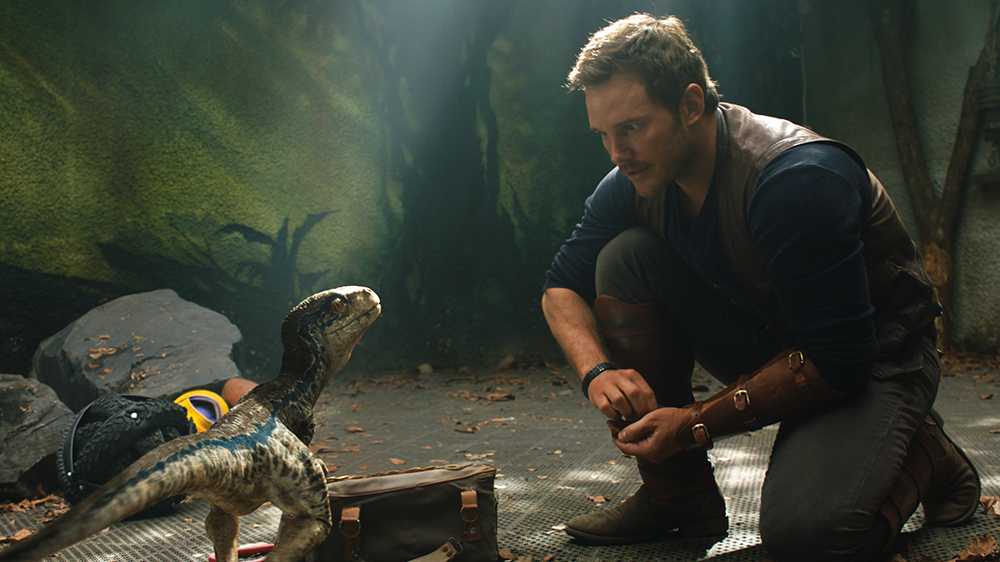 I’m really torn on whether I actually liked this film or not. I like the leads, Bryce Dallas Howard and Chris Pratt (currently one of the top 3 Hollywood Chrises), and they work well together. I love dinosaurs, so that’s great a start, and the effects were actually fairly convincing, although still inexplicably not a patch on the original. Jurassic World: Fallen Kingdom really does feel like a movie of two halves, though.

The opening half of the film back on Isla Nublar was heaps of fun, even if the plot does evoke memories of The Lost World: Jurassic Park. I’d have been happy if the film had spent more time on the island on a daring rescue mission; there’s more than enough plot there for a solid film. Had the film left it there I’d be far more enthusiastic about it. The rest of Fallen Kingdom feels like a tangle of plot strands that are slightly incomplete, like the DNA of a dinosaur that you might find encased in amber. Eli Mills (Rafe Spall) is on hand for villain duties as a businessman who wants to (shockingly) try and profit from the dinosaurs. It’s hardly an original angle on the story and one that we’ve seen a lot before. It’s strange that the creators seem intent on showing us increasingly deadly genetically-engineered dinosaurs but seem content to wheel out the same plot devices time after time.

There’s a couple of supporting characters who work for Claire’s dinosaur rights group (no, really), Zia (Daniella Pineda) and Franklin (Justice Smith), who were entirely forgettable. Apparently, Zia is a dinosaur vet despite never having actually seen a dinosaur; at least she gets the award for the least useful degree. Then there’s some more stuff about Benjamin Lockwood who we’ve conveniently heard nothing about up to now, and his bizarre family setup. 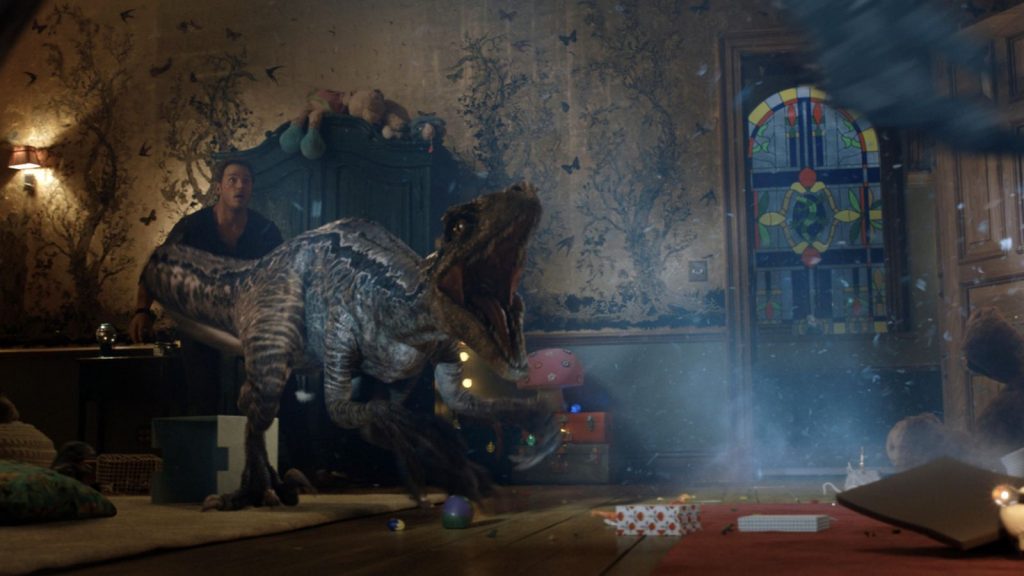 I just didn’t find a lot of these elements too compelling. The moment we leave the island behind is when things really started to lose my interest. The opening hour is a lot of fun, with some great set pieces and tense action scenes that really evoked the spirit of the original. The final section of the film felt dull in comparison. I was waiting for it to be over so something more interesting could happen. Sadly, that was all we were going to get.

This may seem like an incredibly negative review, but I actually enjoyed Jurassic World: Fallen Kingdom quite a bit. There are some really good, fun moments, and I like the central characters, but it still feels like a wasted opportunity. It sets itself up with a fairly unique take on the monster movie – do we have a duty of care to these creatures or should we just let them perish? The problem is that it ditches this question and moves into being something completely different.

I would say that this is still worth watching and I did have a decent amount of fun with it. I was just hoping for more given how much I love the original film (and the second one to a lesser degree). I’m not angry as much as I am disappointed, and that’s perhaps why I’m slightly hard on Jurassic World: Fallen Kingdom. All of that aside, I know full well that I’ll be there in June 2021 when the inevitable sequel stomps back onto our screens.