“No One’s Gone” brings the fourth season of Fear the Walking Dead to a merciful conclusion, finally revealing the fate of Madison Clark and cementing the show’s new lackluster identity.

“No One’s Gone” brings the fourth season of Fear the Walking Dead to a merciful conclusion, finally revealing the fate of Madison Clark and cementing the show’s new lackluster identity.

With “No One’s Gone”, the tortuous fourth season of Fear the Walking Dead was brought to a merciful, albeit temporary, conclusion. Over the last eight weeks the show’s individual identity has continued to slough away like fetid skin, and underneath it looks a lot like any other apocalypse; stupid people clinging hopelessly to a world that has left them behind.

What happened to Madison? That has been the central dramatic question this half-season, and in “No One’s Gone”, we finally got an answer. She’s dead. So, that’s that then. With Nick’s death and now the loss of the matriarch, and with Alicia, Strand and Luciana essentially re-written as murderous psychopaths whose only job is to be lectured about morality by Morgan, the Clark clan is essentially no more. Fear the Walking Dead is no longer a show about a family attempting to navigate a broken world together; it’s about another ragtag group of survivors, some of whom just met. 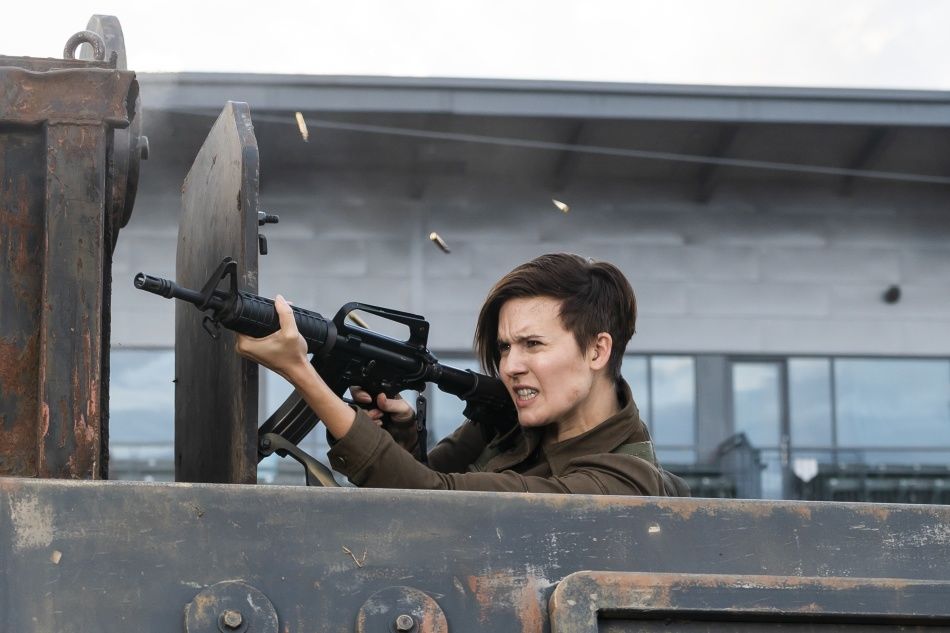 You can make excuses for all this. The recurring thematic motif of this season has been the idea that violence isn’t a solution – that the way to survive is to build; relationships, fortresses, whatever. That was Madison’s ideal, the one that got her killed. She wanted to create a home in the wasteland, not just for her and her kids, but for everyone. She wanted to preserve the goodness in her children, that innate sense of hope, and she refused to let her or them be defined by their tragedies and losses.

Althea, one of the new characters along with John Dorie (he lived!), Naomi (real name June, as we learned this week) and Charlie (traitor!), was really a plot device. Her whole shtick is pointing a camera in the faces of characters we know and prompting them to explain their mindset to the audience. This, and the haphazard back-and-forth narrative structure, has formed the experimental basis for this half-season. None of it worked, and if it did it only did so fleetingly.

For all the show’s moralising and fancy-pants flourishes, the drama was consistently undermined. New characters (and transplants from other shows) were focused on at the expense of old favourites, who were side-lined and treated as conveyor belts for the plot. The new folks, especially Morgan, arrived on the scene like unfeeling creator-Gods, remoulding Fear the Walking Dead in their image, and that of The Walking Dead. We watched a new coterie of uninteresting villains arrive, shunt the story along, and then gracelessly depart. We witnessed week after week of gradually-escalating stupidity, of piling betrayals, not of the characters themselves, but of us, the audience.

Fear the Walking Dead is insulting. 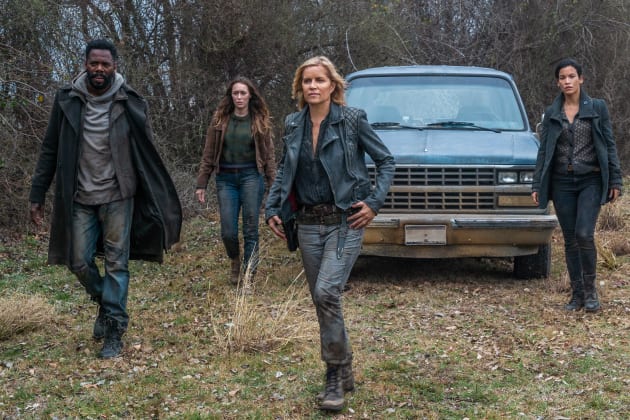 In “No One’s Gone”, Morgan, the Zen master of the apocalypse, eventually talks a tearful Alicia into not murdering someone who did basically nothing wrong. That scene was what Fear the Walking Dead built towards for eight weeks. It was a simple acknowledgment that everything we’ve seen has been nothing more than broken people lashing out at each other. It was a pathetically saccharine moment of supreme childishness. Layered and nuanced characters, developed over three prior seasons, reduced to blubbering backboards for Morgan’s soothing moral agenda. Forget it.

I don’t know where Fear the Walking Dead might be going next, and after “No One’s Gone”, I don’t care. All I know is that it will concern people we don’t care about tiptoeing across the ruined foundations of a once-great show. They’ll stamp and scrape every last crumb of bedrock, until all that’s left is the bare, bleached spine of it all. Looks just like any other.

We’re told Madison sacrificed herself, nobly, for an ideal. I think she got out just in time.

“No One’s Gone” was the midseason finale of Fear the Walking Dead’s fourth season. Check out our complete series coverage.