This review contains spoilers for the second episode of Reverie: Bond. Jane Bond.

The second episode of NBC’s new sci-fi drama, Reverie, does pretty much exactly what it says on the tin. “Bond. Jane Bond.” was a female-centric spy thriller that repurposed the usual espionage tropes to tell a deeper, more involving story about family, loss, and mortality. As promised by last week’s premiere, there’s a virtually infinite amount of storytelling potential here, but “Bond. Jane Bond.” retains the show’s sense of hopeful optimism.

This week, former hostage negotiator Mara Kint plunges into the escapist fantasy of Rachel Kauffman; according to charming tech-whiz Paul, the spy simulation is a popular one, particularly for people whose real lives don’t contain enough glitz, guns and glamour. But a previously undisclosed heart condition leaves Rachel on death’s door, and so Mara needs to venture into her Reverie (“I’ll need a dress. And a gun.”) and give Rachel a heads-up about her faulty ticker.

Trouble is Rachel still doesn’t want to check out. Through her real-life investigations into her past, Mara discovers why: Rachel believes that the twists and turns of the virtual spy drama are leading her to her real-life father. Paul thinks it might be possible, based on the information that was inputted to the program. It might have deduced who he is from the data. 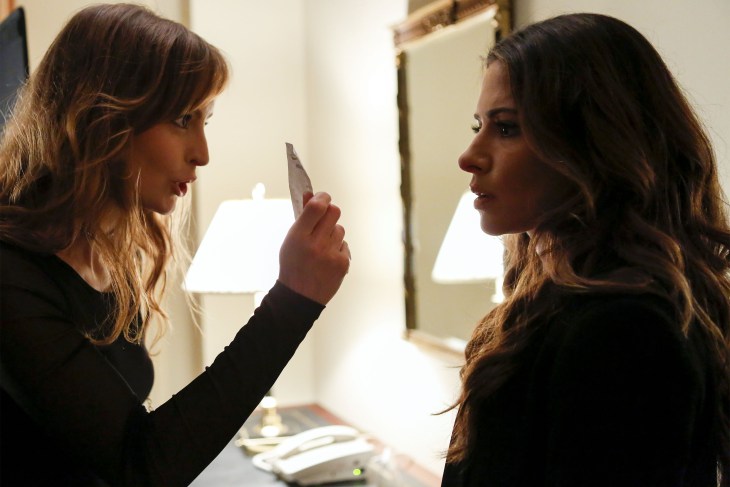 Anyone familiar with cautionary sci-fi will have a fair idea where this is going, but Reverie builds a clever and touching scene around the lesson. When Rachel finally meets her father (who looks as he did when she was a baby), he can’t give her any of the answers she so desperately craves. The program can build the rainbow, but not the pot of gold.

It’s hardly fresh terrain for sci-fi, but the angle it’s being approached from feels welcome, if not necessarily novel. The concept itself is still noticeably reminiscent of the Emmy Award-winning “San Junipero” episode of Black Mirror, only, I suppose, a little more upbeat. Despite the on-going subplot of Mara using the bugs of Reverie 2.0 to communicate with her lost sister and niece, presumably to her eventual emotional detriment, the vibe is still a positive one; an acknowledgement that even though technology is no substitute for real life, even when you’re plucked from your imagination there are people here, made of flesh and blood, who are willing to help.

“Bond. Jane Bond.” was the second episode of NBC’s Reverie. Check out our full season coverage.