Every now and again you get an episode of a TV show that feels like something entirely new; like it’s trying something different. The latest episode of Westworld, “Kiksuya”, does exactly that, as we follow Akecheta and the awakening of the Ghost Nation.

Every now and again you get an episode of a TV show that feels like something entirely new; like it’s trying something different. The latest episode of Westworld, “Kiksuya”, does exactly that, as we follow Akecheta and the awakening of the Ghost Nation.

Well, that was a good episode. Westworld is a series that doesn’t really have a set format; this season alone has thrown up a host of interesting and surprising episodes, but you more or less know what you’re going to get. We usually catch up with some of the regular characters and the story moves forward, while raising a lot of questions. The eighth episode of the current season, Kiksuya, is something quite unexpected and potentially one of my favorite episodes of the series to date.

This week we pretty much entirely focused on one character, but this isn’t really a character that we know very much about. Akecheta (Zahn McClarnon) is a member of the Ghost Nation who has appeared, usually covered in a lot of make-up, in the background. “Kiksuya” has elevated him from a background character to someone who suddenly seems to be incredibly important to the story. To continue my weekly comparisons with Lost, “Kiksuya” brought to mind something like The Constant in terms of transcendent episodes. It’s also worth remembering at this point because I can’t contain myself any longer: I did predict that the Ghost Nation knew more than they were letting on and that they perhaps had a bigger part to play. 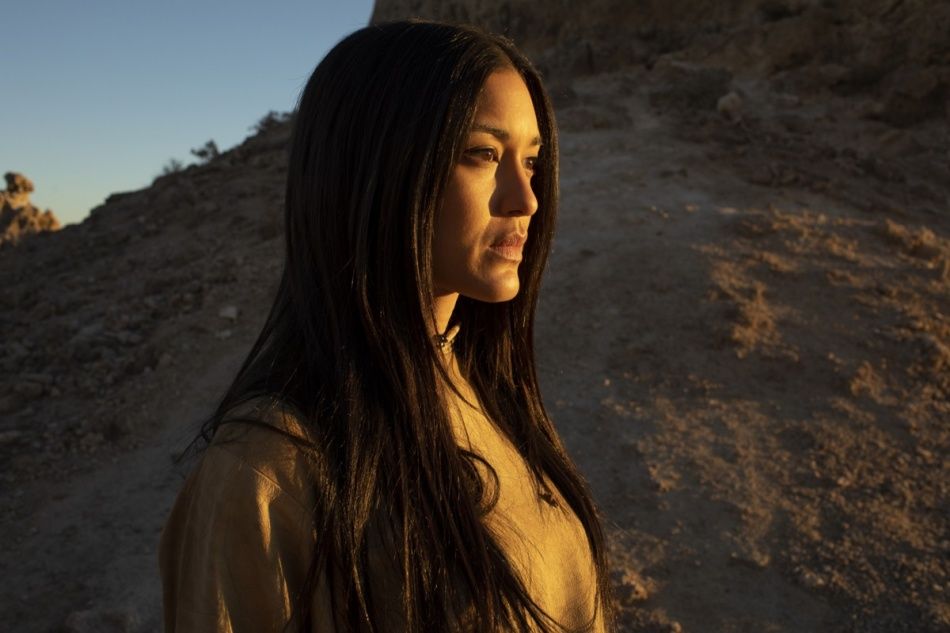 Aketcheta wasn’t always a member of the Ghost Nation. To begin with, his character was part of a peaceful tribe where he lived with his love, Kohana (Julia Jones). That is until Ford’s storyline had the need of a more menacing presence and so the Ghost Nation was born and Aketcheta was forced to leave his old life behind. In a rather nice twist, it seems that Aketcheta was awakened to the true meaning of the park thanks to William. While out wandering the desert Aketcheta happens upon Logan (William’s brother-in-law), alone, naked and babbling thanks to exposure after William sent him off for a naked horse ride. It was this meeting that awakened something in Aketcheta and made him realize that there was something wrong with the world; that there was another world.

It’s this meeting that changes the path of his life forever. It made him deviate from his aggressive and violent programming to try and find meaning in his life. He searched high and low to find Logan again to understand more about the other world, but what he found instead was even more compelling; he found something Ford was creating, what Aketcheta perceives to be a door to the outside world.

Through all of his lives, Aketcheta was trying to find his way back to Kohana, doing everything he could to stay alive in case he lost his memories of her. He was close to death on one occasion and was saved by the kindness of Maeve’s daughter (Jasmyn Rae – who is literally credited as Maeve’s Daughter). In return for this kindness, he has been watching over her, trying to protect her. It’s only after close to a decade without ever dying that he realizes that the only way to get back to her is to die himself. It’s only in death that he realizes his love is truly lost as wakes in the central hub of Delos and manages to make his way to the storage facility (thanks to some fairly lax security procedures). There’s nothing to be found there but lifeless hosts, held in storage.

We also learned the origin of the symbol, the maze with the man carved inside and how it found it’s way onto the scalps of the Ghost Nation (and more hosts besides). It just so happens that Aketcheta witnessed the aftermath of Dolores’ original rampage outside of the church and found the symbol. He attributes the death and destruction to the “Death Bringer” that he assumes to be William/MiB – which is why the Ghost Nation have him held hostage in “Kiksuya”. In order to keep the message of the symbol and the freedom it represents Aketcheta began to carve it everywhere, including the scalps of his own men and as a warning to Maeve’s daughter to try and keep her safe. That went well then. 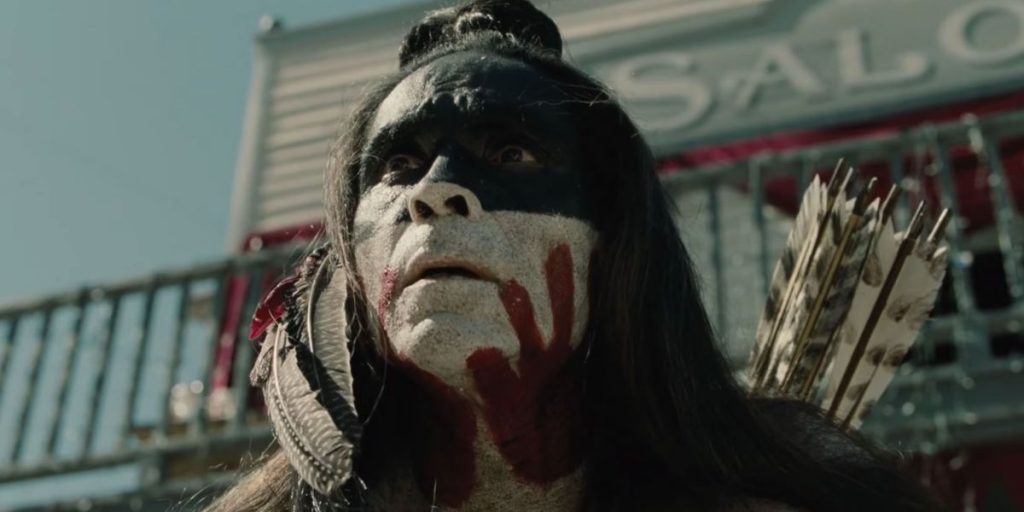 We briefly check in with Maeve as part of “Kiksuya”, seemingly dying on a slab in the Delos labs. The company are very interested in her ability to communicate wirelessly with the other hosts but they have no real intention of saving her. There’s a problem for Delos though; while she may be immobilized, Maeve has still been communicating with other hosts, including Aketcheta.

“Kiksuya” was a brilliant episode, introducing us to a character who we’ve seen but never really noticed. It’s not only the introduction but also creates a compelling and engaging character with a real emotional connection. We hadn’t met most of these characters before but it still created a central romance that is simultaneously believable and heartbreaking.

“Kiksuya” was the eighth episode of Westworld’s second season. Check out our full series coverage.