An ambitious episode that merged the on-going character development with a real-world heist plot, “Blue Is the Coldest Color” was the standout of Reverie’s first season.

An ambitious episode that merged the on-going character development with a real-world heist plot, “Blue Is the Coldest Color” was the standout of Reverie’s first season.

“Blue Is the Coldest Color”, the fourth episode of Reverie, was an ambitious hour for the sci-fi series, and one that was badly needed after the previous week exposed the show’s core formula as being prone to stagnation.

The events of “Blue Is the Coldest Color” took place primarily outside of the virtual reality program, introducing some intriguing new concepts and a potential villain, and smartly foregrounded Mara’s personal issues with “derealisation” and a general mistrust of Onira-Tech.

On the docket in this episode were “dark Reveries”, an illicit black-market version of the technology peddled on the Dark Web where an enthusiastic subculture could explore beyond the program’s already ill-defined boundaries.

And that’s not all. Saved from an oncoming car by a twitchy man named Oliver Hill, Mara is warned about the side effects of Reverie 2.0 and their potential to worsen. As glimmering with innate charisma as the character has been thus far, it was only in “Blue Is the Coldest Color” that Mara really came into her own, calling out the brass at Onira-Tech for their reluctance to give her all the necessary information about the company’s technology or its shady investors. 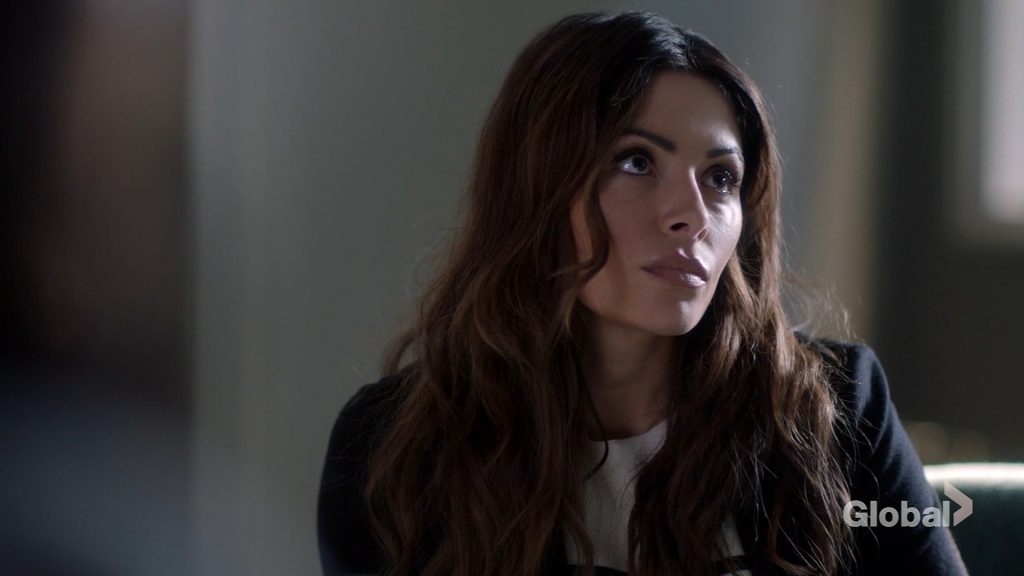 Hill was a founding member of the company, and had a relationship with Alexis, but is also apparently unstable. He isn’t the only one. Glenn Maybach, the focal character of the episode, is crippled by severe obsessive-compulsive disorder and agoraphobia. A freelance programmer, he acquired stolen Reverie technology in order to plan and implement a heist; by bumping off a pharmaceutical company, he could access an experimental drug that would save his young, dying neighbour, Quincy.

Here, for the first time, Reverie toyed with the idea of using Reverie not as a means of escaping one’s trauma in a made-up fantasy land, but of putting the technology to practical, real-world use. And it did so by filtering the typical heist tropes through Mara’s profound sense of empathy, allowing her to guide Glenn through the scheme while connecting with him and managing his compulsions. This was Reverie operating, I think, at its best so far, incorporating all the show’s hopeful and compassionate tendencies in a creative, diverting hour of television.

It couldn’t resist a happy ending, of course, but thanks to a noticeable sense of ambition, “Blue Is the Coldest Color” turned out as the best episode of the season thus far. Ending as it did, with Oliver acquiring the Reverie technology for himself, the potential for a recurring villain inside the program is compelling, and as the regular characters become more developed (particularly, this week, Alexis, who hasn’t exactly been forthcoming with information) it’s becoming increasingly clear that they all have plenty of secrets to hide.

“Blue Is the Coldest Color” was the fourth episode of Reverie’s first season. Check out our full series coverage.