Netflix Original Series Samantha! hits all the right comedic notes about a young woman trying to reach a certain level of fame.

Netflix Original Series Samantha! hits all the right comedic notes about a young woman trying to reach a certain level of fame.

Netflix Original Samantha! speaks the story of every star-crossed person wanting to be famous. It oozes all the ideas of what we would expect of a person who is so urgent to be the centre of attention. In an ironic sense, the Brazilian TV series serves satire, but on many levels, it provides a reality above the writing. Samantha (Emanuelle Araújo) represents the famous child actor that has struggled to keep the momentum in the high-pressure soul-sucking adult life. She wants to be famous and feels like she needs to be famous. Despite the lack of relatable narrative, Netflix’s Samantha! plays out the correct comical moves.

Samantha! captured my interested in the realms of light-hearted comedy as Samantha tries to reach the heights of fame to when she was a child. The first couple of episodes scopes into her childhood, which embraced selfishness and greed. The Netflix series does well to merge the adult and the child. It is important to understand that the younger version of Samantha is not so different from the older. The only difference is, she has been humbled to the same floor as the average citizen.

Despite the series immersing itself on a story about a character molded by the savage entertainment industry, the character is somehow likable. Maybe it is the fact that she has raised her own children as a single mother, whilst the father (a famous ex-football player) was in prison. It could be that I felt sorry for her due to needing the one thing she needs in life – fame. After all, in today’s world, becoming famous is a career in itself after all. 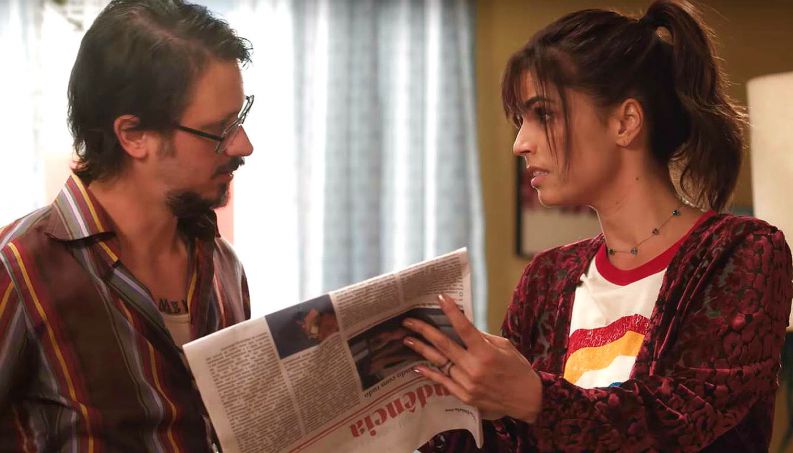 The Netflix series demonstrates the needy opportunism that strangles the dreamers in L.A today. Her ex-husband rides off his previous success in seedy ways whilst Samantha tries to preach to the very same people that are easily swayed. Samantha spends most of the episodes taking care of every opportunity that comes to fruition, attempting to convert herself to the higher echelons of society. The opportunistic moments relay the comedy because the dialogue does not do enough to entertain due to its lack of assertiveness. An opportunity, in particular, is when Samantha uses the issues of feminism to persuade a leading actress to stand down for a beer advert, showing just how far Samantha! wants to go to present the despairing manipulative behavior.

Like all satirical comedies that border on the absurdly ridiculous, Netflix original series Samantha! bares all the bones of the likes of Unbreakable Kimmy Schmidt, but its messages have a lot to say about making it in entertainment today, with a likable, desperate character.