Despite an uneven first season, Marvel’s Cloak and Dagger still managed to deliver a quality finale in “Colony Collapse”, suggesting a second season that could very well live up to expectations.

Despite an uneven first season, Marvel’s Cloak and Dagger still managed to deliver a quality finale in “Colony Collapse”, suggesting a second season that could very well live up to expectations.


When I last wrote about Marvel’s Cloak and Dagger in these hallowed pages, I was struggling with it. After an intriguing start to the season, it settled into one dreary, convoluted episode after another, leaning into the show’s wacky metaphysical elements at the expense of character development and sensible plotting. I just drifted away; too busy to invest the time and energy in a show that, for all intents and purposes, wasn’t aimed at me in the first place. But with the first season having come to an end last night with “Colony Collapse”, I thought it might be useful to return to the show again and take a look at how it managed to conclude.

I’m happy to report that Cloak and Dagger got much better as it progressed. Despite skewing towards a younger audience, the show wasn’t afraid to embrace mature storylines, or to refract them through the lens of real-world social issues. As Tyrone (Aubrey Joseph) and Tandy (Olivia Holt) came to understand their odd abilities and each other, they were able to figure out how to put them to use in a New Orleans rife with corruption and fraught with racial politics. The traditional comic-book aspects of their stories, previously consigned to the background and bizarre, abstract vignettes, were finally pointed towards the show’s real issues and themes.

If you’d have told me in the middle of the season that the finale would be almost non-stop action, I’d have said you were ridiculous. But after having developed the powers and relationships of Tyrone and Tandy over nine prior episodes, “Colony Collapse” was able to tie that action into their emotional development, and into the story’s stakes, which expanded here to incorporate a preordained calamity in which the citizens of New Orleans were driven to violence by Roxxon’s energy expulsion. 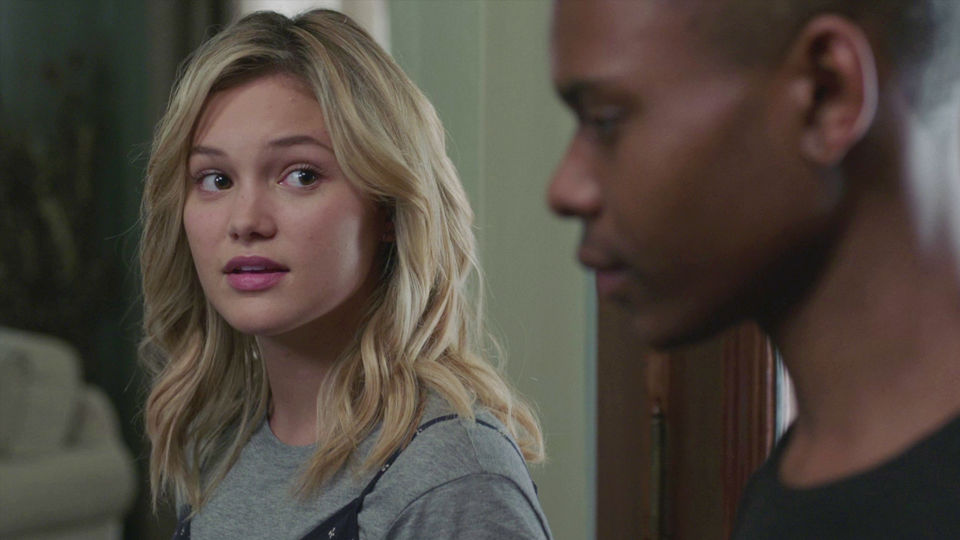 It wasn’t exactly subtle for Cloak and Dagger to literalise the idea of a city at war with itself, but it worked to reinforce the show’s themes of Tandy and Tyrone, despite their teleportation and daggers of light, still being part of a community which, in many ways, judges them entirely by their superficial qualities and backgrounds. These two have been fighting for as long as they can remember; fighting injustice, corruption, racism, classism, and their own demons. Despite how “Colony Collapse” insists that this is their superheroic destiny, that they are the “Divine Pairing”, what they’re really doing is choosing to do the hard thing – because they know it’s the right thing.

As its own story, this first season was remarkably uneven, but as an origin for a pair of unconventional superheroes, the show’s better episodes, and this one in particular, have done a fine job of setting the stage for an already-confirmed second season. With Brigid O’Reilly (Emma Lahana) having been shot and exposed to who-knows-what, beginning her transition to the vigilante Mayhem, and with Tyrone still wanted for a murder he didn’t commit and forced into hiding at Tandy’s abandoned church, Cloak and Dagger ends at its best, with the stakes at their highest.

It was far from perfect. But a clutch of lacklustre episodes weren’t able to truly derail Marvel’s Cloak and Dagger, and “Colony Collapse” proved it has found a lane and a tone that suits it. With plenty of mistakes to learn from, unending social ills to mine and a truly compelling set-up to build from, the second season of Cloak and Dagger could quite easily be something special. The first, at least, ended on that promise.