Hampered by a glacial pace and a familiar tone, Lodge 49 gets off to an unimpressive start with its premiere episode, “As Above, So Below”.

Hampered by a glacial pace and a familiar tone, Lodge 49 gets off to an unimpressive start with its premiere episode, “As Above, So Below”.

You have to respect a show like AMC’s new comedy-drama Lodge 49. It moves at its own pace, has its own laidback Southern California style, and seems content to do pretty much whatever it wants. But that doesn’t mean you have to like it. The premiere episode, “As Above, So Below”, is a meandering and unusual hour of television, and feels as empty-headed as it’s simple ex-surfer protagonist.

His name is Sean “Dud” Dudley (Wyatt Russell), a floppy-haired, bearded gadabout whom we meet combing the beach with a metal detector. He’s unemployed, adrift in the wake of his father’s death and a nebulous snake-biting incident which has kept him out of work. He’s flat broke, which explains why he’s looking for buried treasure. What he finds instead is a fake-gold ring with a mysterious symbol that denotes membership of the Order of the Lynx – a not particularly secret fraternity where so-called knights can open bar tabs.

Dud’s a likeable enough mouthpiece for whatever light commentary on America’s fluctuating employment conditions Lodge 49 wants to make, but he’s not a great hook for a television show about spiritual enlightenment and vaguely mystical secret societies. The more interesting figure in “As Above, So Below” is Ernie (Brent Jennings), a similarly down-on-his-luck plumber who’s unlucky both in love and at the bookies. But he’s well-liked among his peers at Lodge 49, where he enjoys one of those coveted tabs. 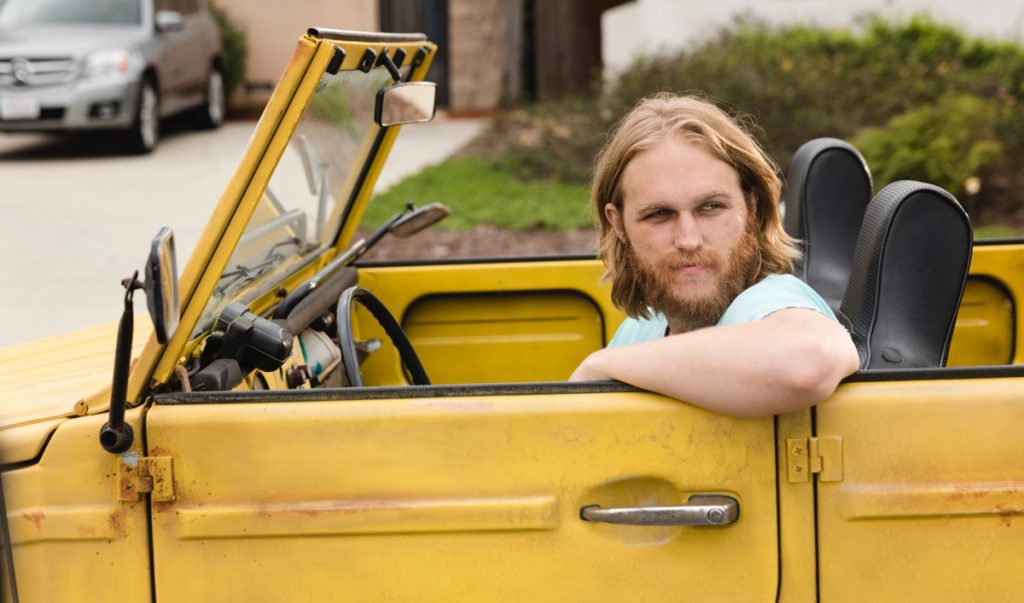 The Order of the Lynx is presided over by Larry Loomis (Kenneth Walsh), a paranoid and eccentric figure, but “As Above, So Below” doesn’t have him do much beyond act unusually, which applies to most of the cast. The only straitlaced character is Dud’s sister, Liz (Sonya Cassidy), a depressed waitress who has inherited their father’s extensive debts. She’s a better representation of the show’s theme of just getting on with life than whatever nebulous meaning and connection Dud finds in Lodge 49.

The show’s unhurried pace and Dud’s obvious similarities to Dude, Jeff Bridges’ character in The Big Lebowski, lend Lodge 49 a familiar style and tone. The premiere episode has the occasional astute observation or meaningful interaction, but it’s mostly the television equivalent of Dud’s idle beachcombing – a lot of diligent searching just to turn up something second-hand under the surface.

“As Above, So Below” was the premiere episode of AMC’s Lodge 49. Check out our full season coverage.