Twitter has been fabulous for getting to know people interested in films: over the last few years I’ve gotten to know film commentators and critics, had friendly exchanges with directors and – in the last quarter of 2017 – discovered that Ready Steady Cut was looking for new writers.

A few months before that, I had started following a group of writers on Twitter known as Horror Honeys, and engaging with some of the members individually. Sometime in July last year, I picked up on something Kim was planning to do: the #100DaysOfHorror challenge, and it sounded like something I would enjoy getting my teeth into.

So, the challenge is this. Watch a horror film every day for each of the hundred days leading up to Halloween. Kim started this challenge in 2014, and she has been doing it every year since, focusing on films she had not seen before, regardless of quality.

This is my second year, though the first year that I’m doing it while part of the Ready Steady Cut gang. So I thought I would give you a summary of what I’ve seen every ten days or so. Here’s the first ten of my countdown, and watch this space next week for a bit more background. 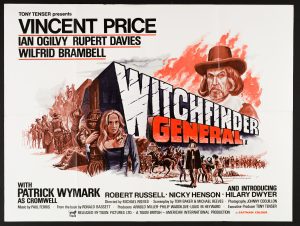 Starting my countdown with a classic…

I had seen bits of the infamous Witchfinder General before, but never the whole thing, so when setting our Sky box to record a few films just before going into hospital for surgery, this classic caught my eye on the Horror Channel. A friend came to visit about a week after I got home, and as she had recently fallen for The Wicker Man (I’ve been a fan for years), we caught up over a leisurely afternoon of paranoia and witch burning.

Ah yes, the burning: that was scary and downright sadistic. The scariest thing about Witchfinder General, though, was that persecution of suspected witches (based on bizarre logic and evidence) really happened in this country. This wasn’t a historically accurate retelling of Matthew Hopkins’ life, but considering Vincent Price acted authentically – not hammy in the slightest – it might as well have been.

The film had a great story, true tension, good guys to root for and bad guys to swear at. It was an excellent way to start my countdown, and I would recommend every genre fan watches it: it’s an example of quality British horror from the 1960’s, as well as – very unusual – a biopic as horror. 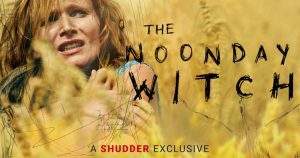 I do like variety in my film viewing, and that goes for cultural diversity as well as quality and style. The streaming/subscription services do make access to many other cultures a lot easier than it used to be: The Noonday Witch was a Czech film I came across on Shudder.

In many ways, The Noonday Witch reminded me of The Babadook: parent and child dealing (together and separately) with grief, neurotic imaginings, and a superstition come to life. But this film is set in bright and dry sunlight, has a little less tension and not the same sense of closure at the ending.

Beautifully shot and acted, though. And a perfect film to watch during our recent heatwave. 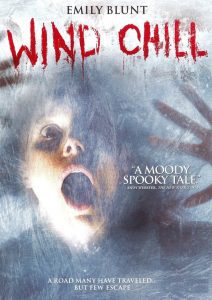 This was another film I caught on the Horror Channel, though the blurb didn’t seem especially inspiring. But I have a growing respect for Emily Blunt since watching A Quiet Place, so my curiosity pressed play.

Wind Chill had one of those impressive scripts that focuses on just two people for most of the time. Those two people are students (played by actors who are much too old, of course): she hardly knows him, and he knows her much better than he should. Claustrophobic psychological thriller in the making. And then, there is a car accident, things turn spooky, and Blunt’s character becomes more bold than bitchy.

Kim had seen this one a couple of years ago, too, and found that change of direction to jar a little. I figure any film is entitled to an unexpected change of direction since From Dusk till Dawn did it, and I enjoyed Wind Chill. That might have been partly relief from the heatwave, though. Oh and the bit part by Martin Donovan: has he played any part, ever, that wasn’t scary? 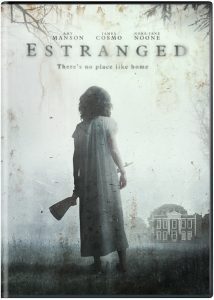 This was a weird one. Estranged (originally called January, after the main character) was the nasty-chiller sort of horror film, rather than spooky or gory. It’s about an injured woman who has no choice but to convalesce in her family’s care, even though she hardly remembers them. Things seem “off” though, to January, her boyfriend and to the viewer.

At first, because the set was just one big rural estate, I thought the reveal was going to be something like that in The Others. But no. It’s worse; yes, worse. A little confusing, too, as the skeletons come tumbling out of the closet. In my opinion, they didn’t quite fit neatly together (or maybe there were just too many of them) for the story to be satisfying. The acting, cinematography and production were all excellent, though; and I liked the ending more than the rest of the film put together. 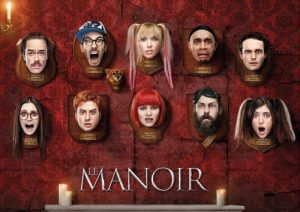 I’ve already reviewed The Mansion (or Le Manoir) for Ready Steady Cut, so won’t go into it much here. Suffice it to say that it’s a “horror comedy” that made me wince a bit and smile a bit, rather than scream and laugh.

If you want a French horror, try the famous Switchblade Romance (Haute Tension) instead. If you want an entertaining slasher in a big old house, go for April Fool’s Day (also currently on Netflix) or You’re Next.

Could do better. That’s me giving Datis the benefit of the doubt. 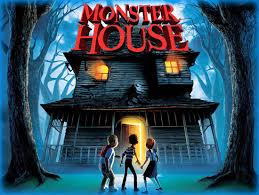 The weekend arrived, which meant catching up on time with our son, aged eleven. I put out some feelers for a suitable horror film, and out of the various responses we got, he chose Monster House on Netflix, as recommended by Matthew Turner (@FilmFan1971).

This was apparently the first animation that used motion capture techniques, which was quite effective, though the animation looks a little jerky by today’s standards. The plot was original though, and the house was indeed scary; though having seen It last year, there were quite a few elements that reminded me of that story (some of the things that took place in the house, towards the end especially).

I liked Monster House particularly for the cast of outcasts, not least the babysitter played by Maggie Gyllenhaal. The boy liked it for the child-friendly scares and the bittersweet touches. Monster House was the first film I’ve watched this season which is set at Halloween. 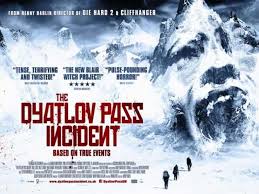 Another little gem I’ve never heard of before on the Horror Channel, The Dyatlov Pass Incident is a mock documentary about four young American filmmakers who travel to Russia to make a film about a real incident: the unsolved deaths of nine ski hikers in the Ural Mountains in February 1959. The film is more about the making of the modern documentary than about the original incident, and it includes some found footage elements.

The creepiness creeps up on you in this film. I honestly didn’t expect it to at first, as the story seemed to be made up of ignorant Americans in Russia losing their way and getting paranoid. But then gradually the actual direction of the plot becomes clear, and you realise it’s a bit more than just Blair Witch (2016) in the snow. 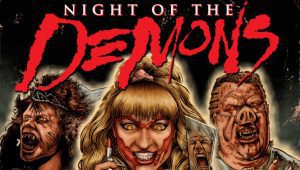 Night of the Demons (1988, USA), directed by Kevin Tenney

I wasn’t into horror in the 1980s: I was a bit too young and naive. But if I had seen Night of the Demons back then, I’d have thought it stupid. Now, I have maturity on my side, and I can look at it with some perspective. Sure, there are some 80’s cheesy moments, but unlike many big 80’s horror films there isn’t an obvious bad guy going round monotonously attacking people: it’s unpredictable.

Night of the Demons is another film set at Halloween, and available on Shudder. I wouldn’t consider it a spoof horror film, but rather a celebration of the genre, complete with dancing (to Bauhaus), boobs and garish make-up. 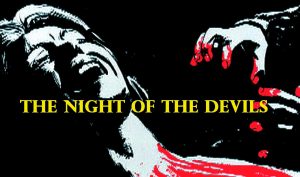 Night of the Devils (1972, Italy, Spain), directed by Giorgio Ferroni

I can’t remember if I came across this when looking for Night of the Demons or vice versa; but I decided to watch both, for the sake of contrast. And they certainly were a contrast! Most of the time, I think I prefer 1970’s horror films to 1980’s; though I realise this is a generalisation (and I’m doing this partly to broaden my perspective, after all).

An Italian adaptation of a story by Tolstoy: not what I expected to find on Amazon Prime, but finding unexpected things is one reason I like these streaming services. Night of the Devils is extremely atmospheric, serious and slightly hippy, with weird dubbing, about a supernatural being I’ve not come across until now: a “vurdalek”. Only snag was I found the plot a little difficult to follow, which is a damn shame: it was sumptuous in its production, and the cast very engaging. Perhaps I’ll try it again one of these days. 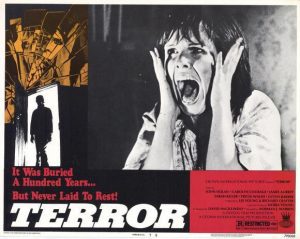 This was the first film I’ve come across by Warren, and I’m so glad I did. From what I’ve read, he had a style of his own (though varied quality).

Terror, which again I found on The Horror Channel, is a witchy/supernatural film that looks like a British whodunit. There are some great gory death scenes, some stylish women, and a couple of scenes which poke fun at other film genres.

I’m going to watch out for more by Warren. I think The Horror Channel is showing Satan’s Slaves soon.

Check out the rest of my #100DaysOfHorror countdown, and feel free to contact me on Twitter if you have “must see” suggestions for me.