“People Like Us”, the midseason premiere of Fear the Walking Dead, shows no signs of improvement, and confirms that the decision to focus on Morgan remains the wrong one.

“People Like Us”, the midseason premiere of Fear the Walking Dead, shows no signs of improvement, and confirms that the decision to focus on Morgan remains the wrong one.

Last night, Fear the Walking Dead returned from its midseason hiatus. In an episode titled “People Like Us”, the show’s new lead, Moralising Morgan (Lennie James), debated returning to the place – and the bigger, somehow even worse – show that he ran from at the beginning of this fourth season. He asked people to go with him: Althea (Maggie Grace), the androgynous videographer; Strand (Colman Domingo) and Luciana (Danay Garcia), who have somehow found a mansion complete with vinyl players and a wine cellar; John Dorie (Garrett Dillahunt) and June (Jenna Elfman), aka Naomi, aka Laura, who are currently caring for the mute snitch, Charlie (Alexa Nisenson); and Alicia (Alycia Debnam-Carey), the last surviving member of the Clark clan, and the only holdover of a once-great zombie spin-off that has reliably worsened over several months.

Somewhat unsurprisingly, they all said no to Morgan’s offer.

You have to wonder what it might mean if they agreed. Since running south and arriving in Fear the Walking Dead, Morgan has taken over the show in every sense; but it isn’t as simple as that. He brought with him changes in direction and tone that ranged from refocusing narrative attention on new characters to washing out the previously-bright colour palette so that it better resembled that of The Walking Dead. Almost none of those changes worked. On the contrary, they gradually, one episode at a time, planed down every interesting idea and character and stylistic quirk that had made Fear the Walking Dead a distinct and often superior zombie drama to AMC’s flagship title. “People Like Us” confirms that the show has no interest in attempting to reverse those decisions. The pressing question now is whether Morgan will take any or all of what remains of Fear the Walking Dead back east with him. Back to Virginia. Back to mediocrity. 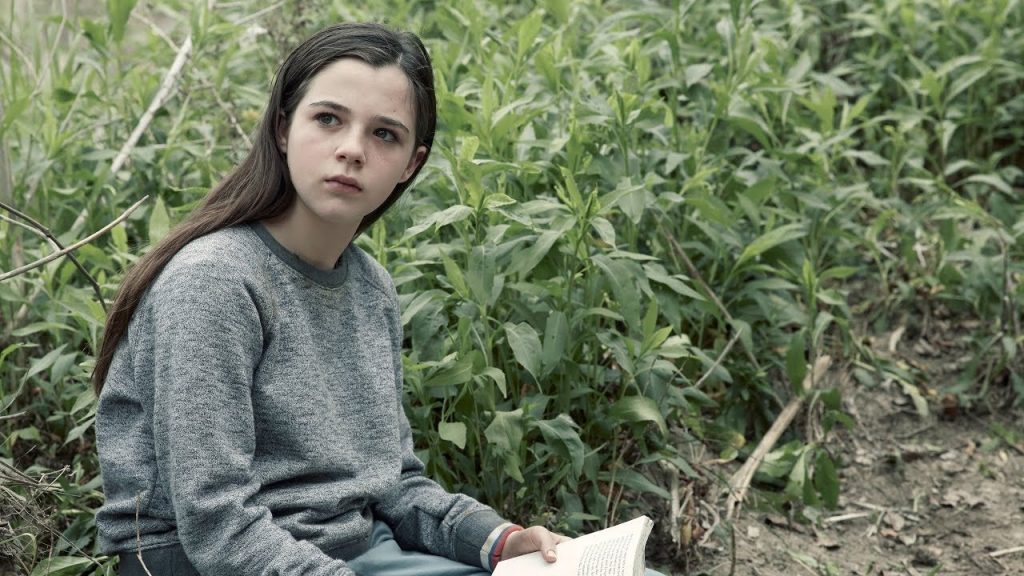 It’s difficult, almost impossible, to care. Why concern ourselves with Strand’s drinking, or Luciana’s aggressively stupid penchant for playing music as loudly as possible? Why bother with Alicia’s doomed rescue mission? Who would ever trust Charlie, and more to the point, who would ever empathise with John and June for trying to reach her, after what she’s done? Why would we give a s**t that Morgan left one show for no reason and has now decided he wants to leave another, again without much reason? “People Like Us” burns stupidity for fuel. It asks us to care about characters who only behave in ways that make no sense, about moments that haven’t been earned. It presents us with the dopey image of zombie-flinging tornado and expects us to be satisfied and impressed.

Fear the Walking Dead is a shambles; a creaky, ungainly clone, toiling thanklessly in the shadow of a show that pioneered apocalyptic stupidity, gawping, begging for attention, like a dog on the verge of death rolling over for one last tummy tickle. It’s pathetic. It’s insulting. And it’s getting worse.