‘The Spy Who Dumped Me’ | Film Review

The Spy Who Dumped Me is a serviceable action-comedy with dependable leading performances, but a lack of ambition and a fluctuating tone let it down.

The Spy Who Dumped Me is a serviceable action-comedy with dependable leading performances, but a lack of ambition and a fluctuating tone let it down.

I’ll never pass up an excuse to see more of Kate McKinnon, but just shy of two hours is too long for a dopey buddy-comedy like The Spy Who Dumped Me. She’s great in it, of course – she always is. And her frothing chemistry with Mila Kunis keeps the whole thing afloat for longer than it has any right to, even if the funny bits aren’t funny enough, the bouts of surprisingly graphic violence needed a surer guiding hand than that of co-writer and director Susanna Fogel, and the trite themes of enduring female friendship never amount to much.

Audrey (Kunis) and Morgan (McKinnon) are best friends and roommates in The Spy Who Dumped Me, but they’re really a collection of amusing quirks. Audrey’s an introverted cashier at a grocery store; Morgan’s an outlandish, out-of-work actress. When Audrey’s boyfriend, Drew (Justin Theroux), dumps her via text message, he’s promptly revealed as a spy and summarily executed, so the friends elect to complete his globetrotting secret mission.

The plot includes a McGuffin and trips to Vienna, Prague, Berlin, Amsterdam and Paris, but it doesn’t particularly matter. The point of a film like this is to encourage goofy fish-out-of-water antics, which The Spy Who Dumped Me has a lot of. Most of them work well enough, without being all that funny or clever. And there’s surprisingly well-staged action, more of it than you might expect, that is willing to descend into darker, bloodier territory than seems reasonable for a light-hearted comedy romp, even if it is rated R. 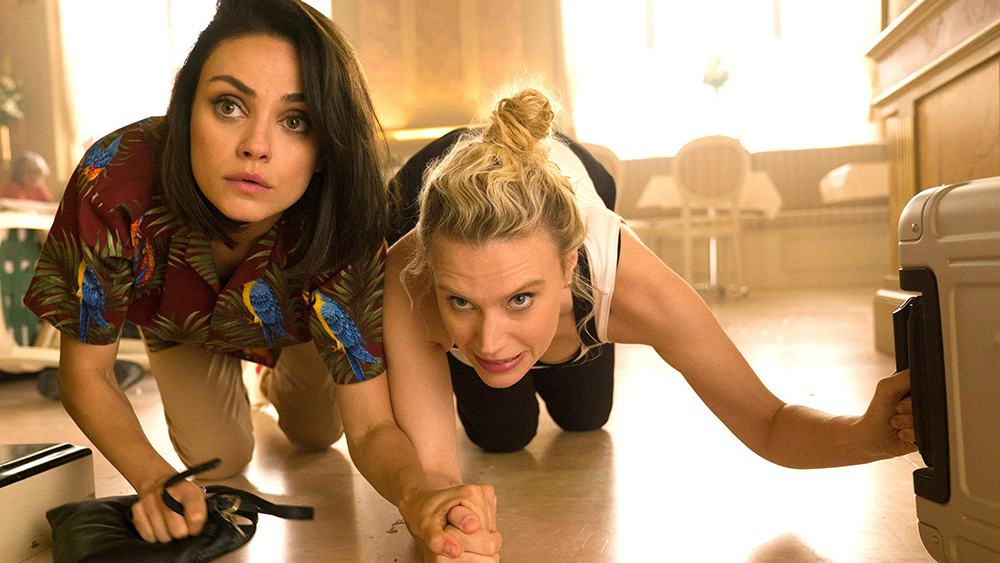 I don’t mind the violence, which isn’t extreme enough to be off-putting, whatever some lily-livered critics might have you believe, but it chafes awkwardly against the comedy. It’s the kind of thing someone like Edgar Wright could pull off in his sleep, but that Fogel can’t handle at all. The weird tonal fluctuations are the only things that make The Spy Who Dumped Me truly stand out, but they’re also what prevent it from properly cohering.

The weight of it all rests squarely on McKinnon’s shoulders; Kunis is always dependable, but she lacks her co-star’s unpredictable, unique comic presence. But the screenplay – co-written by Fogel and David Iserson – doesn’t give her much to play besides what she has already played in other movies, such as Ghostbusters and, most particularly, Rough Night. Anyone who knows a thing or two can spot McKinnon’s obvious talent, but the material she’s given, including The Spy Who Dumped Me, rarely makes proper use of it. Maybe next summer.