Lodge 49 continues to slowly and steadily improve with “Sunday”, which complicates plot matters and allows the core cast to develop.

Lodge 49 continues to slowly and steadily improve with “Sunday”, which complicates plot matters and allows the core cast to develop.

At the end of the previous episode, Dud (Wyatt Russell) and Ernie (Brent Jennings) stumbled into a secret room, where the corpse of a former Sovereign Protector of the Order of the Lynx lay eerily well-preserved. It was a good ending, and provides the start to “Sunday”, as the current members of Lodge 49 poke around the hermetically-sealed room for clues.

Turns out he drank formaldehyde. “Sunday” contains references to the “true Lodge”, and suggestions of the deeper, weirder alchemical history of the Order that I suspect later episodes will explain. Or perhaps not. You never can tell with AMC’s Lodge 49, which remains a profoundly weird show, even if it’s a better one each episode.

For one thing, the show has found a genuinely funny space now; the contrast between how serious the members of the Lodge take their fabled historical purpose, and how silly it seems to everyone else. The importance with which the Order of the Lynx treat, say, a breakfast for local Scouts, gives run-of-the-mill happenings a proper comedic slant – and that’s without the dead body just a couple of rooms away. 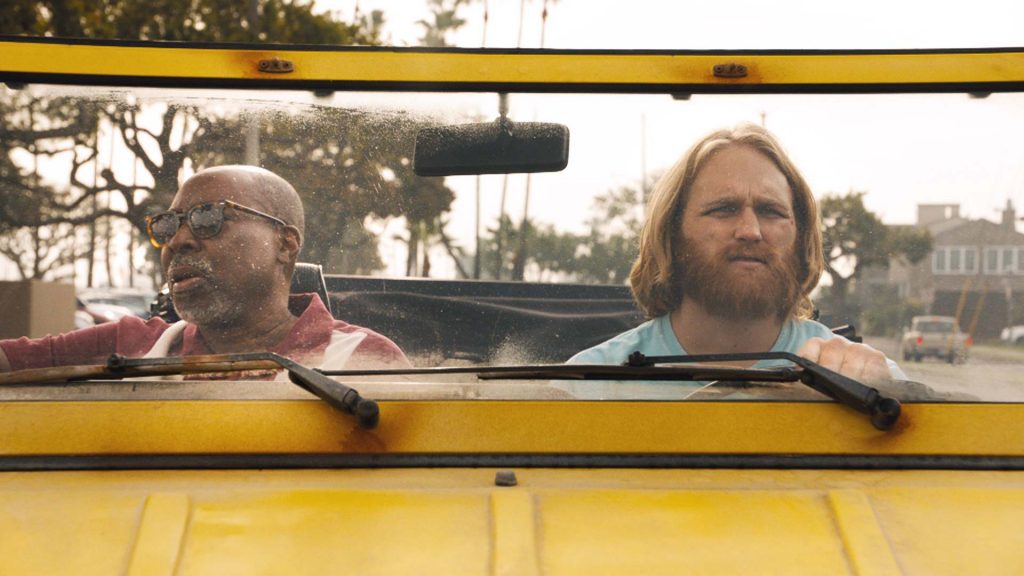 And meanwhile, these people have normal lives to contend with. Well, kind of. Ernie’s relationship with Connie (Linda Emond) is on the rocks, but Dud’s is flourishing with his new boss, Gloria (Jocelyn Towne), whose profound self-loathing presumably makes a limping gadabout like Dud an attractive romantic option. I mean, who am I to argue?

The bulk of “Sunday” comprised Dud and Ernie trying to track down the still-missing Larry Loomis (Kenneth Welsh), to inform him that there’s a body – definitely not a mummy, according to Blaise (David Pasquesi) – in the lodge. By the end of the episode he’s back, and the body has been stumbled upon by the Scouts, thus throwing the whole scenario into a degree of complication. I’m curious, finally, to see where things go. But the highlight was an off-the-rails Liz (Sonya Cassidy) spending her day off getting drunk, having a joust-off with her workmates in a shopping trolley, and waking up in a strange apartment after a night on the sauce. Really, Lodge 49 should be entirely about her.