Mr. Mercedes returns with “Missed You”, and while this opening hour works diligently to prepare for a shift in genre, it feels a little burdened.

Mr. Mercedes returns with “Missed You”, and while this opening hour works diligently to prepare for a shift in genre, it feels a little burdened.

The best description I’ve ever heard of Stephen King’s work is this: B-movie idea, War and Peace execution. It’s as good a nutshell as any for the diverse and frequently batshit offerings of the titan of genre fiction, but it isn’t a great one for Mr. Mercedes, the relatively straight-and-narrow thriller series adapted from his same-named novel about retired detective Bill Hodges (Brendan Gleeson) and genius murderer Brady Hartsfield (Harry Treadaway). According to “Missed You”, though, the busy and strained opening hour of the show’s second season, it might be a pretty fitting description going forwards.

I shouldn’t give too much away (press were provided the first four episodes, but this recap only covers the first). But it is worth noting that the direction this second season is taking is a vaguely supernatural one, which is why “Missed You” devotes so much time to two new characters, Dr. Felix Babineau (Jack Huston) and his wife Cora (Tessa Ferrer). The former is overseeing research on Brady after he had his head smashed in at the end of the previous season. The latter is trying to convince him that the use of a nebulous miracle drug in that research would be in the best interests of everyone.

This is a bold creative choice, and one that makes long-term sense, as it preserves the compelling central dynamic between Hodges and Hartsfield. And it’s handled relatively well by the show’s writing team, David E. Kelley and Dennis Lehane, and by its director, Jack Bender. It’s just a tough sit for an eager audience; neither of the characters, ethical differences aside, are all that compelling, and certainly nowhere near as arresting on-screen as Gleeson and Treadaway. 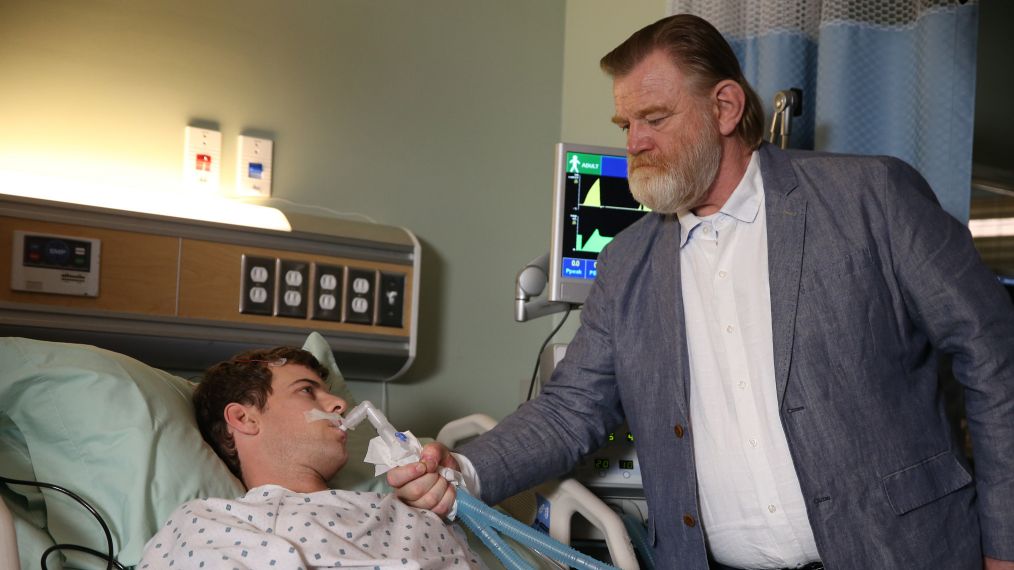 Elsewhere in “Missed You”, though, things are predictably excellent. Holly (Justine Lupe) is a captivating presence; a perfect example of a character with quirks that isn’t defined by them, and it’s nice to see Lupe with a fuller role after she was so underutilized by Succession. She works as Bill’s surrogate daughter and, now, his partner in a private investigation business, and you can see immediately that this relationship will be integral to the second season of Mr. Mercedes.

A stranger decision was the one to kill off Pete Dixon (Scott Lawrence) – unceremoniously, too. It deprives Bill of a trusted confidante, but I suppose also leaves him with a simmering motivation; more than once in “Missed You” he contemplates death, and why it chooses – seemingly at random – people who don’t deserve it, leaving f**k-ups like Bill and monsters like Brady ticking away. It’s heavy material to chew through and could have done without Pete’s death feeling so sudden, but I suppose that’s the point. And it allowed for a brilliant, Lehane-penned eulogy, impeccably delivered by Gleeson.

Those notable performances and snatches of powerful writing are the main reasons to keep watching Mr. Mercedes, even as it descends in weirder, perhaps not entirely successful territory. It’s a fascinating show, and “Missed You”, for all its faults, was a fascinating way to reintroduce it. Exactly how well it supports the weight of its newer, more overtly supernatural elements remains to be seen, but I’m confident it will be interesting to find out.