“This is Not Our World” was a poorly written episode of Ballers which stumbled through its plot with little sense of purpose.

“This is Not Our World” was a poorly written episode of Ballers which stumbled through its plot with little sense of purpose.

The world is crumbling under the eye of a lone raven. No, Game of Thrones didn’t make a sneak-attack return; Spencer (Dwayne Johnson) is just suffering from heavy-handed nightmares about visiting his dead brother’s grave. This scene was a waste to open “This is Not Our World”–it was painfully obvious writing, from the beer to Screenwriting 101 monologue. We get it, Spencer has unresolved issues with his brother’s death. The way they have woven this into the show is so cliche that it is almost distracting. Do something more interesting with it.

As I feared, Parker’s protest last week is a footnote, possibly for the season. The fall out is focused solely on the lost Coke deal. To recoup the loss, Lance (Russell Brand) is blowing large amounts of money on a skateboarding shoot. One aspect of this season I appreciate thus far is how square Spencer and Joe (Rob Corddry) seem transplanted in L.A. Maybe it’s supposed to be a sign that the boys are growing up. Maybe it’s because we can’t see past Lance’s Spin Doctor’s chic outfits.

Whatever the reason, Joe and Spence end up on a road trip to the desert to curb Lance’s money-haemorrhaging artistry. Something about this plotline doesn’t add up. Last week Lance was pushing Parker to sell out for an ad campaign; in “This is Not Our World”, he’s making grand speeches that Spencer and Joe don’t own him. Is he a free-spirited auteur or calculating capitalist? Whatever he is, he and his rope sandals are fired. At least for now.

There are some egos at work in “This is Not Our World”. Ricky (John David Washington) has managed to check his long enough to try out for Charles (Omar Miller). Unfortunately, over the year off, Ricky has lost his groove (supposedly due to those psychiatric drugs he took to save his brain over his career). Hiding the tryout from his lady leads to even bigger problems. Poor Ricky just can’t catch a break. 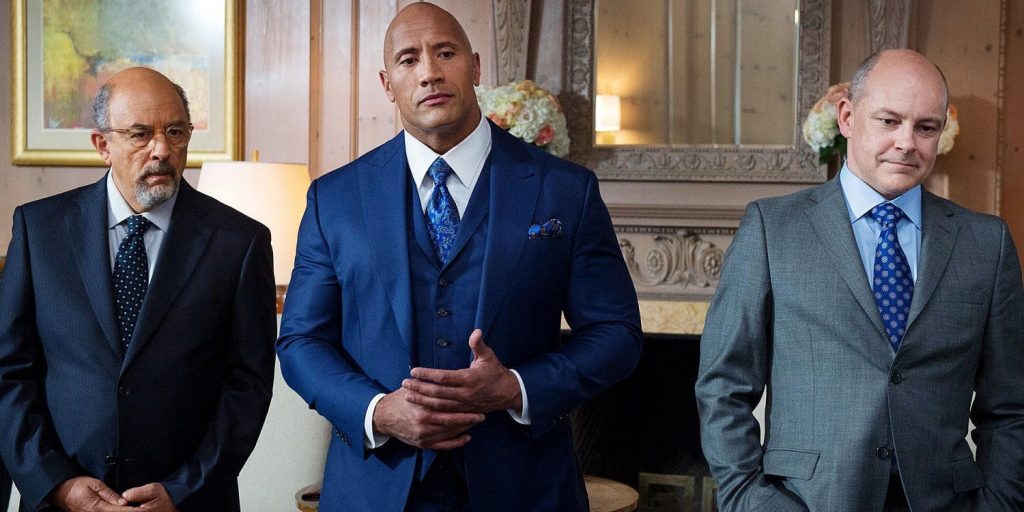 Vernon’s (Donovan W. Carter) time in LA turns out to have an actual purpose (aside from a plot point) as he returns to his old high school where they are retiring his number and naming the field after him. The entire event is an obvious ruse to get the local boy made good to make a donation to the school. Reggie’s (London Brown) sentimental nature encourages Vern to throw a little money at their alma mater, which Vern takes as a cue to donate a million. Given Vern’s past behaviours and Reggie’s reaction, I’m banking that he doesn’t have this kind of money to toss at any cause, no matter how noble.

“This is Not Our World” was a disappointing episode in that it stepped away from some of the potential it set up. Instead, we had random collections of scenes (Jason? What?) that seemed written just to advance the plot in the most unimaginative way possible.

That being said, half a star goes to two fabulous guest stars: Ernie Hudson (Winston!) and Grace Zabriskie (Big Love! Twin Peaks! Seinfeld!). They tie for MVPs of “This is Not Our World”. Hopefully this was just a Bye Week for everybody else.