A shoddily put-together seasonal horror flick with only stuffing on its mind, Secret Santa relishes in causing offence, but succeeds for all the wrong reasons.

A shoddily put-together seasonal horror flick with only stuffing on its mind, Secret Santa relishes in causing offence, but succeeds for all the wrong reasons.

You can see what director Adam Marcus was going for with Secret Santa, a silly seasonal send-up of uncomfortable holiday get-togethers. And you can see why he elected to make it in the flagrantly uncouth and offensive style that he did; flaunting good taste and decency is an easy way to court the eager audience who’re tired of sanctimonious bleating and moral puritanism in contemporary media. These are good, understandable ideas.

If only he’d also made Secret Santa a good film.

Alas, it’s sloppy, lazy garbage; smugly and laughably written, inconsistently performed, amateurishly executed, and leaning so heavily on the appeal of bad taste that its less an exercise in filmmaking than cycling through a Republican uncle’s sticky joke book. 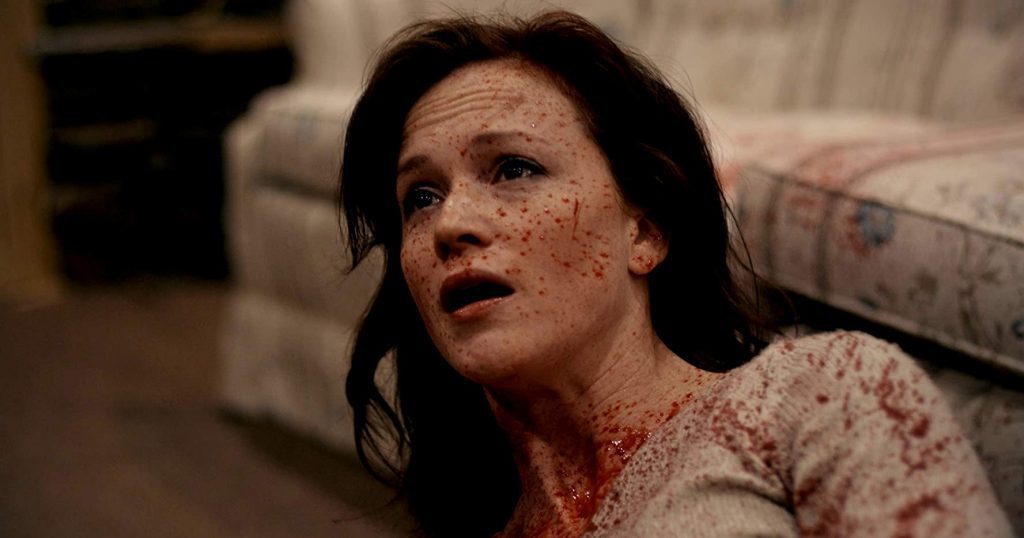 The plot, such as it is, concerns the Pope family getting together for the holidays, and takes the idea of simmering long-term resentments to its logical extreme. And look, I hate my in-laws and most of my actual family, as I’m sure a lot of people do, so this is fertile satirical territory. But the way Secret Santa peddles this one admittedly compelling idea is so thoughtless and try-hard that I’d rather suffer through my own Christmas dinner than witness this one again. Which is saying a lot, believe me.

It isn’t offensive. Well, I mean, it is offensive, but not really – all its forays into taboo territory like homophobia, transphobia and incest are attention-grabbing look-at-me controversy bait, and you never get the sense that anyone involved in Secret Santa is peddling deep-seated ideologies. They’re just hoping for attention. It isn’t an unusual strategy in genre film and it isn’t even an unwelcome one in 2018, Year of the Killjoy. But the overall execution is witless, deeply dissatisfying and often unpleasant, mostly thanks to an unreasonable lack of technical ability from a man with a decent amount of experience behind a camera. (Even if that experience includes directing Jason Goes to Hell: The Final Friday.)

When everything properly kicks off, there’s enough sheer madness on display that I’m sure some genre fans will get a kick out of it, but I suspect it won’t be many. Secret Santa is scheduled for a DVD release courtesy of Frightfest Presents later this year, and if you find that in your stocking, there will certainly be some arguments over dinner.