While Sacha Baron Cohen’s socio-political experiment was a bumpy ride, the Who Is America? finale proved the idea an overall success.

While Sacha Baron Cohen’s socio-political experiment was a bumpy ride, the Who Is America? finale proved the idea an overall success.

And so ends seven weeks of Sacha Baron Cohen duping public figures into exposing their own arrogance and stupidity. It hasn’t been a smooth ride. But in the Who Is America? finale Baron Cohen proved the merits of the idea, showcasing once again that, at his best, he’s a vital component in a cultural landscape which intertwines comedy and politics so frequently.

To do it, he created five characters, all of which were evidently believable enough to provoke nationally-known individuals into behaving deplorably. He exposed the gullibility and stupidity of policymakers, the self-centredness of reality TV stars, the pomposity of cultural critics like me, and the dangerous ignorance and bigotry of an entire swathe of American citizenry. All the while, he admirably shucked and jived with unpredictable marks that had no idea they were involved in a comedy bit. He wasn’t always entirely successful, but you can’t fault him for effort.

In the Who Is America? finale, he tried to make former football player O.J. Simpson admit that he murdered his ex-wife, Nicole Brown Simpson, and her friend Ronald Goldman. 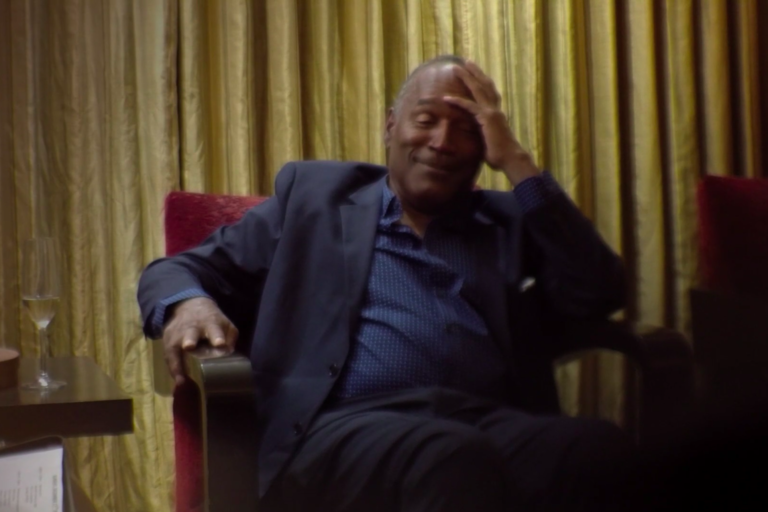 I have no idea how he engineered a sit-down between “the Juice” and his Italian photographer alter ego Gio Monaldo. It involved a hidden camera – the first in the series, I believe – and presumably a fair degree of palm-greasing and behind-the-scenes finagling. Either way, it happened. After explaining that he often wants to kill his girlfriend, which doesn’t elicit the desired reaction, Monaldo then outlines a made-up backstory about a Sheik who is apparently obsessed with Simpson’s acquittal and will pay to hear the truth of it. This doesn’t elicit the desired reaction either, but it was tortuously entertaining all the same.

Elsewhere in the Who Is America? finale, right wing conspiracy theorist Billy Wayne Ruddick sat down with former Massachusetts congressman Barney Frank, and attempted to explain Donald Trump’s infamous “p***y grabbing” statement by suggesting it was a doctored recording of him suggesting the purchase of a cat to deal with a mouse infestation. And Israeli counter-terrorism expert Erran Morad yet again convinced redneck gun-nuts to debase themselves in the name of American patriotism, training in liberal activism by familiarising themselves with the HBO series Girls and eagerly sodomising a life-size replica of Donald Trump.

I kept returning to that O.J. sketch, and pondering the sheer amount of planning, careful choreography and last-minute improvisation it required. Even the weakest of these episodes has contained at least one segment that was laugh-out-loud funny, if nothing else, but the real achievement of the show has been exposing just how easy it is to make powerful, influential people behave despicably. Yet, it can’t have been that easy. And therein lies the true genius of Sacha Baron Cohen, capably highlighted by the Who Is America? finale: he’s able to make a complex scenario seem like hapless coincidence; able to make fictions seem real; and able to expose reality as being stranger than fiction could ever hope to be.