Episode 8 of Castle Rock, “Past Perfect”, provides a twist on classic horror tropes while raising some crucial questions.

Episode 8 of Castle Rock, “Past Perfect”, provides a twist on classic horror tropes while raising some crucial questions.

In a more innocent time, when Castle Rock was just creepy instead of heartbreaking or terrifying, late-Warden Lacey’s house was sold to Gordon (Mark Harelik) and his wife (Lauren Bowles). At the time, it seemed like a hard sell after the disturbing ending of the previous owner was revealed. Yet Gordon only asked if the house also came with the art, which it turns out included a basement full of Warden Lacey original paintings of the Kid (Bill Skarsgård) from various years, their subject never ageing. This doesn’t bother the new residents because, as fate would have it, Gordon has a love of the macabre and wants to open his own B&B Murder House. Certainly not unique. But there is the pesky little problem that Gordon is a stone-cold killer. Like, hack up innocent travellers Patrick Bateman-style killer.

While most of this season has been built on suspense, “Past Perfect” brings the horror in the old-school school slasher tradition. The question of how Gordon became a killer, if it was inside him and the town brought it out or the town made him do it, is an interesting little puzzle on the side of the show’s main narrative. It’s also a nice reprieve after the intensity of last week’s episode. Bonus points for the matching track jackets.

And what has become of our dear Henry (André Holland) since last we saw him in the Filter? He’s still there, at least until Molly (Melanie Lynskey) senses his anguish and rescues him. The rescue is made somewhat easier by the fact that the men who imprisoned him are dead in the woods (or at least Odin is). Henry returns home to find his mother (Sissy Spacek) sleeping and the Kid still in residence, the house restored to its previous condition. Last week’s tragic shooting seems like a bad dream, until we see Alan’s (Scott Glenn) body in the shed, right where Ruth left him. The Kid’s concerns, interestingly enough, involve protecting Ruth and getting Henry back into the woods now that he can “hear it.” He also mentions getting childhood Henry out of the basement and then waiting for him in Shawshank for 27 years. Before Henry can probe further, the police arrive and the Kid flees. Unfortunately, that leaves Henry to be questioned again about the death of a father-figure. He really does have some Charlie Brown luck.

Sadly, Ruth’s concept of the night before is perhaps even more devastating as she firmly believes she was protecting her son from her long-dead husband instead of shooting her great love. Her confession is overheard by Wendell (Chosen Jacobs), back from spending the night in a church pew after Ruth sent him away. This seems to be a theme for poor Wendell as Henry sends him away. However, after a rogue bird hits the bus windshield, Wendell hears the same ringing we’ve seen his father experience. Instead of returning home, he gets off the bus a short time later at Jerusalem’s Lot. It looks like a long walk back to Castle Rock, but with the focus on father-son dynamics, Wendell probably needs to hang around for the final act. 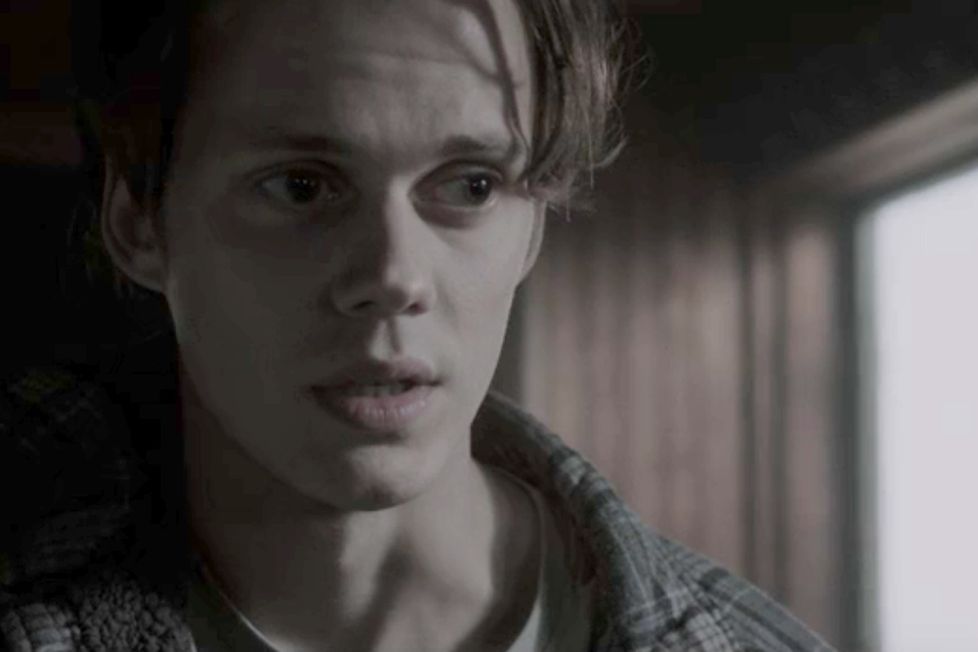 The climax of “Past Perfect” comes when Henry, who legitimately has the worst instinct for deciding when to play detective, breaks into the Bloody B&B to look at the basement he thinks the Kid was referencing. He finds the room full of those ageless Kid paintings, including one where the Kid is wearing the same sweater from Henry’s childhood missing poster. Of course, he barely has time to process this before Gordon’s nameless wife gets a little stab happy, eventually cutting her own throat. Gordon picks up the knife and pursues Henry. Luckily, Jackie Torrance (Jane Levy), suspicious from an earlier encounter with Gordon and wife, swoops in just in time to save Henry using her uncle Jack’s favorite weapon, an axe.

Meanwhile, Molly has been somewhat sidelined the past few episodes, but I would venture things are going to move her front and center just based on the Kid’s assertion that although Henry isn’t ready yet, she is. Ready for what? Of course, we don’t know, but it was evident from early on that Molly’s gift would become important in connection with the Kid. That connection is certainly stronger than previously imagined, something I am sure will be crucial in the weeks to come.

Thematically, “Past Perfect” examines the idea of control and culpability. Several people mention being out of control or not feeling like themselves. Conversely, Henry has been blamed throughout the series for bringing death and darkness, as has the Kid. How much of that is true? And how do these two relate to each other? The story has taken on a feeling that is so much bigger than any one character. With only a few episodes left, we shall see how big it really is.