Despite Bodyguard Episode 3 being a refreshingly slow hour, it nonetheless built to an explosive conclusion and remains incredibly compulsive viewing.

Despite Bodyguard Episode 3 being a refreshingly slow hour, it nonetheless built to an explosive conclusion and remains incredibly compulsive viewing.

After finally slowing down for a while, Bodyguard Episode 3 sped right back up, leaving Keeley Hawes’ Home Secretary, Julia Montague, the victim of a suicide bomber. Is she alive? Dead? And did her ostensible protector, David Budd (Richard Madden), have anything to do with it? Questions!

Things started well enough. David and Julia continued performing the no-pants-dance at any given opportunity, while in their few moments of separation the former took to deploying surveillance gear and the latter swapped illicit security secrets with a smarmy intelligence muckety-muck. All par for the course in Bodyguard Episode 3, which ramped up the ridiculous Westminster wiggling and also made time for a brief Parliament address, complete with jeering from the back benches, and a shot of David Madden’s bare arse.

None of this is realistic, but would we want it to be? I’m not sure I’d be up for an hour of tiredly shuffling papers around and being insulted by toy activists on social media, which is contemporary politics in a nutshell, really. Well, that and dancing like you’ve got a limp in both legs. If it’s all the same to you I’ll take Machiavellian backroom snooping any day of the week. 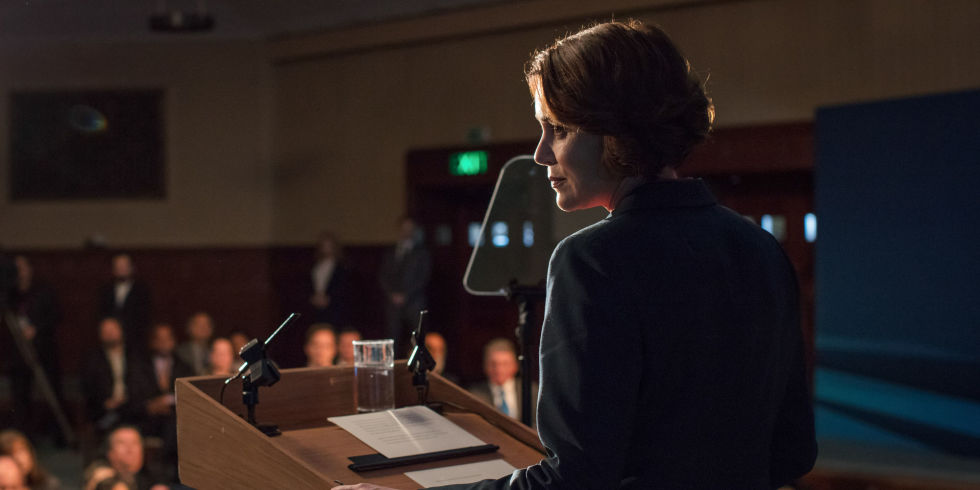 Speaking of snooping, Julia’s proposed nanny-state legislation isn’t going down too well with the citizenry, who pelt her with eggs and try to blow her up at a college campus where she has chosen to stage her first public appearance since last week’s assassination attempt. I’m not sure that Budd necessarily fulfilled his protection duties in Bodyguard Episode 3, but then again I’m not entirely sure that he cares. As the net closes around Julia’s would-be assassin and the police discover more information about the disfigured gunman who took pot-shots at her last week, the implication is that he had an accomplice – and that the accomplice might be David. You can believe it, as well. He’s becoming increasingly strung-out with all the pressure, bathroom liaisons and bloodbaths, and when Julia snuck into his room for a late-night smooch he got her in a one-handed chokehold like the f*****g Undertaker.

As always, and perhaps especially after Bodyguard Episode 3, I have no idea where any of this is going. Jed Mercurio has crafted an inscrutable, Byzantine drama that is increasingly far-fetched and unrelentingly tense, and whatever’s in store for us next is a mystery. I can scarcely wait.