“God turned his back on this place,” or so the Reverend Matthew Deaver (Adam Rothenberg) contends in the opening moments of “Henry Deaver”. His cold open voiceover catalogues more of the grisly history of Castle Rock with his own twist–his mother tried to murder him as a baby because she believed the devil was in him, yet he was somehow resurrected. This singular event changed them both, ultimately sending the Reverend hurtling towards his future. We have a mirror of Warden Lacey’s (Terry O’Quinn) voiceover with both ending in the men enacting what they view as God’s work: the building of a cage. This sets up an episode which is itself a funhouse mirror of the Castle Rock we’ve been given that distorts reality while looping around to greater truths.

Perhaps more unsettling than the Kid (Bill Skarsgård) as our icy-eyed prophet is the Kid as normal, a seemingly functional adult who goes jogging and works to cure Alzheimer’s. Again, we see the use of voiceover, this time with Skarsgård talking about the shifting nature of memory and the need for arching narrative to make sense of the world. A bit heavy-handed? Maybe. But certainly relevant as we twist through the narrative where he’s drawn back to a thriving Castle Rock by a phone call from Alan (Scott Glenn) in regard to his father, Matthew Deaver.

While the town may be thriving, the Deaver house is in disrepair. The Kid looks through it before approaching the friendly lady across the way. She mentions someone killing himself at the lake, but the piece of information falls to the wayside when grown Molly (Melanie Lynskey) approaches and recognizes the Kid as . . . wait for it . . . Henry Deaver.

Welcome to an alternative world of Castle Rock. Where Molly is the star of the city, Ruth left her abusive husband for Alan (they live in Sarasota), Reverend Deaver is the lake suicide, and Bizarro-Henry is a brain expert and hopeful dad-to-be. Of course, it is inevitable Bizarro-Henry will find the cage in the basement, this time containing who we know as young Henry Deaver (Caleel Harris). Like the Kid in the original narrative, this Bizarro-Kid only knows the name Henry Deaver. As Bizarro-Henry explains to a less troubled and still alive Zalewiski (Noel Fisher) his father dragging him through the woods to hear God, Bizarro-Kid tries to make a break for those same woods before being dragged back. 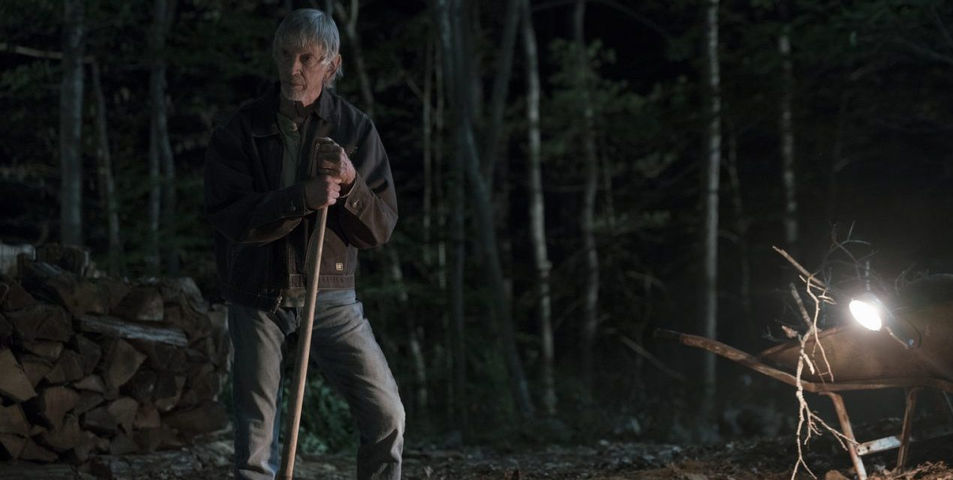 The symmetry of “Henry Deaver” is fascinating. It isn’t just that things are opposite; there are narrative shifts that are even more disconcerting. Through the mini-cassettes Matthew Deaver left behind, it is revealed that young Henry showed up at his door one night, claiming to be his adopted son, knowledgeable of enough things to convince the troubled reverend that his son (aka Bizarro-Henry), taken from him by his ex-wife, has been resurrected to him. Except such things cannot last. Believing the boy to be sent by the devil, Reverend Deaver drugged, then imprisoned him, where young Henry, like his Kid counterpart, ceased to age.

Also like his counterpart, young Henry causes destruction wherever he goes, in this instance by setting fire to the hospital. At the police station, young Henry is almost incapacitated by the ringing in his ears, reiterating his desperate need to get back to the woods. Molly touches his hand, igniting visions of the relationship we know, including her part in the death of Reverend Deaver. This is enough for her to convince the police to release young Henry into her custody for the night. Evading the police escort, they arrive in the woods where Henry sees a vision of the first settler (mentioned earlier in Reverend Deaver’s tapes), a girl who was forced to eat her dead family to survive. Molly and young Henry chase after the girl, leading Zalewiski to follow suit and fire a warning shot. His aim, it turns out, is another distortion and Molly is hit. Once Bizarro-Henry touches her, he sees her own visions of the dark moments that have happened in this place under a blazing sky. An instant later, he is in an empty, snow-filled wood, making his way to the lake just in time to see young Henry reunited with Alan in the first scene of the series.

We end “Henry Deaver” where we ended last week, in Molly’s bedroom where the Kid, aka Henry, is explaining how he saw her die and how he came to be contained for so long in the Shawshank cage. What is so successful about “Henry Deaver”, similar to “The Queen”, is that it takes what we have been given as truth and asks us to reconsider every moment we’ve seen thus far. Even more successful is that the series has not intentionally misled us, as sometimes these things do, but instead slowly added layers to what at first appeared to be a flat narrative. With one episode left, there are surely more layers to come, though it’s unclear what those might be. That is perhaps the most tantalizing twist of all.