Strong leading performances and some occasional wit aren’t quite enough to save Wanderlust from aggravating mediocrity.

Strong leading performances and some occasional wit aren’t quite enough to save Wanderlust from aggravating mediocrity.


Wanderlust is about sex and intimacy; how they’re not the same thing, and how you don’t need to be intimate with the person you’re having sex with or have sex with the person you’re intimate with. Or something. In truth it mostly seems like absolute tosh, kept interesting only by stellar performances and the occasional quite funny simulation of real-life awkwardness. How many people actually want that kind of thing in their downtime remains to be seen, of course, and the ratings suggest it isn’t too many, but I’m partial to watching other people get their lives all wrong because it makes me feel better about mine.

Joy (Toni Collette), a therapist, would probably have something to say about that, but she has enough on her plate to be going on with. For one thing she has recently been knocked off her bicycle by a car, which I’m sure as a cyclist she deserved, but it means she has to wear a wrist brace and walk with a crutch and avoid strenuous activity, which includes awkward sex with her husband, Alan (Steven Mackintosh).

An opening scene makes all this clear, interspersing flashbacks to the cycling accident with Joy and Alan’s fumbling attempts at lustless sex. It’s a lost cause, obviously. These two have chemistry, but not in the bedroom. He criticises her facial expressions and she criticises his technique; it’s all a bit rubbish, really. Wanderlust Episode 1 has a few scenes like this, including another shortly after it in which Joy tries to finish herself off and is interrupted by her teenage son, Tom (Joe Hurst).

Wanderlust has been adapted by Nick Payne from his own play, and seems to take place in some bizarre dimension where it never stops raining and teenagers read Jonathan Franzen novels completely unironically. If someone brought a copy of The Corrections into my high school they’d have been stuffed in a locker before morning break, but I suppose I’m quite far removed from the target demographic here, which is either older couples disillusioned with the idea of monogamy or the woke millennial set; the show seems to make concessions to both in about equal measure. 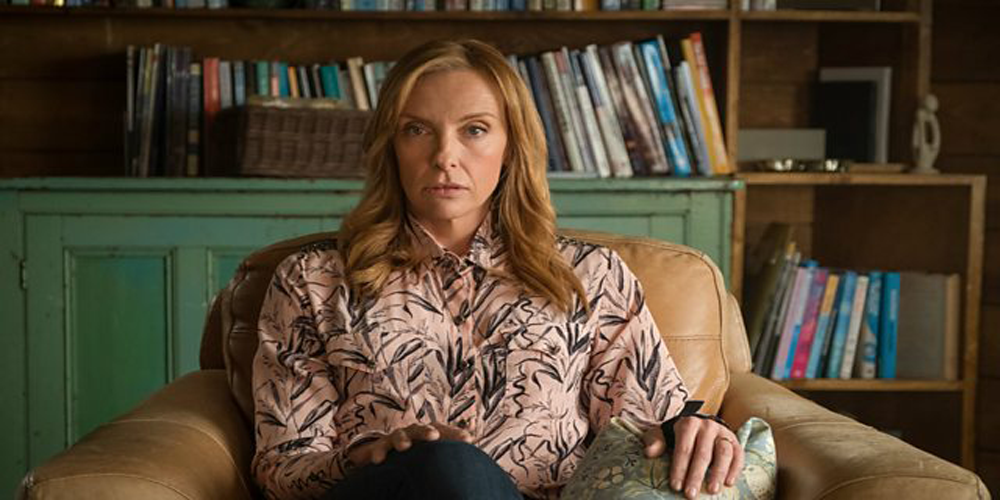 At the school where Alan teaches, he bonds with his colleague, Claire (Zawe Ashton), both over another colleague being caught masturbating and a tortuous, failed mid-air proposal. They later bond further over a spliff and Warren G, whom Alan has never heard of and, upon first hearing, reacts to in quite a painfully embarrassing way. It does, however, lead to sex. Joy, meanwhile, meets a hunky Hertfordshire copper at her hydrotherapy class, and is given a lift home by him, which also leads to… well, not quite sex, but a kind of face-to-face mutual wank-off which was “steamy” in about the same way as leaning your face over the kettle as it boils.

By the end of Wanderlust Episode 1, they’ve both fessed up, which puts the series in an interesting position considering there are still five episodes to get through. Needless to say, Joy and Alan both decide that mutual infidelity is the best way forwards; that opening their marriage up to others will somehow repair it. I’m not convinced, personally, perhaps because despite both Mackintosh and Collette acting more or less like real people, nobody seems to talk like one. One of Joy’s clients uses the word “pendulous”, which I’ve never heard uttered in casual conversation before, and then there’s the whole Franzen issue. “Have you read Purity?” asks Tom of the girl toting the novel. Shut it, Tom, for crying out loud.