Eighth Grade focuses on Kayla Day’s life as she finishes the painfully awkward middle school years and forces herself to step forward into high school.

Eighth Grade focuses on Kayla Day’s life as she finishes the painfully awkward middle school years and forces herself to step forward into high school.

In Eighth Grade, Bo Burnham and Elsie Fisher thrust us into the head and world of an eighth-grade girl, with all the innumerable insecurities and anxieties that go with that time of life. Much like last year’s The Florida Project, we plotlessly follow Fisher’s Kayla through a small portion of her life; this time it’s the final few weeks of middle school. The plot is bluntly straightforward: Kayla needs to finish middle school and get into high school and figure out who she is and how she fits into the endlessly paradoxical landscape of middle school.

This film also echoes Lady Bird, Greta Gerwig’s darling from last year, in which the eponymous character just wants to finish high school and get out, trying on different personalities as she grows up. Kayla just wants to have a voice, to be a part of the world in which she lives, but not to get lost in the crowd. To do this, she tries to figure out where she’ll compromise, where she’ll stop being herself to be what others want her to be. She motivates herself throughout, trying to sort out where she’ll fit in, and she’s often painfully shy, despite the image that she hopes to project. And the result is complex, moving, and inspiring–but not exactly in the way you expect. 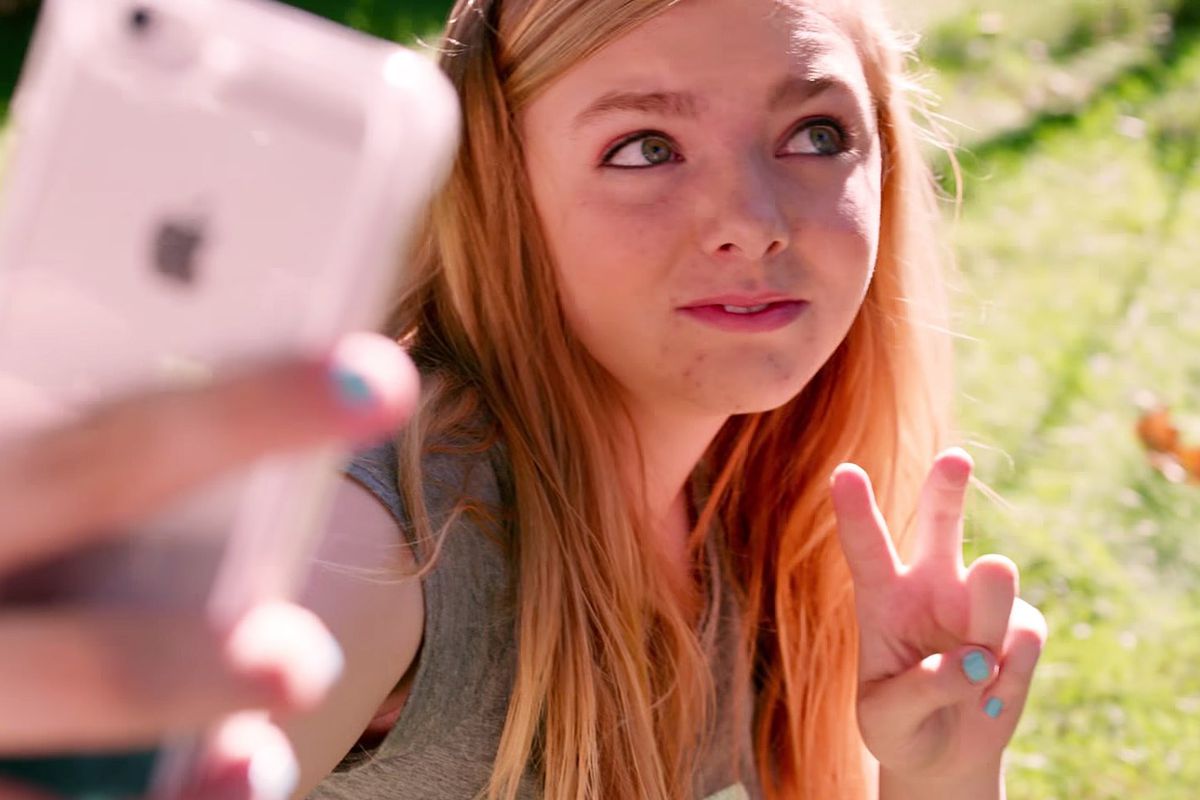 Rather than hyperbolizing or condescending to “that generation” or “those kids and their phones and social media,” Eighth Grade keeps the audience firmly grounded in Kayla’s reality. Her phone is front and centre, but that’s true to life, and she’s not condemned for it. It’s another element and obstacle that she needs to learn to use–or not use–but definitely not be enslaved to. I’ve never seen a film be either brave or honest enough to tackle this subject without being distracted by disdain.

Burnham never writes Kayla as a stereotypical teen. She speaks as teens I know (I’m a middle and high school teacher), both in her tone and her diction. She even carries herself with a weight of reality that had to truly come from within, and that both Burnham and Fisher tapped into. Through this film, they cut to the core of what it means to be an adolescent today, both gently critiquing and authentically portraying that time of life. Kayla has a deep inner strength that wrestles with her nervous adolescent angst, and she should be a role model for the girls whose standard she bears.

Because of my job, and my long experience working with teens, this film made a deep impact on me. I know or have known Kayla and girls like her. Eighth grade is a brutal time for many kids, regardless of gender. You’re trying to figure out who you are, you’re one thing to your family, another to your friends, and in this digital age, we often have another three personas depending on which social media platforms we subscribe to. It’s hard just being a human in the real world–it’s even harder to be human in a world where everyone’s voice is more easily amplified and filtered into a bombarding cacophony. 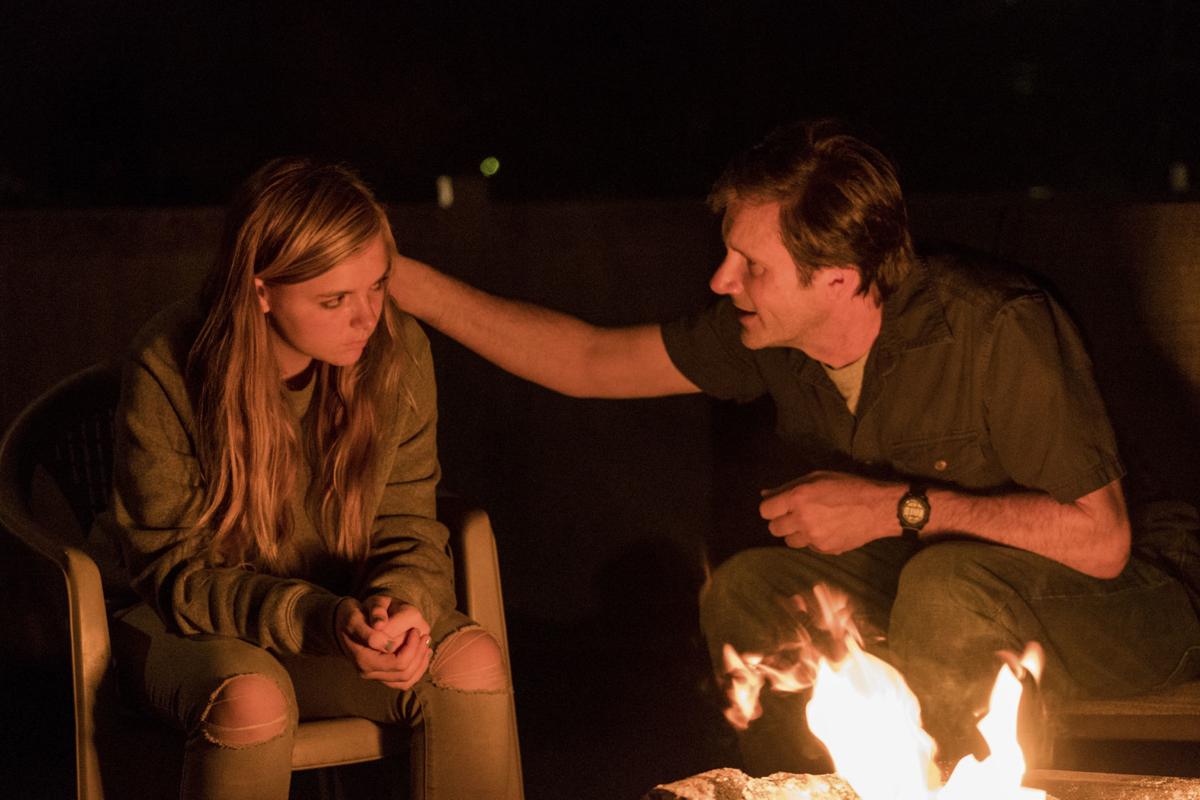 One of the more refreshing elements is Kayla’s uncomfortably real relationship with her dad, Mark (Josh Hamilton). She spends much of the film snapping and biting at his jugular, preferring her phone or laptop screen to her father’s company. However, what this film never does is to relegate her father to buffoon-status. It would be all too easy to make her dad cartoonish or non-existent, an Everybody Loves Raymond (Ray Romano) caricature of an inept father. Her father deeply cares for her and tries to reach out to her in a real way. This is something missing from the film landscape, and that Eighth Grade tries to accurately portray. 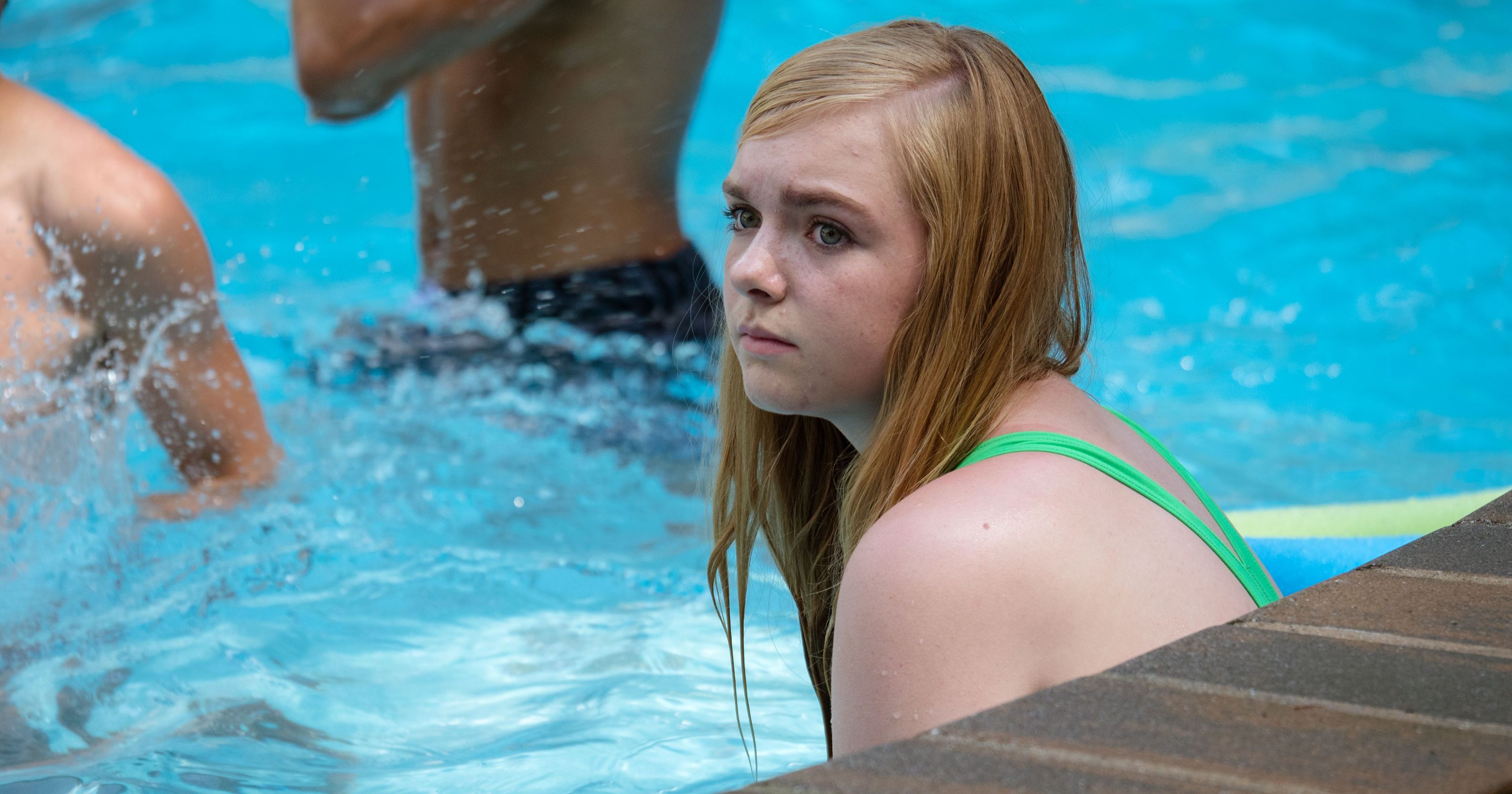 Elsie Fisher is captivating and real. The camera fixes closely, almost painfully close–acne and all–on her throughout; nearly everything is a closeup, not only of her but of her perspective. With a single glance, shrug, or sigh, Fisher emotes deep sadness, angst, or resolve. Again, much like The Florida Project, it feels like we’re just following this real girl on her journey through life. Rarely does anyone else share the screen with her. And the camera loves her, cringes with her, and cries with her. I’m going to admit that this is the first time that I have ever cried in a film. It’s utterly moving.

In Eighth Grade, director Bo Burnham captures the cringey zeitgeist of being an adolescent today, with more built-in anxiety and social nervousness than any other period in history. It is an engaging, nearly perfect film with one of the most cathartic moments I’ve ever had while watching a movie. Eighth Grade is easily my favourite film of the year and deserves every award for which it will inevitably be nominated, particularly for the star in the making: Elsie Fisher.