This week’s episode of Better Call Saul, “Piñata”, sees everyone starting out on a new path, some good and some not so good.

This week’s episode of Better Call Saul, “Piñata”, sees everyone starting out on a new path, some good and some not so good.


Better Call Saul give us brief respite in this week’s episode, “Piñata”. After things began to ramp up last week everything feels a little more measured and calm, as most of our major characters embark on a new chapter. In truth, I think I actually prefer the “quieter”, more ponderous episodes of Better Call Saul. It’s a show that I find to be the most interesting when it’s giving the characters time to grow. It’s a testament to the writers that they’ve managed to spin out such well-rounded and three-dimensional characters from what is essentially a few supporting characters from Breaking Bad.

While this episode seems like a momentary pause or a chance for reflection there’s also a creeping sense of foreboding in “Piñata”. There’s definitely a feeling that something significant is going to happen soon, but as yet I’m struggling to work out what. The last few seasons have had an obstacle looming large in the background. There’s no obvious “big bad” looming in the shadows so far this season, so it’s really anybody’s guess.

I think in the next few weeks we might end up seeing a dramatic shift in Kim and Jimmy’s relationship. The cracks are already beginning to show as the pair start to diverge. Kim has decided that she can’t continue to manage Mesa Verde all on her own so she turns to Schweikart and Cokely. It looks like they might have finally landed her after a number of failed attempts – it will give her the support she needs and the chance to do the public defence works she craves. The problem is that this really puts the brakes on Wexler and McGill Attorney at Law. There’s a nice flashback at the start of “Piñata” to a much younger Kim and Jimmy back to when they were just starting out at HHM. It’s quite a nice reflection of just how far (but also how similar) the characters are to their younger selves. Kim is ambitious and bright whereas Jimmy is running a book on the Oscars for some easy money and generally just enjoying life. They’ve come so far but they haven’t really moved.

On the surface, Jimmy seems to be taking the news of Kim’s new job quite well, but I suspect that this is going to be a catalyst to push him towards becoming Saul Goodman. After unsuccessfully trying to strike a deal with the kids who had robbed him Jimmy turns to some Huell, a Breaking Bad favourite, to make a point. There have been a lot of moments this season where I’ve thought “oh yeah that’s definitely a defining moment in becoming Saul”. Well, it turns out this was another one. It’s a small thing and no one actually got hurt, but Jimmy is going to be out on the street hustling and selling phones and he’s using hired muscle to get things up and running. It’s not really the behaviour of a lawyer. 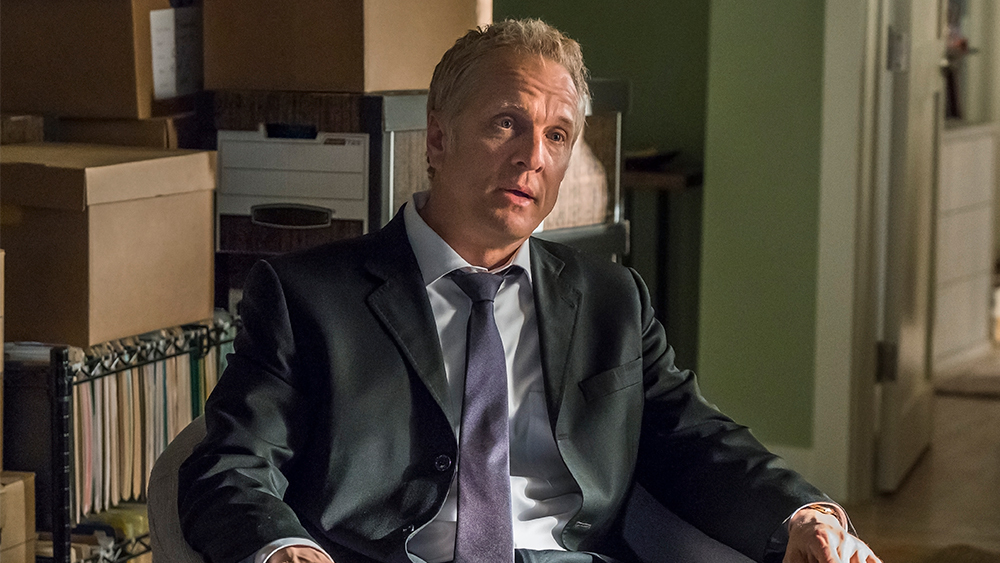 Gus is moving forwards with building his meth lab, which will one day play host to Walt, Jesse and a particularly annoying fly. It’s going to be a long job where the workers aren’t really allowed to leave the building. Mike’s trying to make things as comfortable as possible with a football pitch, a basketball court, a fully stocked bar and a projector screen. Although the projector really bugged me. They’re in an incredibly brightly lit warehouse, there’s no way that’s an optimal environment to enjoy a good movie on a projector screen.

Anyway, there’s some fairly heavy signposting that one of the German workers is going to be trouble. It’s only his first day on the job and Kai seems to want to muck about, I suspect he’s going to cause Mike some problems in the near future – and Mike will end up causing him a few problems too.

Another week, another solid episode. The characters are beautifully sketched out, they feel like living, breathing people and I am fully bought into their stories.