Reversing Roe provides a clear, well-argued contribution to the on-going debate surrounding abortion in America, but its impersonal approach doesn’t appeal to people’s humanity so much as their logic and reason – which many seem to lack.

Reversing Roe provides a clear, well-argued contribution to the on-going debate surrounding abortion in America, but its impersonal approach doesn’t appeal to people’s humanity so much as their logic and reason – which many seem to lack.

Ricki Stern and Anne Sundberg’s Reversing Roe, a new documentary about abortion slated to air in the apolitical wilds of Netflix on September 13, is the kind of thing that’ll inevitably incense people. And it shouldn’t, really. It doesn’t explicitly argue for or against women’s right to choose – but several impassioned interview subjects do, which many will see as the same thing. And it’s careful to remain clear rather than try and be clever, which many won’t care about either. Welcome to the aggressive, us-or-them, zero-sum game of contemporary political discourse, where you’re either right or wrong; a glimmering, progressive flower child or a shaven-headed, gang-signing neo-Nazi.

2018’s social climate is tediously tribal, and trying to broach the issues raised in Reversing Roe is like trying to tap-dance over a minefield while spinning a plate on your head. And I get an email every time someone leaves a comment here, which I think you should know. But it’s important sometimes to take a step away from the computer keyboard or the freshly-painted placard and just consider, even briefly, the realities, fallacies and flaws of coveted Western democracy; of a political system so heavily influenced by corporate interests and disingenuous, fear-mongering rhetoric. Consider, for instance, that the most evolved species on Earth, in the most socially and technologically advanced period of its history, still holds a popularity contest to determine who the most powerful man in the world is.

Reversing Roe is good at dissecting how and why a private medical issue like abortion became a public political one to be debated by nine out-of-touch old men. It asks, earnestly, why anyone should feel comfortable handing their bodily autonomy over to a cabal of wrinkly blokes in robes; and it highlights, effectively, the inherent absurdity of determining public policy through a slavish devotion to outlandish sacred texts. Wherever you come down on the issue of what hundreds of millions of women should be allowed to do with their bodies, it’s difficult to argue that the means by which change is affected in modern-day America – and, for that matter, in other supposedly utopian Western nations – is distressing archaic. 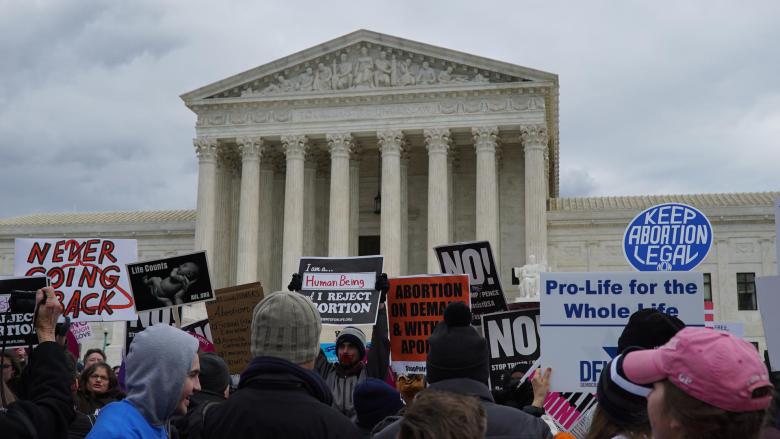 While the documentary’s lack of personal stories doesn’t give an audience much to latch onto emotionally, and while it doesn’t approach the issue with the probity it perhaps could, you get the sense that this might be the point. Presenting facts and figures and photographs without artistic artifice or lopsided political posturing is what Reversing Roe brings to a table where ordinarily partisanship is the only thing that’ll get you a seat. Which isn’t to say that the film isn’t making a clear point that reproductive rights are intrinsically personal or that the whole issue has been self-servingly hijacked by politics. It’s simply to say that it does so in a way that is difficult to argue with: by presenting facts, many of them profoundly uncomfortable, and challenging you to consider them from the perspective of someone who is being told that an omnipotent invisible deity is in charge of their right to have babies or not.

I hope that written down this sounds as ridiculous to you as it does to me – but I’m not holding my breath. I hope that you can see photographic evidence of illegal abortions and not think that’s quite alright; that you can think passing 300 abortion restrictions since 2010 is probably a bit excessive; that you can acknowledge that Missouri gynaecologist Dr. Colleen McNicholas probably deserves a day off. A film like Reversing Roe is supposed to prompt questions about ourselves and the people and systems that govern us. But it’s up to us to really ask them.