Mr. Mercedes burns slowly, but in “Motherboard” it picks up some steam as Bill confirms his suspicions while everyone around him worries he’s going too far.

Mr. Mercedes burns slowly, but in “Motherboard” it picks up some steam as Bill confirms his suspicions while everyone around him worries he’s going too far.

At the end of last week’s episode of Mr. Mercedes, Brady Hartsfield (Harry Treadaway) walked young Sadie (Virginia Kull) to the roof of the hospital and sent her plummeting to her death. And that’s predictably where “Motherboard” begins; with Bill (Brendan Gleeson) and nurse Wilmer (Tammy Arnold) stood beside her splattered corpse.

It’s fitting that “Motherboard” should start with Sadie, as even in her death she’s still – at least for now – the key to unravelling the mystery of how Brady is infecting his carers and puppeteering them from the decaying basement of his mind; where ghosts offer him hot pockets and the hazy monitors peer through the eyes of the people he controls.

Bill knows something’s up – he just doesn’t know what. At home he’s researching people who faked comas and compelled others to suicide; he has a sense that Brady is responsible, but knows it isn’t a rational viewpoint. But, as he says himself, Brady defies rationalism. You can’t explain him. So, while everyone around him believes he’s descending into an unhealthy obsession, Bill doubles down on his efforts to find the truth. 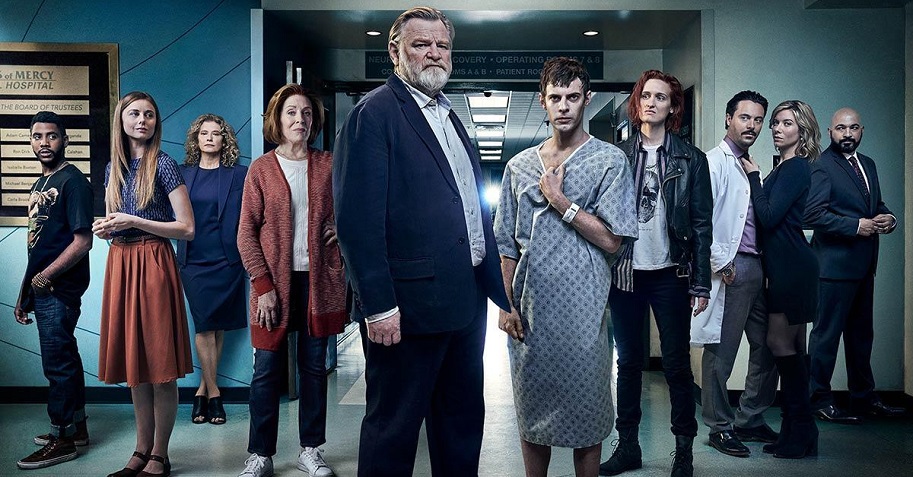 The question, I suppose, is what Bill wants the truth to be. While on some level he knows intuitively that Brady is to blame, you get the sense that he’s also hoping that’s the case; not just to feel validated, but so that he can vanquish his enemy once more – and for good, this time. At one point in “Motherboard” Bill mentions “old-school s**t”, which is a good way of describing his mentality. He has an idealistic sense of right and wrong, and believes that those who commit the most heinous acts should be punished most severely. To Bill, Brady being alive is an injustice, which is likely why he used to sit at his bedside and wait for him to wake up. He needed to be there to finish him off.

But very few other people see the logic in this. District Attorney Antonio Montez (Maximiliano Hernández) speaks with Bill at the hospital, while the police drape a sheet over Sadie’s ruined body, and at home, where he stumbles on Bill’s bulletin board and gawps aghast at the conspiracy-theorist clippings. He describes Bill’s career as “reckless” and his obsession with Brady in particular as the most reckless of all. And even Holly (Justine Lupe) is worried that Bill’s irrationality is going to cost them the business they’ve worked so hard to build; to her, work is everything, and Bill is her work. When she confides in Ida (Holland Taylor), she’s told not to depend on Bill, but to count on him. At least someone is still able to link his so-called obsessions to his sense of justice. If he believes something, it must be for a reason.

Bill’s other unlikely ally in “Motherboard” is Sadie’s mother, who visits him to berate him and then complains about him to the police, but still eventually relents and hands over Sadie’s phone when it becomes clear that there was more to her suicide than the police are willing to believe. Bill tasks Jerome (Jharrel Jerome) with hacking the device, thus revealing messages that confirm Bill’s suspicions that Brady had, somehow, found a way to communicate. “I f*****g knew it,” says Bill, staring at his bulletin board. 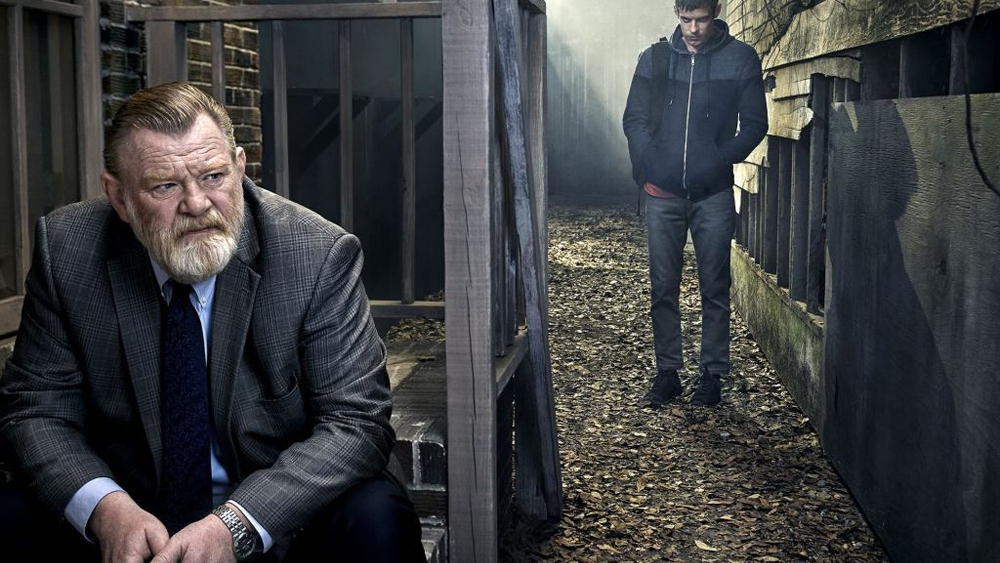 So did we, of course, even if we don’t yet know how – and neither, it seems, does Brady. It was revealed in “Motherboard” that Sadie’s epilepsy allowed Brady to get through to her, but that’s too narrow a demographic to fulfil his purposes. But it seems he can also wriggle his way through technology, as this week he possessed Al (Mike Starr) through the tablets handed out at the hospital. That has the makings of limitless influence, and that he took Al on a “joyride” far away from the hospital suggests that proximity to Brady’s comatose body isn’t required to sustain his control. Is the next step for him to seize people who don’t even get close?

The other on-going sub-plot of “Motherboard” was the wavering mental state of Lou (Breeda Wool), especially now that Steph (Samantha Massell) has had quite enough of her behaviour and moved out. Left to her own devices, Lou went out on the town, pulled a blonde, and was accosted by a homophobic thug who she promptly Mace’d and kicked the s**t out of. I can’t say he didn’t deserve it, but it’s difficult to say what purpose this storyline is going to serve as the season continues.

At the heart of Mr. Mercedes, though, is still the relationship between Bill and Brady, even though they haven’t yet interacted with each other directly in this season. But Gleeson and Treadaway still dominate their scenes; in “Motherboard” Gleeson’s frantic explosion at DA Montez was great, and Treadaway still easily steals every scene he’s in, which is high praise considering, for the most part, he’s communicating just with himself or a monitor. As these two get closer together the more compelling the show gets, and it’s only a matter of time before they inevitably collide.