“Red Light” brought Shooter to a satisfying, daring close, and things are ripe to be continued if they get picked up elsewhere.

“Red Light” brought Shooter to a satisfying, daring close, and things are ripe to be continued if they get picked up elsewhere.

This is it, folks. With “Red Light”, the third season of Shooter came to an end, and so did Shooter itself. The show might have never aspired to the heights of prestige television, but it was a consistently tightly-wound and enjoyable genre exercise that had a good, respectable run. And if Netflix or some other platform or channel decides to pick it up, they’ll find it in a good place.

What they won’t find, unfortunately, is Julie Swagger (Shantel VanSanten), who was shot dead by Red Bama (Gerald McRaney) as one final f**k you to Bob Lee (Ryan Phillippe) for ruining all Atlas’s nefarious plans. It was a ballsy development, and it came just as Julie had scraped her way through an extended firefight with Bama’s hired goons. As far as action set-pieces go, that might have been the best of the series, partly because you just knew someone was going to bite it. My money was on Sherriff Brown (John Marshall Jones), but that’s why I don’t gamble.

As for where that puts Bob Lee as a character, well… who knows? Phillippe delivered some fine farewell acting, and showed up in a “three months later” coda to enact his revenge in a sequence that felt like a deliberate homage to the Mark Wahlberg movie. I can’t be alone in wanting to see him unburdened from his family responsibilities and totally off-the-rails, but then again he can’t leave Mary (Lexy Kolker) in the care of Julie’s sister – despite her not being revealed as a conspirator in “Red Light”, I still don’t trust her. 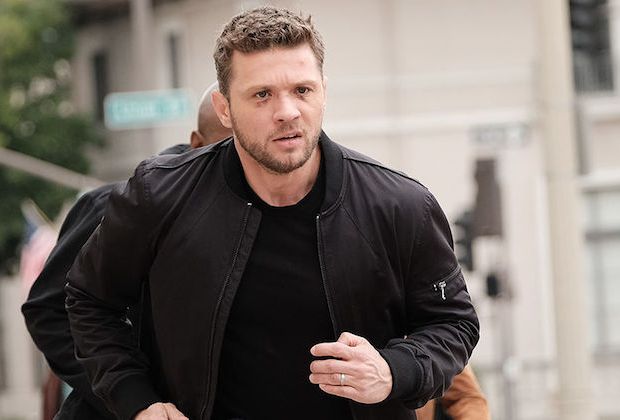 And then there’s Atlas – or should I say “Prometheus”, which is what Nadine (Cynthia Addai-Robinson) and Isaac (Omar Epps) have decided to rename it now they’re in control. Those two functioning as influencers of world events and Bob Lee as traumatised trigger-man sounds like a dynamite setup for a fourth season, but Shooter doesn’t strike me as the kind of show that people will petition for. I guess we’ll see.

“Red Light” was a strong finale. It snipped off all the lingering plot threads, had some climactic set-pieces, managed to evoke a legitimate feeling of tension and set things up capably for a continuation that might not ever arrive. Shooter really doesn’t get enough credit for simple, nuts-and-bolts storytelling. It was a fine show. It’ll be missed.