Thanks to some much-needed character development, Ballers provides the best episode in weeks.

Thanks to some much-needed character development, Ballers provides the best episode in weeks.

The good news is that thanks to Patrick Mahommes (fellow Red Raider), I am killing it in Fantasy Football this week. The bad news is that in the Fantasy Sports world of Ballers, the Q (Eli Goree) is a dirty high school player turned investor plot is still happening. But maybe, like Ricky (John David Washington), things are looking up.

It’s going to be like the Sting, Spence (Dwayne Johnson) promises Q as they visit the Southern Cal campus where he will do his time until he is NFL eligible. Play the game, reap the rewards. SC certainly makes a strong showing with a stadium full of fans and a jet flyover. I would say this is pretty over the top, but I know some college teams that would do this type of stuff to bring home a recruit if they thought it would work. Of course, the SC player giving the state of the art facility tour is every bad cliche–a white lug-head who isn’t clear on what classes he’s taking because he doesn’t have to be. He advises Q to wear a school hoodie to get freebies; Q notes that wearing a hoodie at night is a good way to get shot. “No Small Talk” benefited from moments like these, where we see that Q is not just a great football player; he’s smart, shrewd, and evidently a film buff.

However, that isn’t the important part. Here is Spencer’s move: Q will sign, but only if Spencer’s company gets the SC TV rights. This is a big play that doesn’t look like it will make it past the first quarter due to some bad blood from Spencer’s past. Ballers fans know this is pretty standard fare. Spencer has an innate gift at causing friction with people who will someday control his fate. This go around, it’s a board member who wants to set the record straight about who is responsible for his brother William’s death. William was depressed, but he was also a habitual pill popper (seems to run in the family). The system consumed him and spit him out. Like all athletes, he was only useful when he was winning, only valuable when he could play. Although the spin on this scene isn’t particularly subtle, it makes a valid point about how athletics treats the players, something touched on earlier in the season. Once they move beyond the troubled past, the asking price of $200 million is still too high for our hero.

When Spence tries to tell Q the deal is off, pulling him out of a campus screening of True Romance, his youngling is not quite so cooperative. Turns out Q wants to get an education and maybe spend some more time with the pretty film student who cut his recruiting reel. Bad news for Spencer is that he has to make the deal happen, somehow. Hopefully, however that goes down, he will realize he is as guilty of manipulating this young athlete as the establishments he raged against just a few scenes before. 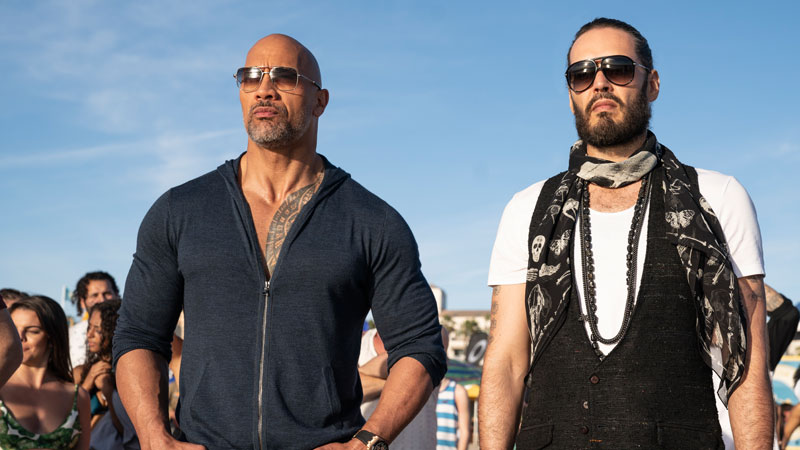 Since Spence apparently doesn’t actually go to the SportsX office anymore, Joe (Rob Corddry) is running command centre, hoping to land a super elite skateboard team and reassuring Reggie (London Brown) that investors shouldn’t be wary. For once, Joe’s motor mouth seems to serve him well. It may not land him some skaters, but it does gain him some respect from Reggie. I am a fan of this second string smart mouth pairing. More Reggie and Joe, please.

While Q has repeatedly said he wants to get paid because there is no doubt he will play, Ricky has been paid and now just wants a second chance to play. Charles (Omar Miller) certainly sees that desperation, especially when Ricky turns up with Jason (Troy Garity) at a preseason party. In the end, Charles takes the chance on Ricky, just like I keep taking a chance on Ballers.

I called out the Q-TV plotline last week for making Spencer unlikeable. I still concur with that. However, there is potential. Spencer’s blase attitude towards Q’s mom (dating-ish), his seething frustration in most of “No Small Talk”–it has possibilities to actually push Spencer into something more. Take him down to build him back up, so to speak. Next week’s episode looks promising. Here’s hoping for continued improvement.