Wanderlust Episode 3 proves that Nick Payne’s relationship drama just isn’t as funny or insightful as it thinks it is.

Wanderlust Episode 3 proves that Nick Payne’s relationship drama just isn’t as funny or insightful as it thinks it is.

I am firmly behind Tom (Joe Hurst), the dorky son of Joy (Toni Collette) and Alan (Steven Mackintosh) who in Wanderlust Episode 3 tried – and I mean really tried – to lose his virginity. The poor lad went out of his way to practice on his smitten bestie, Michelle (Isis Hainsworth), which was predictably awkward, and finally found himself one-on-one with the girl of his dreams. At a house party, no less. This was his time, his big moment. And he broke the cardinal rule.

Here’s a pro tip, boys: If you find yourself in a situation where sex is likely to happen, just keep your f*****g mouth shut. Nothing you can say will possibly help, as Tom found out to his detriment.

Admittedly, he got a conversation out of it – but the conversation turned to Zadie Smith tickets, so can it really be counted as an achievement? What we’re supposed to buy into – what Wanderlust Episode 3 tried desperately to convince us of – is that the sexless outcome was the better one. These two, secure in their insecurities, would probably look back at this awkward flailing with fond, thankful nostalgia one day. But the reality is Tom wanted to get laid, and he didn’t because he can’t keep his dopey mouth shut.

This isn’t supposed to be a theme of Wanderlust, but it’s becoming one whether the show likes it or not. Almost everyone talked their way into problems this week, even if some managed to talk their way back out of them by the end. Claire (Zawe Ashton) admitted to Alan that she’s getting a bit more into him than she agreed to, and Alan decided that would cause problems for his marriage. (Is it just me, or is it rather obvious that his marriage probably isn’t salvageable?) Then Alan decided that he was pretty into Claire after all – listening to Warren G in the car did the trick, embarrassingly – and so he ended the episode at her candlelit marijuana-scented boudoir. 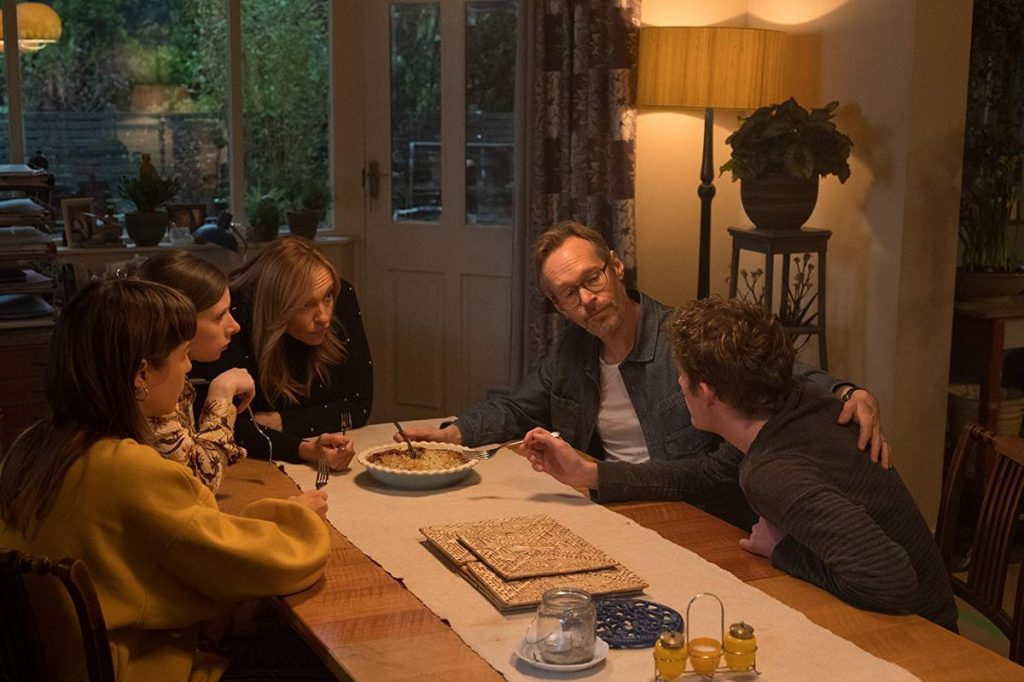 Joy was faring slightly better, but also quite a bit worse, depending on your perspective. First she went on a date with Marc with a C (Dylan Edwards), the charismatic young gadabout she met last week, and that went pretty well. He’s too young to give much of a s**t about commitment, least of all to a married mother of three, so they had some noodles and a bit of a smooch and all went well. Then she hooked up with an old flame, Lawrence (Paul Kaye), and found herself compelled by the allure of his hairline. But what’s important is that she stopped herself. She promised Alan, after all. No pesky feelings, no intimacy, just lusty extramarital dalliances in the service of a happy home. So she walked away – conveniently just as Alan was getting stuck into Claire.

I’m sure that will bode well.

In other news, Laura (Celeste Dring) went for dinner with Jason (Royce Pierreson), who you’ll recall is her mother’s psychotherapy client, and got some extra dessert, so to speak. Naomi (Emma d’Arcy), the other daughter, got some dessert of her own round at Rita’s (Anastasia Hille), but in that case it was actually dessert. I’ve now typed dessert so many times that it doesn’t mean anything anymore, which is fitting really, as neither does Wanderlust.

Sorry, but it’s true. Nick Payne’s relationship drama isn’t half as funny or as insightful as it thinks it is; it’s re-treading familiar ground and hoping the great performances mean you won’t notice. But we’ve seen all this before, many times, and Wanderlust Episode 3 gave me no inclination that it’s worth seeing again. At several points I found myself wishing that the show would listen to the advice I gave poor Tom at the top: Please, just f*****g shut up.