CBS’ Magnum P.I. reboot might have a less charismatic lead (and no ‘tache!) but it’s a pacey, action-packed procedural that’s easy viewing.

CBS’ Magnum P.I. reboot might have a less charismatic lead (and no ‘tache!) but it’s a pacey, action-packed procedural that’s easy viewing.

You might be wondering if anything is sacred in our glossy age of reboots and remakes and remasters and the answer, clearly, would be no. Not even Magnum P.I., which ran throughout the 80s with a moustachioed Tom Selleck in the title role and an exotic Hawaiian backdrop for him to race his Ferrari around in each week. In CBS’ new reboot of the series, Jay Hernandez is playing Magnum, but the tropical paradise is still intact, as is the Ferrari – for a while, anyway.

Yes, the show’s premiere, “I Saw the Sun Rise”, gets Magnum P.I. off to a breathless start, with shootouts and chases and punch-ups and the demolition of luxury Italian sports cars. This is as it should be. If you want deep, complex and thoughtful storytelling, you won’t find it here. Nor should you be looking for it. But if you want to watch an implausibly handsome man flirt and fight his way through weekly criminal conspiracies, this is the show for you. And I’m quite okay with that.

I must concede, though, that Hernandez is no Selleck. But does he need to be? Yeah, charisma’s nice and all, but sometimes all you need is a bloke who’s just credible enough as a tough guy or a lothario or a rebel for stuff to happen around him, which is a role that Hernandez fills neatly enough. It certainly helps that his snooty foil, Higgins, has been gender-swapped, so he’s now a sexy ex-MI6 a*s-kicking chick played by Perdita Weeks. 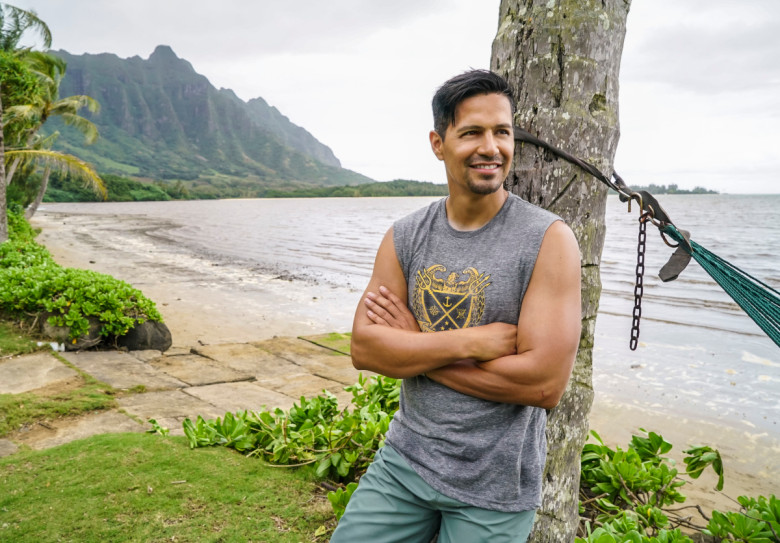 If you recall Magnum’s crime-fighting buddies, T.C. and Rick, fear not – they’re here too. T.C. (Stephen Hill) is the chopper pilot and Rick (Zachary Knighton) is the ludicrously well-connected man about town. They all still lounge around on a tropical estate, where Higgins’ Dobermans, Zeus and Apollo, patrol the grounds while she, perhaps predictably, practices yoga. They also have a best bud, Sebastian Nuzzo (Domenick Lombardozzi), who’s summarily killed off in “I Saw the Sun Rise” to give the central trio something to get riled up about.

This is all good fun. No, it’s not great – of course it isn’t – but if you’re in the market for some dumb-fun TV in this era of prestige dramas, look no further than Magnum P.I. And I hardly even thought about the moustache.