FOX’s new sitcom The Cool Kids is a surprisingly funny, charming look at getting old, getting on, and getting in trouble.

FOX’s new sitcom The Cool Kids is a surprisingly funny, charming look at getting old, getting on, and getting in trouble.


The Cool Kids is about death, in a roundabout sort of way, but you shouldn’t let that put you off. The bony embrace comes to us all; what matters is how much trouble you can stir up before it catches you. That’s according to FOX’s new sitcom, anyway, which takes place in a retirement home that bizarrely parallels the transgressive rule-bending vibe of a teen comedy, while focusing on four seniors who have already put most of their lives in the rear-view mirror.

Hank (David Alan Grier), Charlie (Martin Mull), and Sid (Leslie Jordan) are the so-called “cool kids”, at least according to Hank, who is having difficulty processing the death of their friend, Jerry – especially when newcomer Margaret (Vicki Lawrence) arrives and quite literally takes his seat. Jerry’s spectre looms over the premiere, but not in a depressing way. His passing is a reminder that one day all their lives will be reduced to an urn of ashes and a conciliatory cheese plate, but also that in the meantime it might be worth enjoying the life you have left.

The Cool Kids treads slippered feet over the fine line between reality and morbidity, but to the show’s credit it is very well constructed (it was co-created by It’s Always Sunny in Philadelphia star Charlie Day and Paul Fruchbom), enthusiastically performed and legitimately funny. Daring too, in its way. You’ll notice quickly that Hank is black, Sid is gay and Margaret is a woman, and the jokes never let you forget it. Nothing’s offensive or mean-spirited; on the contrary, the gags get at what’s fundamental and real about how friendship is learning to laugh along at your own expense. 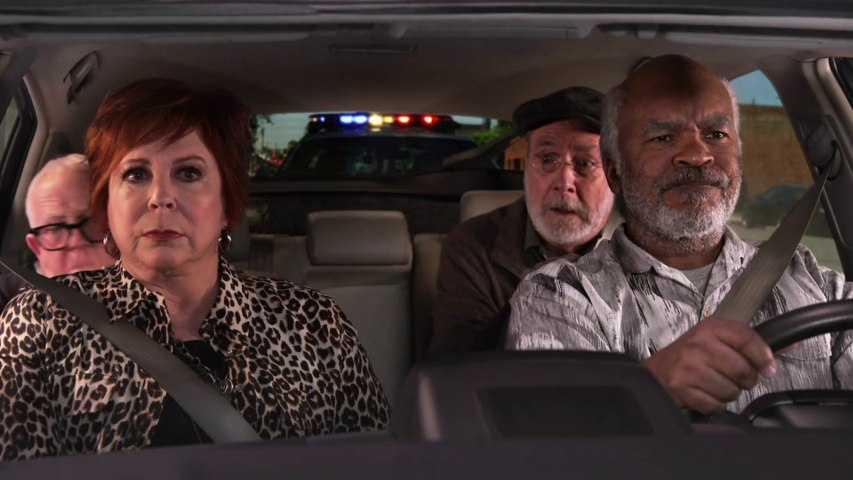 The clever undercurrent of the premiere is how senior living isn’t that much different from growing up; being resentful of restriction, being herded by authority figures, all while just trying to throw off the reins and have fun. There are local cliques to navigate and Charlie, much like Jay from The Inbetweeners, has a no doubt made-up anecdote for every occasion. It culminates in a scene in which the oldies are unable to purchase alcohol because they don’t have photo ID.

Jokes like that might not be able to sustain a full season, but they’ll do for now. It’s refreshing, too, to see older characters – and, by extension, actors – given starring roles rather than being shuffled into the margins, and if your mileage with The Cool Kids varies, it’ll be due to your tolerance for multi-camera comedies with laugh tracks, not for the cast. But the show’s charming, with a winning formula, and is probably worth checking out at least once.